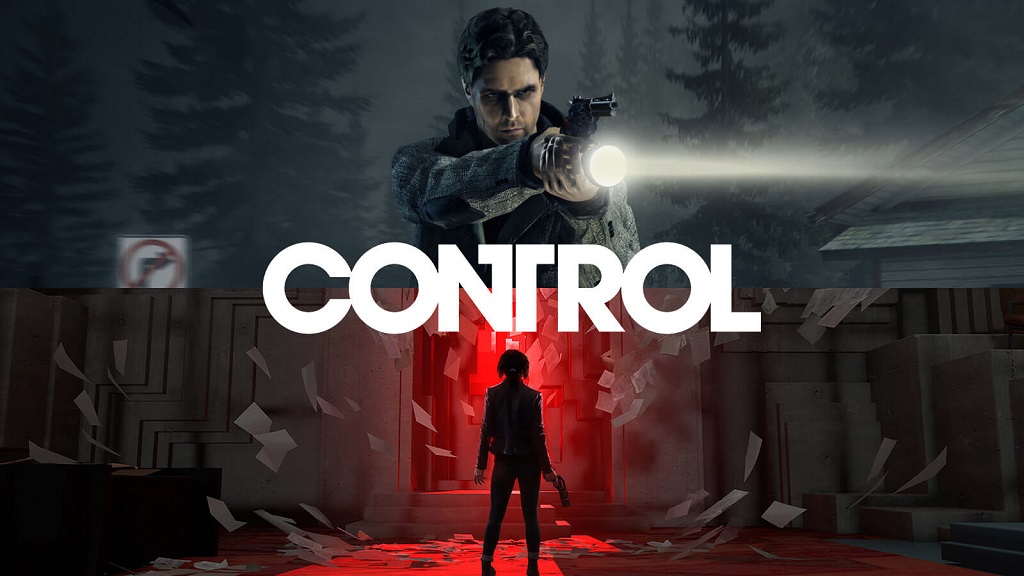 Following in the wake of the highly satisfying first Control expansion, The Foundation, AWE (which stands for Altered World Event) comes right out of the gate swinging. It proves to be just as satisfying and engaging as its predecessor, albeit in different ways.

For months there has been speculation as to whether developer Remedy would provide any resolution to the fate of its famous fictional author, Alan Wake, from the titular 2010 game. Documents found in Control’s main game heavily referenced him and the supernatural events which took place in the town of Bright Falls, Washington, but other than interesting Easter eggs, no concrete connections had been confirmed. Now, at last, we have some answers, and boy, what a revelation they are. AWE promptly starts with the newly appointed director of the Federal Bureau of Control, Jesse Faden, tasked with exploring the depths of the Investigations Section, which houses several conspicuous AWE investigations. While there, she experiences psychedelic visions from a tormented writer looking for a way to plausibly write himself out of the darkness that has trapped him for the past ten years.

Once in the Investigations Sector, Jesse uncovers documents about the prior investigation of the Bright Falls, WA, Altered World Event and the disappearance of the famous writer Alan Wake. Things only get spookier from there, as she must face a new threat from Wake’s past, which has breached FBC containment and is now hunting down bureau agents and Hiss alike down in the bowels of the Oldest House.

Without giving away too much of the story, I will say that it met my high expectations. It’s a wild ride with ten years of build up behind it, and it did not disappoint. I’ve always been extremely impressed by the way game writer Sam Lake and company craft such beautifully meta stories that expertly mix heady existential themes with a heavy, yet confident narrative voice. AWE seamlessly combines the wonderfully abstract world of Control with the deftly realized, physiologically charged world of Alan Wake.

Those who haven’t played Alan Wake won’t be lost entirely if they jump into AWE first, as it provides enough context to get the basic gist of what’s going on. Still, I highly recommend anyone who hasn’t played Alan Wake to pick it up and play it as soon as possible. Now that Remedy has the rights to the series back, maybe we can look forward to a new remaster on next-gen consoles soon. Jesse will face off against several new threats in the Investigations Sector, including levitating Hiss snipers with a killer aim and shots that deal massive amounts of damage, and a living darkness that has taken over parts of the sector. She must utilize nearby mobile light sources to burn the dark away.

Similar to The Foundation DLC, AWE encourages lots of exploration with enticing documents and hidden resource containers to uncover. I sought out and devoured any information I could find related to Wake, and boy is there a good bit of it in the documents and environments scattered around the sector. The new expansion also includes a slew of side missions to complete, like purging hidden spots of darkness, clearing away hidden sections of noxious mold, and interacting with a pair of brand-new Altered Items. These optional quests give you additional ability points, allowing you to further upgrade your arsenal of “parautilitarian” abilities via the ability skill tree.

For the most part, enemy encounters are challenging, although one fight toward the end felt cheap and wasn’t helped by the old trope of a regenerating health bar mixed with numerous waves of heavily armed backup enemies. Even skilled players will need to use all their abilities along with the service weapon to survive. I strongly recommend pacing out your powers bar and taking advantage of the defensive shield ability to take on the various levitating and ground-based enemies.

Puzzles are also engaging and feel well thought out for the most part. Having said that, about halfway through the expansion, I came to an area where you had to use electricity blocks to light up a large room. I had to replay this section multiple times, looking for a puzzle piece that wasn’t there before I finally realized I just had to use the pieces I had in a different configuration to solve the environmental puzzle. Unfortunately, it took me dying multiple times to figure this out. 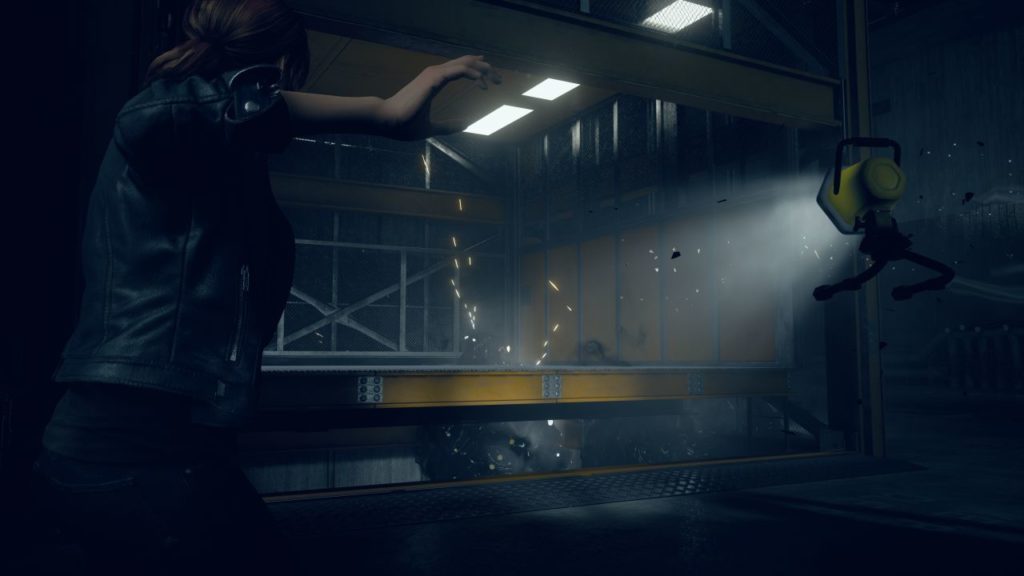 Overall, AWE is another solid chapter in the phenomenal story of Control. It’s appropriately dark, spooky, and cerebral, and delivers on its promise of the return of everyone’s favorite fictional author. While I probably had more fun traversing the cavernous underground sections in The Foundation, I was more excited and engaged by the story and events in AWE. While its environments aren’t quite as expansive, exploring the shadowy locales of the Investigations Sector is frequently rewarding, even if the experience is slightly marred by some cheap combat sections and overpowered enemies in the latter half. None of those gripes killed the experience for me, however, and overall, I still had a great time with this new expansion.

AWE successfully forms a plausible and compelling connection between the worlds of Control and Alan Wake and meticulously lays the groundwork for a potential sequel to the latter. I can’t wait to see where the story goes from here.