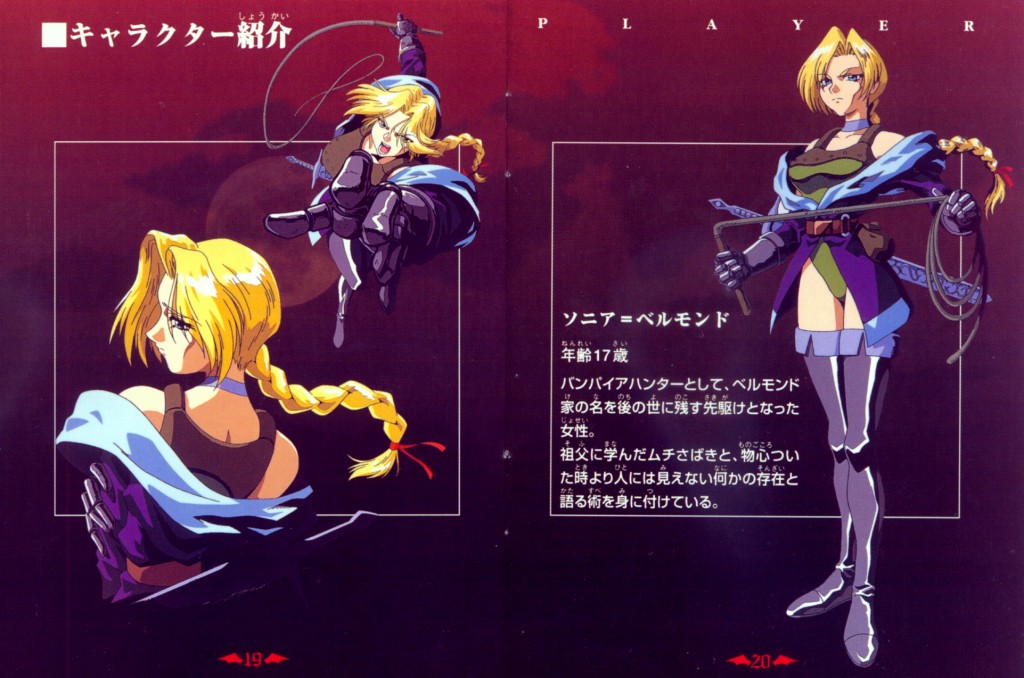 Castlevania Legends takes place in the year 1450, many years after Leon Belmont first encountered Dracula.  A long descendant of Leon, Sonia, lives on and as Dracula rises and begins covering the land in darkness, she steps up to defend against it.

This title is a bit different than the others.  All of the basics are here; side-scrolling gameplay, whips, bats, etc., but there are some interesting differences to note.  On several occasions Sonia will find herself in a trap that requires her to vanquish all enemies before proceeding once more.  It was an interesting concept, but ultimately proved to be more of a nuisance than add to the depth of the game.  Aside from that, the mechanics are generally the same.  Stiff movements require perfect timing and execution to survive this journey as it does in all of the classic Castlevania titles.  I found myself falling into pits, getting knocked off of chains, and -with an ill-timed jump- lost in the middle of a few bad guys where I met my untimely fate.  While the mechanics of early Castlevanias can be extremely frustrating, this game cannot be judged on that -as for the time of its release, they worked just fine and it is a Gameboy title. 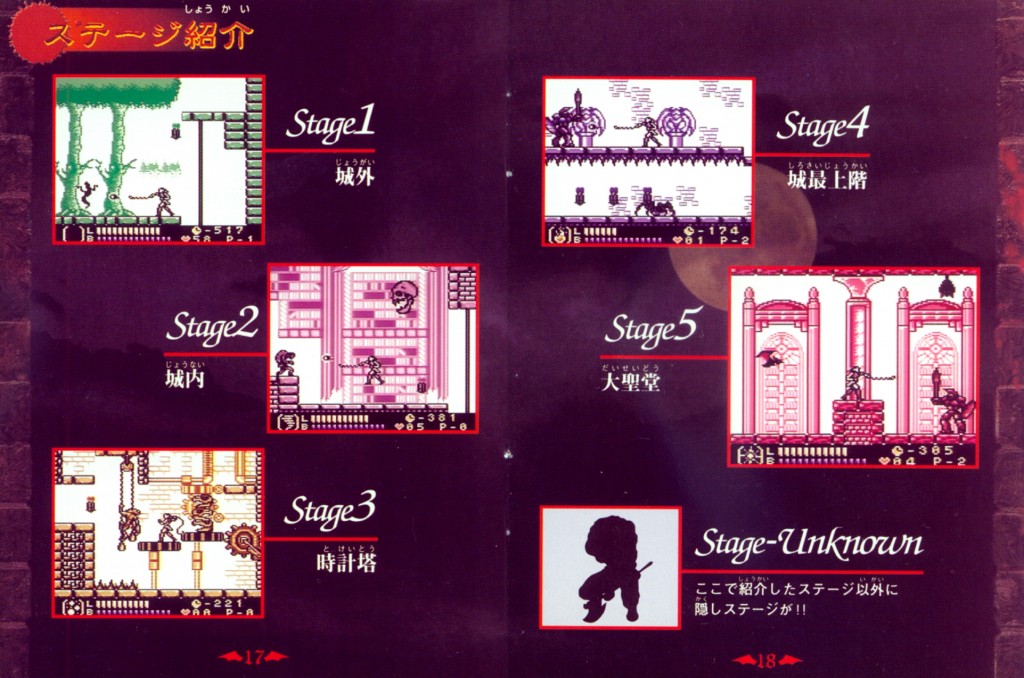 Enemies in this game also differ from those you might normally see in any other title of the series.  Yes there are bats and skull statues, but there are also some very unimaginative apparitions floating around randomly.  While ghosts aren’t new to the series, the sprites used in this game are a little off-the-wall and don’t seem to hold the same quality as those before.  We also encounter chain-climbing lizards that spit fireballs at us at inopportune times or appear above us as we ascend a chain.  Believe me when I say they get very annoying.  Along with different enemies come bosses that differ as well. One notable boss however is none other than Alucard, son of Dracula and dear friend of Sonia Belmont.

Another aspect of this game that should be mentioned is the music.  However many anthems and memorable melodies from the series there may be, none have come from this game.  That’s not to say the music is terrible, because it’s not, but it doesn’t hold the same groove as in even the first title.  The songs have many layers and are elegant in nature, but ultimately fall short of Castlevania quality.

While this title isn’t ground-breaking or even a major improvement from its predecessors, it is still a fun game that keeps you entertained -and annoyed.  The graphics for the game fit nicely on the Gameboy and you can tell the designers took some pride in their work to create nice environments and, for the most part, intricate enemies.  For all of its standard qualities comes an interesting ending that I will not give away.  Play the game if you’re a fan of old-school games and are in need of a little classic frustration that only old Castlevania titles can deliver.  It’s not the best game in the series, but it isn’t the worst either.  Sonia Belmont is a worthy protagonist. 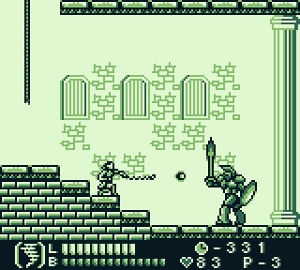