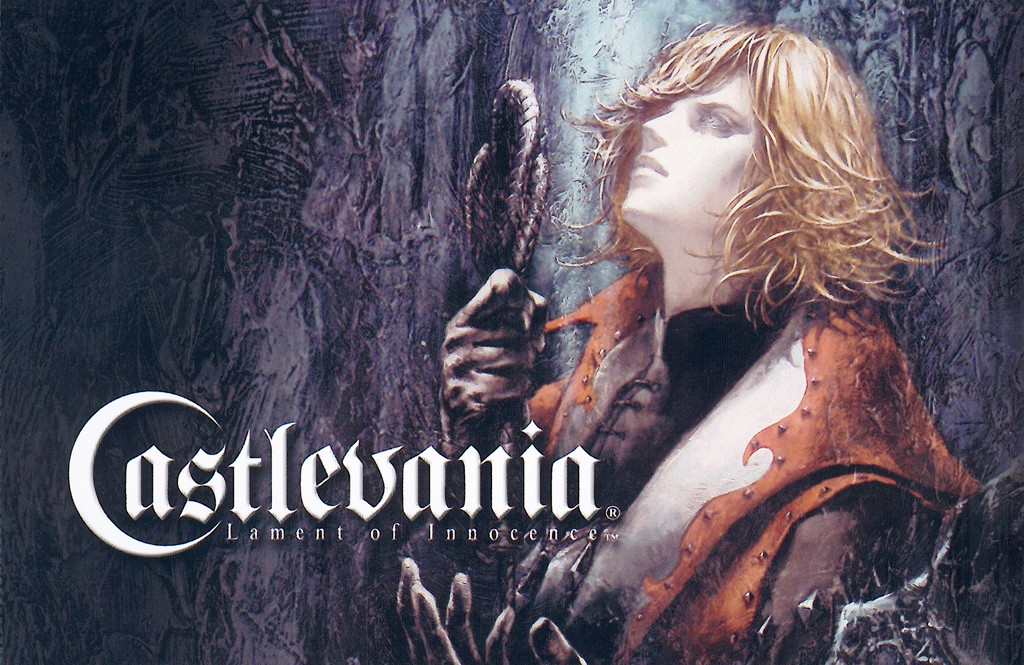 Nintendo 64 had two Castlevania titles, both were fun yet extremely frustrating (as are the original NES titles).  They mark the series’ first leap into the 3rd dimension and for all intents and purposes they succeeded, but not without due criticism.  Meanwhile, on the Playstation, Symphony of the Night released to a critical acclaim that few games ever see, sticking with the series’ roots in side-scrolling action and adding the depth and mechanics of an RPG and combining them with those of Metroid.  The consoles would receive no other titles until well into the Playstation 2’s lengthy run.

I remember hearing about Castlevania: Lament of Innocence; it was on my birthday, October 24th, just days after its release.  As big of a fan of Castlevania as I am, (and was at the time) I had been a little out of the loop due to my classes in high school…I think I was more focused on the fact I was about to graduate in a few months.  As soon as I realized a new ‘vania was out and ready to play, I quickly phoned my friend who had yet to make it to my house for the birthday celebration and told him to pick it up and I’d pay him back.  As he always does, he came through for me and walked into my house, Lament of Innocence in hand (on a side note he decided it would be his gift to me for my birthday – cue 80’s audience track: “aawwwwwww”). 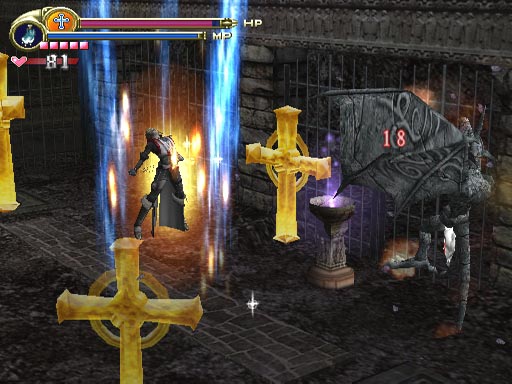 To be fair, Castlevania’s previous 3D titles were fun, but lacking on the N64.  This venture promised to be better and more involving, telling a tale that would officially be declared the start of the beloved series.  I truly enjoyed this title, not because of my fandom, but it truly is a fun and memorable game -especially for the Castlevania name.  The gameplay is smooth and definitely pulls influence from Devil May Cry, but is tweaked to accommodate Castlevania’s own elements.  While the combos may not be as complex as DMC, they are still satisfying and keep the player engaged throughout any battle.  Leon has both light and heavy attacks, which offer different results depending on your selected combinations and he also has a plethora of sub-weapons (a staple in the series) to aid in battle. 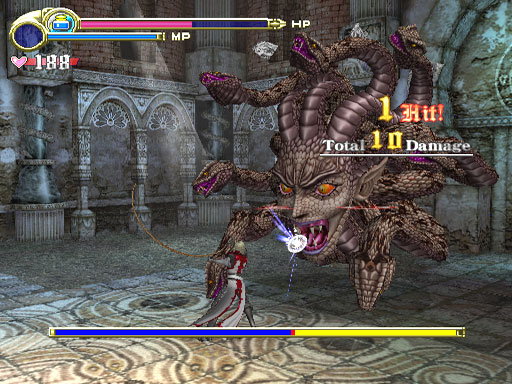 Graphically the game is a huge step forward from its predecessors.  The creators did a phenomenal job creating an interactive environment that is both haunting and beautiful.  Each area has its own atmosphere and look, providing a unique experience in any area the player may encounter.  Particularly interesting and immersive environments are those of the Ghostly Theater and The Garden Forgotten By Time.  On the other hand, the character models aren’t exactly great, but for the time they were definitely decent.

Of course, a Castlevania title would not be complete without music; from the first entry, the series has had epic and memorable themes and this title is no different.  Michiru Yamane’s score is amazing and really helps bring the player into the world created.  The compositions in Lament of Innocence range from graceful and elegant to high tension and fast in pace.  In particular, Leon’s Theme is an equal mixture of desperation and elegance with its pianos and orchestra. 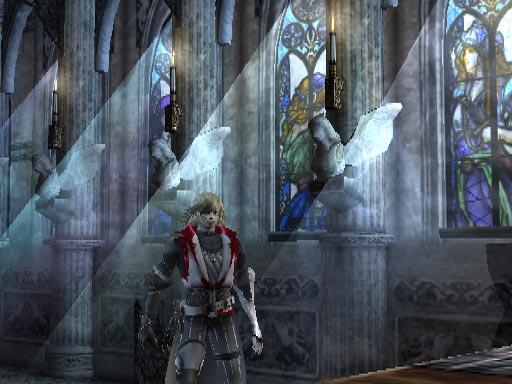 Lament of Innocent’s storyline sees Leon Belmont fighting to rescue his betrothed from a vampire who kidnapped her.  Once on her trail, things quickly escalate and Leon gets trapped in a forest surrounding the mysterious castle he must penetrate.  Along the way, Rinaldo Gandolfi -a weapons master who helps Leon whenever he can- informs him of the vampire’s plans and any options Leon may have to acquire his beloved Sara.  For a prequel to an already well-established series, Lament of Innocence does a great job of setting everything up with a great and tragic story.  Without giving anything away, we find out where and how Dracula emerged, how the Vampire Killer whip gained its abilities, and how the Belmonts came to protect the land so long as their blood lives on.

Lament of Innocence is not problem-free, the voice acting is a little over-the-top and can be painful to listen to at times, but the overall experience is memorable and fun.  From the gameplay, story and music to the beautiful landscapes we traverse, Lament of Innocence delivers a grand beginning to Castlevania’s already extensive story with ease and secures itself nicely into the mythology.  If you have yet to play the game and are a fan of the series, definitely give this one a try; many features lend to its success, such as smooth and fun gameplay and delivering a fantastic beginning to one of gaming’s most cherished franchises.