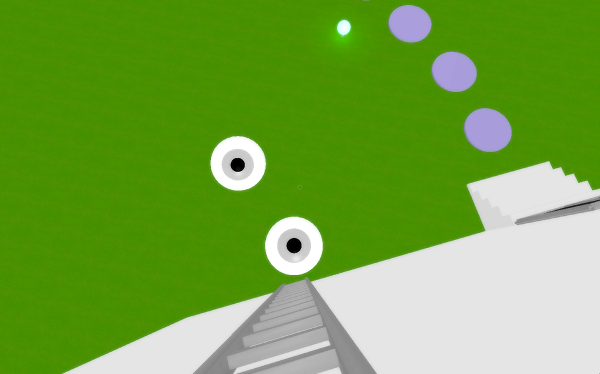 Developed by indie studio The Loneliest Pixel, Brighter Day is a game that parodies the trends of the modern horror industry. While it offers typical gameplay in the form of exploring an area with monsters until you find the way forward, what sets it apart is the comedy and atmosphere. It’s still a horror game and it definitely plays like one, but it looks and sounds like something you’d expect from a kid’s game. While this is strangely entertaining for a few minutes, it did little to stave of the boredom once the gameplay began to grind my gears.

Set in the Brighter Day treatment center, the game casts the player in the role of an anonymous patient. The plot kicks off in medias res, so you are forced to do a bit of exploring to puzzle together what happened. It becomes clear soon after that 1) you are the only (living) human still around and 2) there are eerie eyeballs floating around that kill you when touched. 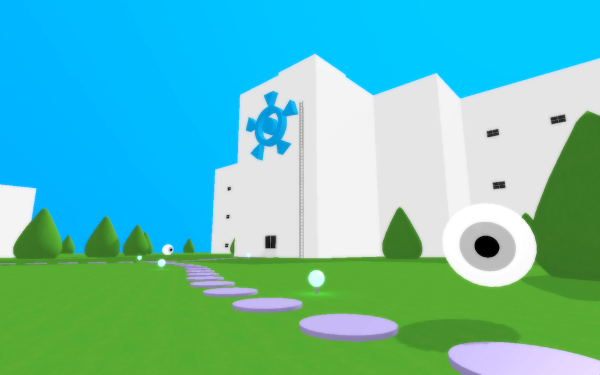 I actually think the first stage of the game is pretty excellent, offering a multi-floored asylum for the player to explore at their leisure. There are computer screens that reveal more of the plot, books with comedic titles that poke fun at the horror genre and its trappings, and tons of motivational posters that make for fun distractions. The gameplay is quite simple, though, as you move with WASD and switch to running with Shift. There is not much to interact with and your only advanced move is throwing pills to distract the eyeballs with. Later on you gain additional means to bypass your foes, but that is the gist of it.

The only real challenge is finding out where you need to go and this can actually be troublesome because areas are large. If you already know, then getting to your destination is possible in a matter of seconds, but until then you’ll find yourself stumbling about, trying not to be glared to death. The problem is that this quickly became boring, especially after the interesting asylum stage led me to a garden level, since after that there were no more funny jokes or posters to look at. It then didn’t take much longer for me to tire of the game. 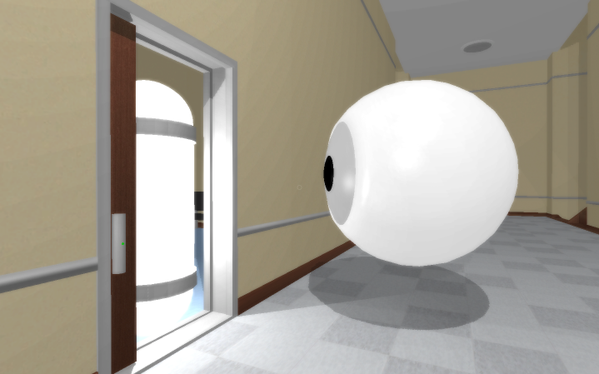 Whereas gameplay is a major letdown, I do commend The Loneliest Pixel for delivering on their promise to make this “the most colorful horror game ever.” Instead of the usual, “scary” hallways, you’ll be running around fully-lit, vibrant areas that utilize very little shading. Most of the game is presented in flat colors and it looks gorgeous, especially when looking out of the window from the asylum. Likewise, the music is very calm and serene, but swells up whenever the player runs, lending it a sense of urgency. The sound-effects of the eyeballs are, in turn, ominous and cut off the calm music whenever they catch the player.

It would be awesome if this non-conformity carried over into the gameplay, but it was not meant to be and I stopped caring when I was asked to go explore a dark cave, where even the vibrant colors became few and few between. No thanks.