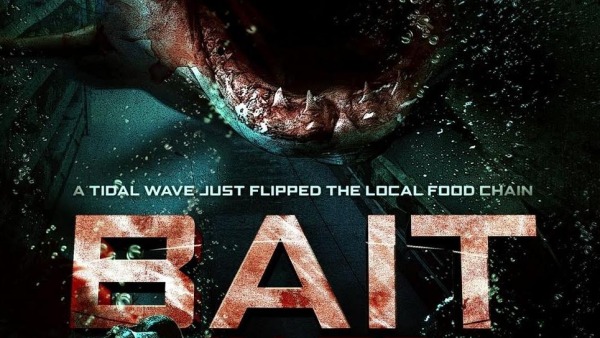 Sharks are terrifying creatures. It is also one of the many reasons why people fear open water. Decades ago, Jaws had taught us that using these predators of the sea is a very effective method of instilling fear into moviegoers.

There has been a lot of shark movies out there that wanted to achieve what Jaws did, many have failed and few were somewhat decent. Here comes Bait (the film is also available in 3D), a newcomer to the creature feature that hopes to bring something new to the table: sharks in a supermarket, and yes you heard that right. 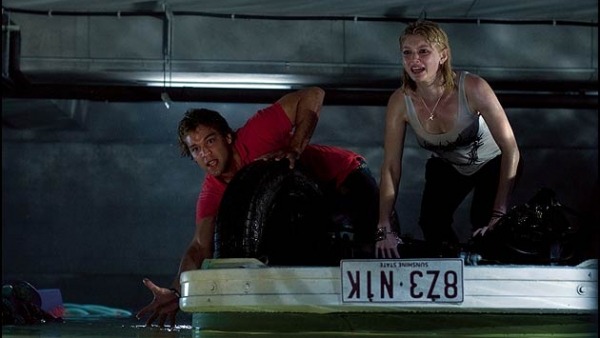 The 2D version of the film was viewed for this review.

Bait starts off with setting up the mood of the entire film in a more serious tone. We have our main hero here, Josh, who is shown to be suffering from a dark past. Then we have our main girl, who is of course our boy’s ex-girlfriend. Other characters are then randomly introduced as we get to the film’s main setting, the supermarket. There’s the manager whom everybody dislikes, the shoplifter, the security guard and etc. There were some sub-plots that were introduced that I felt were so unnecessary and they did not bring anything to the film. They were just another excuse to add more items to the shark’s dinner menu. 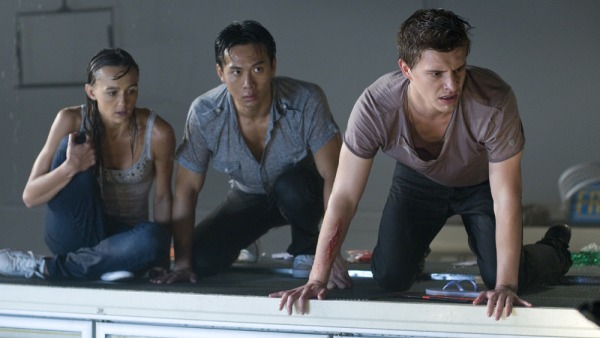 At this point, the film is pretty much headed into B-movie territory, not that I’m complaining but the problem is it takes itself too seriously. Next thing you know, a tidal wave hit’s the city and our cast is trapped in the local grocery store. What I liked about Bait is that it didn’t feel the need to have the guts and gore every 5 minutes. The deaths were very far and few, however, they were not very creative. The dialogue in some scenes were pretty bad but there are moments in the film that shines, mostly with some convincing acting from Sharnie Vinson (who plays Tina) and Xavier Samuel who plays our hero Josh. The story for the most part was straight forward and easy to follow and this works well with the film’s premise. 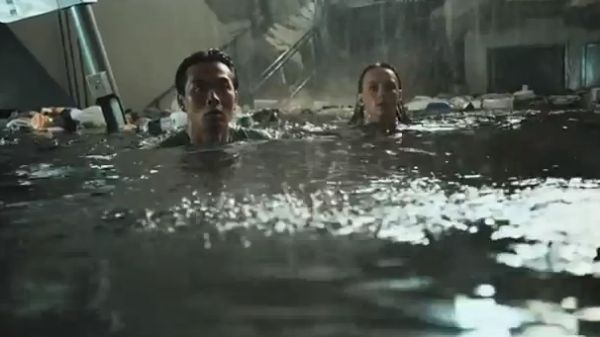 For a production with low budget, the film actually looks great. Its very fluid and crisp on the 1080 screen. However, mainly because the film is made to be viewed in 3D, the CG effects (especially the blood and the sharks) were pretty awful to look at, as well as the in-your-face 3D effects. The audio is quite excellent, ambient sounds like the ocean waters were clear and very satisfying. The blu-ray package includes the DVD version of the film, unfortunately, the special features only contains a lame conceptual art gallery. 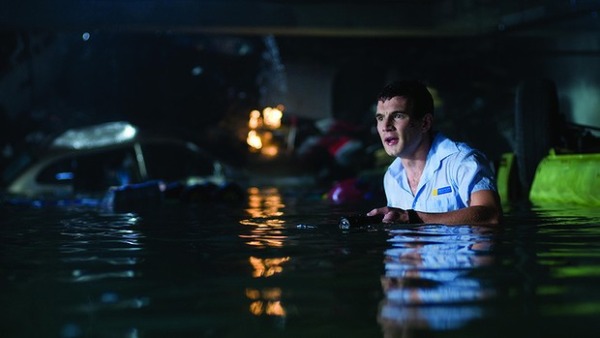 As a new addition to the library of Jaws ‘wannabes‘, Bait sets itself apart by introducing a unique way of bringing these hungry predators off the ocean shore. It is actually quite entertaining even with its ridiculous storyline, but it definitely just cater to a certain audience. People who are just willing to waste a few hours of their time and enjoy another
B-movie night will find something decent in the film. I say the movie deserves a one time viewing if you’re a fan of creature features, otherwise, there’s nothing here that will get you hooked up.