Spike Chunsoft: “Something” Might Happen with Suda 51’s Michigan: Report from Hell 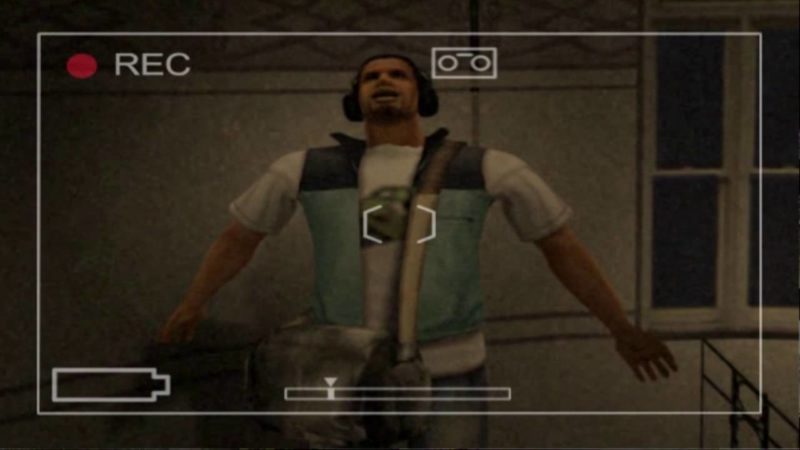 Developer Spike Chunsoft is better known for the wonderfully wild Danganronpa and Zero Escape series of horror-mystery games these days, but did you know that back in 2004 the studio (or the ‘Spike’ half of it, at least) published a little survival horror title called Michigan: Report from Hell? Well, according to an interview with Spike Chunsoft CEO Mitsutoshi Sakurai, the studio “[wants] to do something with Michigan one more time.”

Michigan, which was dreamed up by visionary weirdo Suda 51 (because of course it was), is played entirely in first-person through the lens of a camera. The player takes control of a cameraman investigating a bizarre fog that seems to be mutating people into fleshy, fanged monstrosities in a sort of The-Mist-meets-The-Thing nightmare scenario. It’s a surprisingly passive experience, all things considered; the controllable cameraman is practically defenseless outside of a wimpy ram attack, with the meat of the game revolving around ‘tagging’ and recording various mysterious/horrific events rather than directly fighting monsters. It also features some of the most hilarious voice acting of all time and a story that’s equal parts creepy and comical.

Despite Michigan: Report from Hell already having a perfectly serviceable English localization (it was even released in Europe thanks to 505 Games), it never made it to North American shores in any official capacity. Hopefully, Sakurai’s interest in the title will spur a new localization or port in the style of last year’s The Silver Case remaster in the near future.

Until an official announcement comes though, the best course of action to take if you’re interested in seeing Michigan: Report from Hell make a return is to take to social media and make some noise. If Spike Chunsoft, Grasshopper Manufacture and Suda can see the desire, then perhaps we’ll get to return to The Mitten State sooner rather than later.