Duality has long since been a central motif in the Danganronpa series. Hope vs. despair; truth vs. lies; redemption vs. denigration. Perhaps it was inevitable that this dichotomous conflict would eventually be embodied by the quality of the games themselves, as is the case with Danganronpa V3: Killing Harmony: a mixed bag of elements both captivatingly brilliant and disappointingly frustrating that never manages to eclipse its incredible predecessors.

The setup should be familiar to veterans of Spike-Chunsoft and NISA’s series of murder-mystery visual novels: a bunch of students, each one excelling at a specific talent or ability and collectively called “Ultimates,” are sealed inside a school building by the mechanical monochromatic menace, Monokuma, who informs the Ultimates that their only way out is to murder one of their classmates and escape detection in a class trial (in which the punishment for getting caught is a custom-made ironic execution). Players take control of Ultimate Pianist Kaede Akamatsu, a spunky young woman determined to end the twisted game of death and escape to the outside world with the other fifteen students. 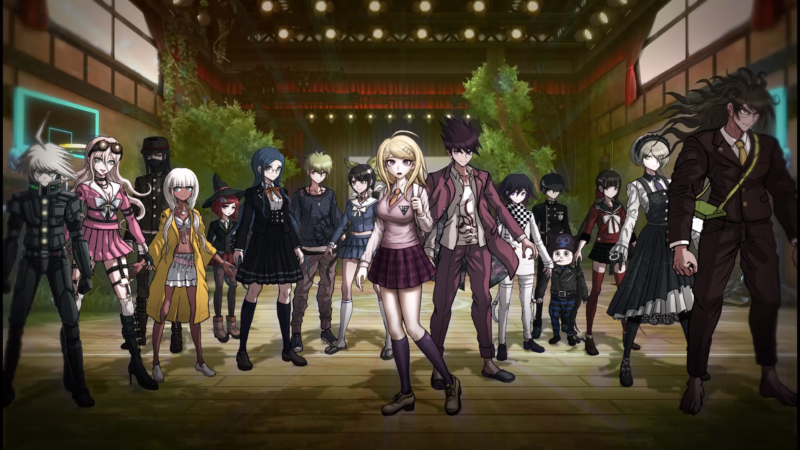 The story of Killing Harmony is certain to be a point of contention, even among Danganronpa diehards. Its adherence to series narrative conventions makes some parts feel like a slog, but at the same time a few of the big plot twists are so absurd and questionably-executed that they’re almost certain to be the subject of intense debate for ages to come. That’s not to say that Killing Harmony is bereft of quality moments; far from it. When it works, it really works, and on a few occasions the game manages to muster up emotional beats the likes of which I haven’t seen since, well, Danganronpa 2.

Unfortunately, getting to those moments can feel like quite the slog at times. Clocking in at around 60 hours, Killing Harmony is longer by half than the rest of the games in the series, yet is still paced as though those additional 20 hours didn’t exist. What results is a flabby, uneven structure which sometimes takes forever to get to the point yet occasionally rushes through seemingly-important plot points in a race to get to the next setpiece. 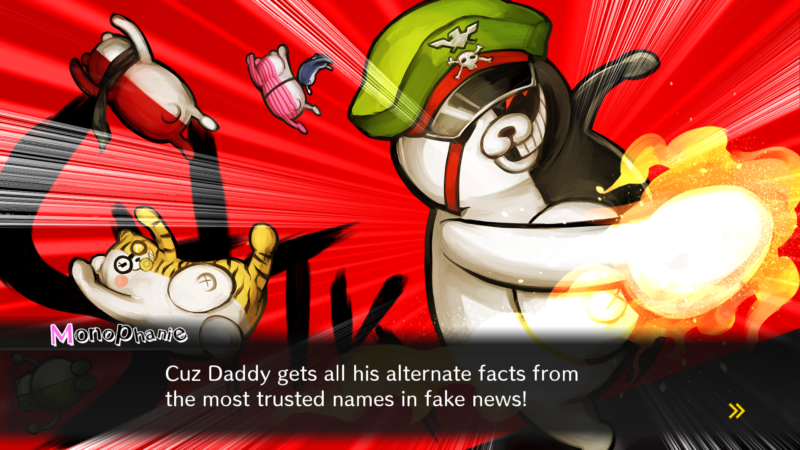 Not helping this issue is the ever-pervasive slew of minigames that comprise the lion’s share of the Class Trial segments. Every so often, the fast-paced trial segments will grind to a halt to force the player to play a brief minigame meant to represent the protagonist’s thought process as they unravel the meaning of a clue or piece of evidence. The roster of distractions disguised as narrative progression grows denser with each new title, and seems to have reached critical mass in Killing Harmony. The vast majority of these minigames (especially the new additions of bizarre 80s-flavoured driving challenge Psyche Taxi and minesweeper-esque Mind Mine) feel like irritating padding at best, especially when the conclusion you reach from them could have easily been achieved by simply selecting a piece of evidence from a menu.

A light in this minigame-clouded darkness comes in the form of the brand-new Scrum Debates however, as they serve as an exciting new addition to the formula that helps liven up the flow of Class Trials. Though mechanically simple, these fast-paced segments in which two halves of the class face off to overcome a split opinion and convince the other side of their line of thinking simply ooze adrenaline, and the aesthetic flair with which they’re presented (seriously, the accompanying music is so incredible it’ll have your pulse pounding along to the beat) make them an extremely welcome change of pace from the repetitive arguing and glut of minigames. 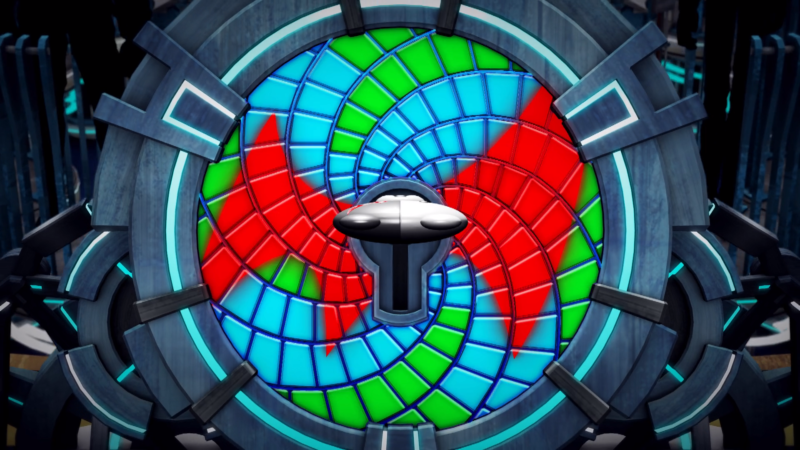 A narrative-driven game is only as strong as its characters however, and fortunately Killing Harmony’s strong cast is one of its saving graces. Though they never quite manage to stack up to Danganronpa 2’s ensemble of all-time greats, the majority of Killing Harmony’s new Ultimates have enough depth, intrigue and charm to carry the brunt of the game on their shoulders and provide a compelling enough reason to continue despite any plot-related misgivings you’re likely to have. A few of the students are even among my favourite characters in the entire series upon reflection, owed in no small part to the wonderful development they undergo over the course of the story (thus alleviating an issue I had with the previous titles in which most of the cast didn’t undergo much significant development until they were marked for death). This includes our protagonist, who ends up being perhaps the most compelling lead in the series after everything’s said and done.

Another aspect that’s unsurprisingly brilliant is the music, composed once again by the ever-talented Masafumi Takada. The music in Killing Harmony does a good job contributing to the series’ signature atmosphere of tension and dread even when the writing drops the ball. Combine that with the game’s slick presentation and gorgeous graphics (the high-res character sprites look incredible on a larger screen) and Killing Harmony is a treat for the senses, a few muddy textures and some wonky sound mixing aside. 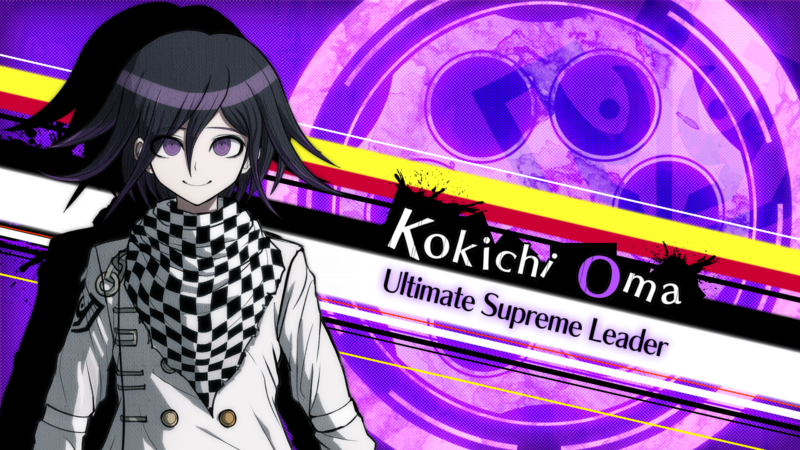 But all the impressive presentation in the world can’t salvage a narrative you’re not invested in, and that’s where I fear Killing Harmony might lose some people. Your enjoyment of this game’s story is going to be directly proportionate to how you feel about a few of the big plot twists, and I don’t think it’s unfair to say that some people might drop this game entirely upon seeing how Killing Harmony (mis)handles certain story and character beats. I personally felt like the game fell short of its great potential in many cases, and I couldn’t help but feel very disappointed with how the narrative touched on plot elements that could have been incredibly compelling but then veered away into blander, familiar territory. I’ll applaud the game for taking some big risks rather than playing it safe 100% of the time as so many sequels have, but I feel that few of those risks pay off in a satisfying and coherent fashion. 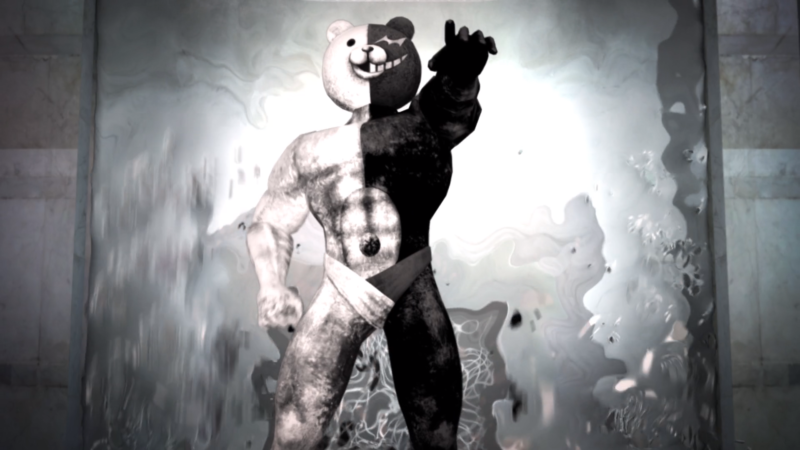 Ultimately, your experience with Killing Harmony is going to depend on how patient you are. It tests your patience with a padded runtime and tries your patience with its twisty narrative, but if you can endure and dig through all of the fat, you’ll find that there’s actually some substantial meat on these bones to sink your teeth into. Much like its two-toned antagonist, Danganronpa V3 is a paradoxical entity: engaging yet boring; intelligent yet nonsensical; moving yet baffling. And while it definitely isn’t for everyone, perhaps it’s worth a shot just to see if it’s for you.