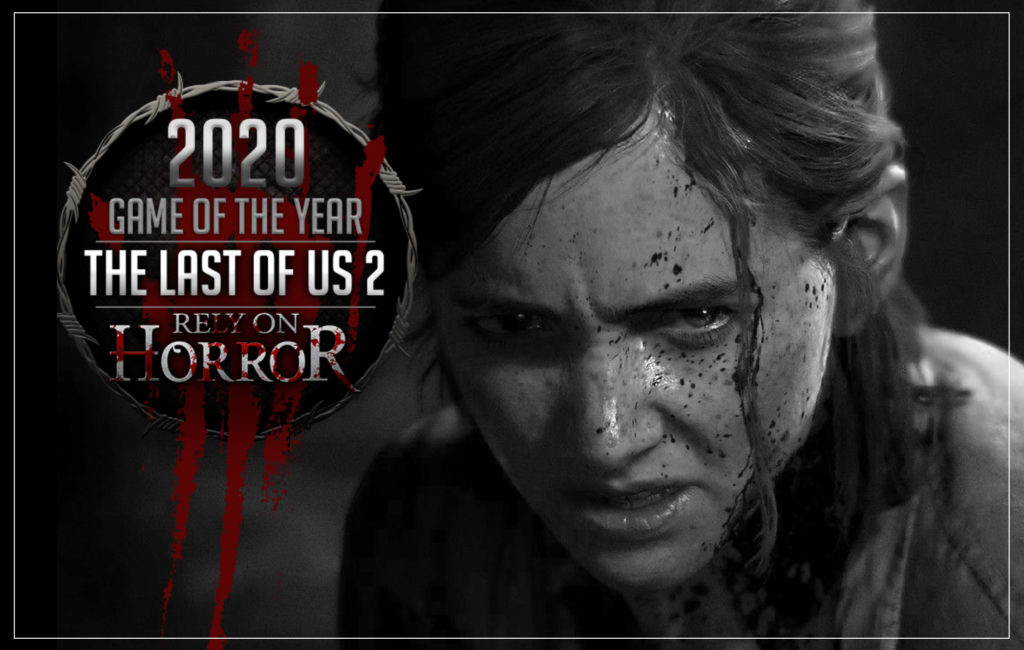 While most of us spent our time surviving the horror that was 2020 itself, last year was still another great year for horror video games. Our 2020 Game of the Year nominees — Amnesia: Rebirth, The Last of Us Part II, Resident Evil 3, and Remothered: Broken Porcelain — were just a few examples of games that blew us away this year. But there can be only one winner.

Agree with our choice? Disagree! Let us know in the comments! Stay tuned for our 2020 Community Game of the Year announcement as well!

While The Last of Us 2 by no means has a revolutionary story — revenge as a cyclical source of further anguish — the game is a captivating look into the lives of flawed people trying their best to survive in horrific circumstances. The plot takes unsurprising yet bold turns which repeatedly challenge the player to reexamine the game’s protagonists; and the gameplay is exciting, violent, and deeply satisfying. Players are forced to confront both the cruelty of humankind and monstrous Cordyceps creatures throughout their extended journey, with the game’s cast of exceptional characters adding emotional impact throughout.

The Last of Us 2 — for all of its awkward marketing which glamorized violence, emotional manipulations against the player, and the deeply problematic development culture at developer Naughty Dog — is an undeniably solid game that still succeeds at being a gripping experience despite all of its baggage. That said, Naughty Dog can’t continue to use accolades to shield themselves from criticism.

The Last of Us Part II might not seem like an obvious pick for horror GOTY, but it definitely qualifies as horror for me, albeit a very different kind. Set in a post-apocalyptic, pandemic-ravaged world where humans claw for survival against man and infected alike is disturbingly relatable, and the experience of playing the game whist directly in the midst of a real-life pandemic was all the more surreal. Not only is The Last of Us Part II one of the most polished games I’ve ever played, it’s also one of the most engaging. Gameplay is tight and responsive and gives players a ton of options on how they want to engage any given encounter. I felt a constant tension in everything I did, and every decision was fraught with permanent consequences. As is the norm for a Naughty Dog game, the visuals are breathtaking, further expanding on the aesthetic of a world of steel and concrete reclaimed by nature. The game’s story, just like its setting, is brutal and unforgiving. The developer’s unflinchingly bold narrative and character decisions, while shocking and upsetting, are perfectly in line with the reality of the game’s world.

If I have any qualms about the game, it is that it’s just a little too long, even though I would still argue that the length is justified. I say this about every Naughty Dog game – and it’s true every time – it’s going to be a long time before we see a game like this again. The Last of Us Part II is easily not only the best horror game of last year, but also the best game I played in 2020.

I didn’t love the story or the characters as much as the first game during my initial playthrough, but it has been a slow burn appreciation. The more the world falls apart and people do unfathomable things, the more I appreciate the depth of the characters in the second installment. People – and characters – are rarely who we want them to be. Good guys do bad things, bad guys do good things, and how much love we have for someone has very little bearing on who they ultimately turn out to be. I haven’t been able to bring myself back to it recently, but I kind of want to go re-exploring with the lens of 2020 and the last few weeks and see how much harder it hits. Maybe this game was unintentionally perfectly timed.

What fundamentally describes The Last of Us Part 2 is that it is very much a product of the times it was made in. Some of that is intentional and some of it was more by chance. There is this massive ideological divide, the fracturing of society into factions. There is the question of purpose: Who am I? Why am I? Am I really important in the grand scheme of things? Are my motives any better than anyone else’s? Then there’s the feeling of living in a post-pandemic world (something none of the developers probably envisioned to become all too familiar when production of the game began).

Releasing in May of 2020, just as the first hard Covid-Lockdown had ended here in Austria, the game felt so much more relatable. This applies not just to the world of TLoU2 but also its characters. Most of them didn’t feel to me like just another videogame character who needs to advance some excuse of a plot to somewhat justify the gameplay. Instead, the depiction of the people in this game felt real, sometimes a little too real for comfort: they can be just as lovable as they can be despicable. They can make you laugh at times, and make you scream in disbelief about their humanely stupid and hate-driven decisions.

All that in combination with the detail-obsessed craftsmanship we love and expect from Naughty Dog made this game an absolutely wild ride that I sometimes enjoyed, sometimes hated, but it always kept me wanting to keep going like only very few games in my life have been able to and it was an experience I ultimately am very thankful for. 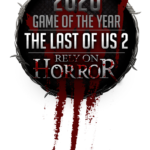