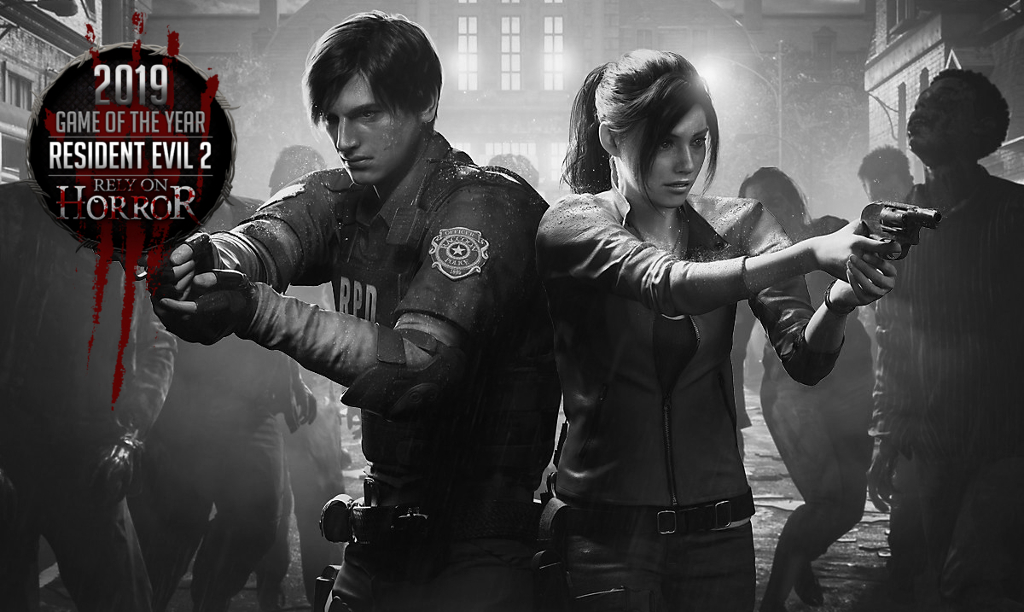 2019 was a year of some truly incredible video games. Our 2019 Game of the Year nominees — Control, Death Stranding, Resident Evil 2, and The Sinking City — were just a few examples of games that blew us away this year. But there can be only one winner.

After internal discussions among Rely on Horror staff, we’re excited to announce that Capcom’s Resident Evil 2 is the recipient of the Rely on Horror 2019 GOTY award! Below several of us have written some thoughts on why Resident Evil 2 deserves the recognition and praise. Below you’ll also find the full award, as designed by Whitney Chavis.

Agree with our choice? Disagree! Let us know in the comments! Stay tuned for our 2019 Community Game of the Year announcement as well!

Capcom took on the daunting task of remaking arguably one of their most popular games ever: Resident Evil 2. No one could be sure if today’s Capcom was up to the task of recreating such a monumental entry in the survival horror genre, but after series revival that was Resident Evil 7, hope was high. Could they reach even deeper into the survival horror roots of the series and give us a remake that satisfies the fans that they’ve cultivated over the last twenty years? Somehow… they did. Resident Evil 2 is one of those games that so precisely nails what it set out to do, that it always feels like a miracle. The game perfectly balances classic survival horror elements with contemporary game design that makes it feel fresh yet old school. It’s challenging, compelling, gorgeous, and wonderfully nerve wracking. It gives me hope that big budget survival horror will always have a place in mainstream gaming.

After a nearly twenty-year wait, the much anticipated Resident Evil 2 Remake finally released this past year and boy was it totally worth it. It satisfyingly delivered a compelling mix of modern gameplay elements with a unique take on the classic RE2 story and settings. Everything from the excellent graphics to the wonderfully realized world of Raccoon City all combined to form a title that both honors and surpasses the original.

Resident Evil has passed through so many different phases, from the original survival horror classics to action-driven shooters, there has been little chance to bridge the gap between these different periods in its history. While Resident Evil 7 mastered a return to the slower, quieter era of the franchise it left behind many fans that the series had gained by striving for something totally unlike the more recent entries. Resident Evil 2 Remake, however, manages to effortlessly tie both halves of series history together, creating an effective and faithful return to what made the survival horror classics what they were, while reshaping combat into an engaging and methodical adventure.

Never have the horror and action eras of RE been blended so perfectly, recreating the survival horror mechanics to a T while taking the dynamic aiming of RE4-6 and reshaping it against a versatile and unpredictable host of terrifying reimagined beasts. As I said in my review: thanks to all this and more, Resident Evil 2 is the greatest Resident Evil ever made — full stop.

Resident Evil 2 was a great game in 1998. There’s no surprise that it would be a great game in 2019. When we decided that this was going to be our game of the year, I suggested that we retroactively name it our GOTY for 1998 as well, since RoH wasn’t… you know you… around back then. There is a degree of conflict regarding this choice, not because it doesn’t deserve it, but because I wish that everyone involved could be credited. RE2 is this fascinating, engaging, and brilliantly designed game that is actually four different games. The remake makes the modern tune ups, but the original 1998 team deserves such larger scale accolades for making a game that would be so far ahead of its time that it’s literally the game of the year twenty years on. 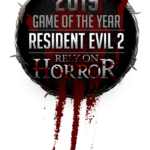