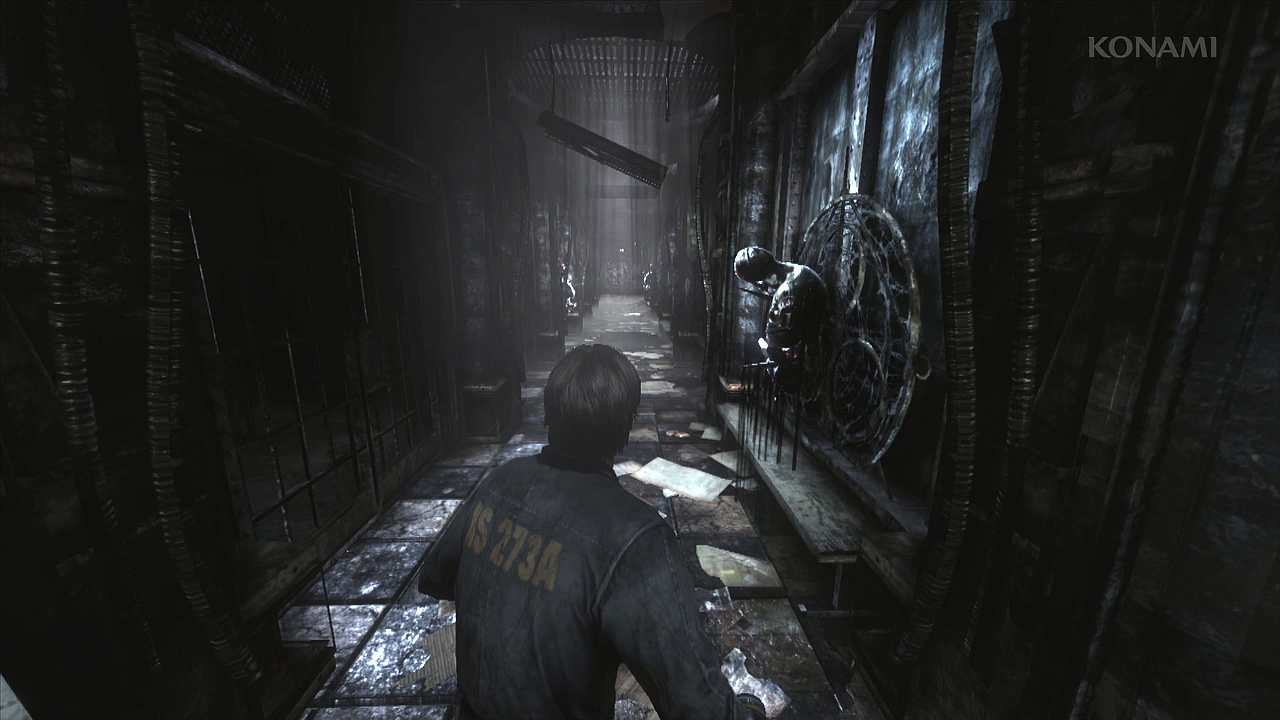 I did an analysis for last year’s trailer, and now it’s time once again. A full year of improvements have done some wonders to the watery Silent Hill title. I analyze the environments, characters, enemies, and speculate some story aspects. Of course my speculations are purely my opinion, but I’m sure many will appreciate them and hopefully notice some things.

Silent Hill: Downpour has only had two trailers, so it’s hard to feel confident in any predictions. Hit the jump to hear some of mine, as well as some things I have noticed. 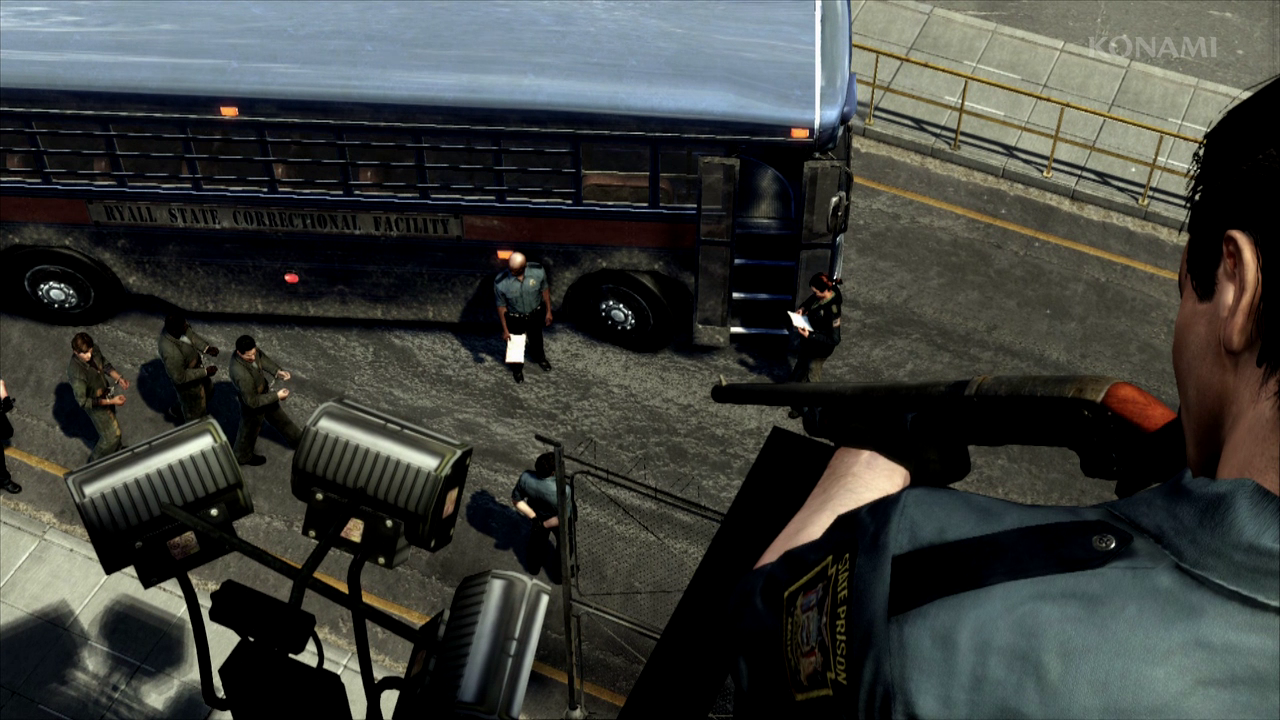 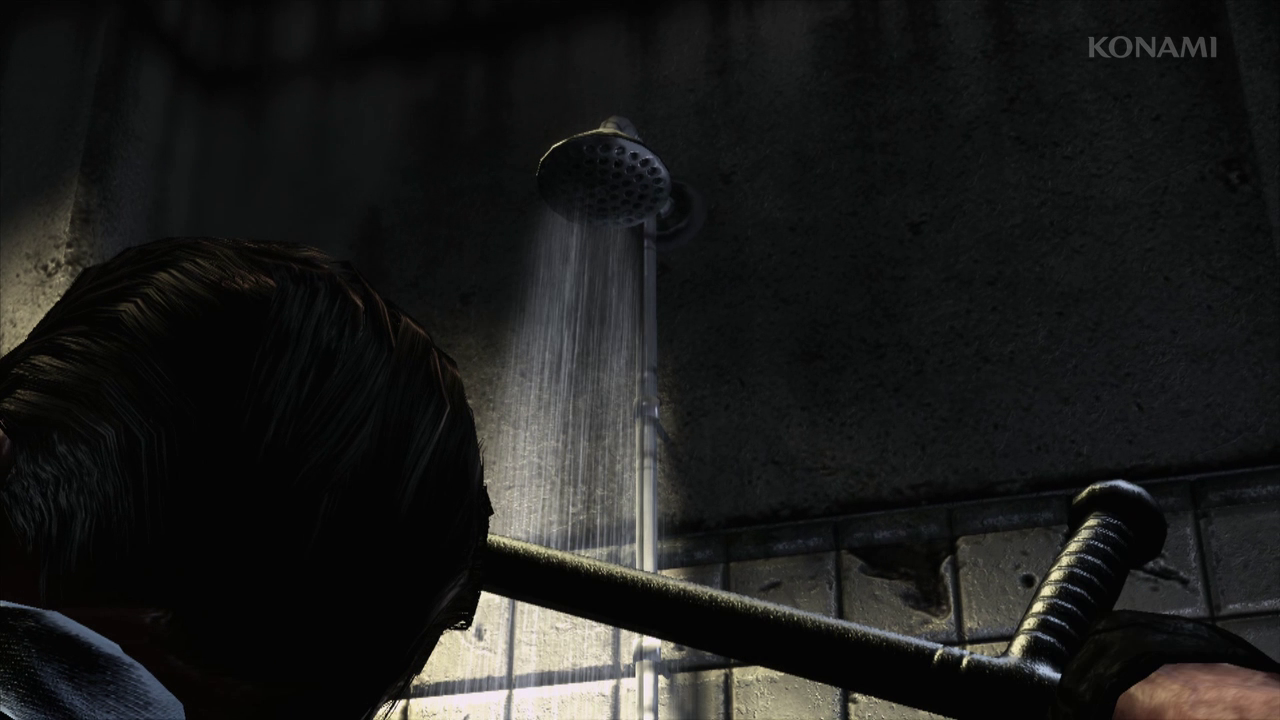 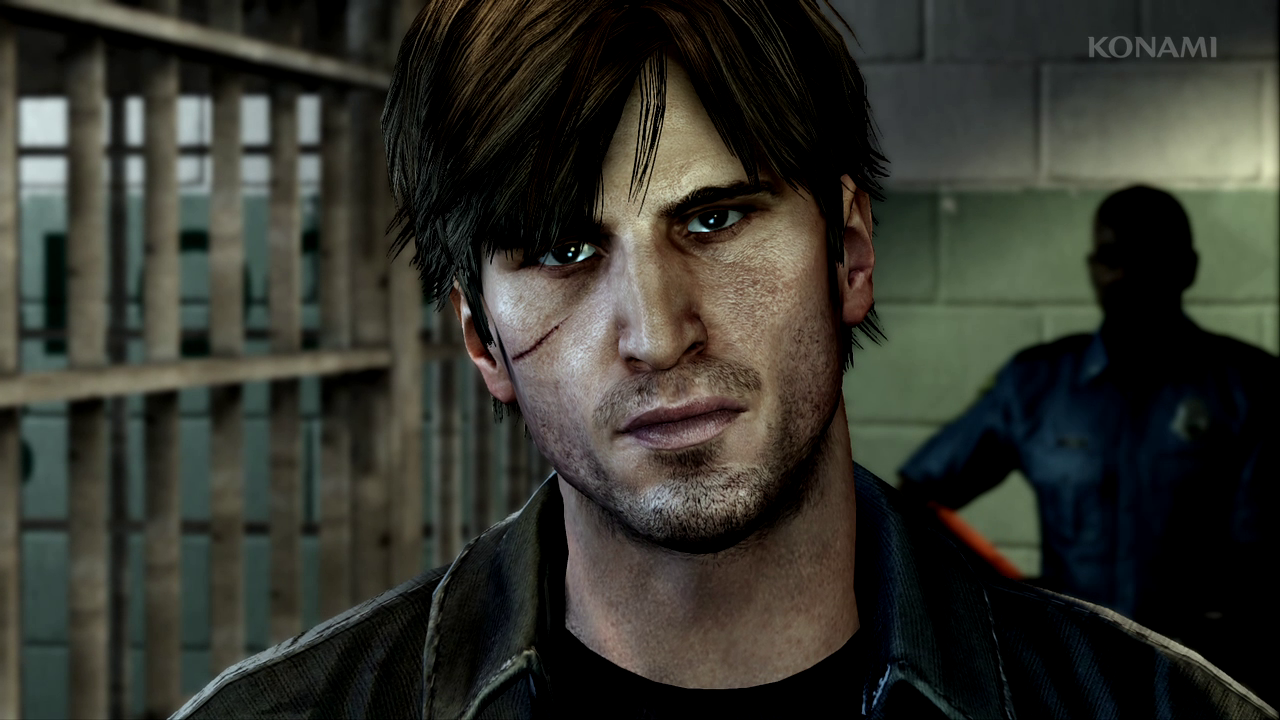 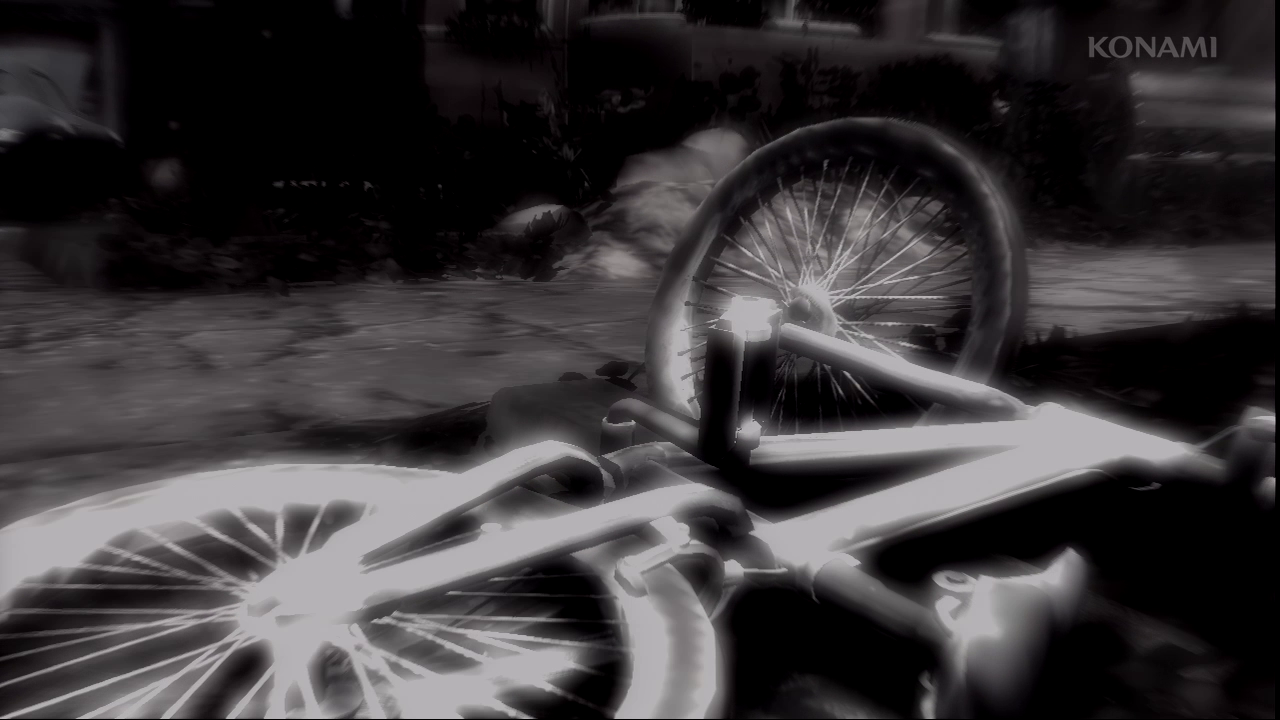 “Today’s the big day, huh? To tell you the truth: I’m sorry to see you go.” says an unnamed Ryall State prison guard.

Murphy Pendleton, Silent Hill: Downpour’s protagonist, is about to transfer from his current prison, Ryall State. To where? I’m not sure, but he will be passing through Silent Hill.

Murphy is under high security. This shows that his crime was nothing to laugh at. He must have been imprisoned for some brutal stuff. A guard can be seen watching Murphy and his fellow convicts with a weapon in hand. (0:23)

Jumping further into the trailer, we can see a guard beating someone in a shower (2:12). Murphy might have been an easy target for the guards to pick on, probably for prisoners as well. This may be a clue as to why Murphy’s world is water filled — or at least one of the factors. Prison showers can be like walking backwards in a corn field. I would be traumatized about water too if I experienced such a hostile environment.

Murphy looks physically and mentally exhausted. The scar on his cheek hints at abuse at Ryall State. (1:11) Murphy getting beat in prison can mean either two things: He’s soft, or he’s a sick bastard. Weaker people in prison become punching bags. If Murphy was a tough criminal, he may not get into too many fight or be abused.

Now, if Murphy is getting beat for another reason, I have to wonder why. One thing all prisoners can agree on is hating child abusers. Children are innocent. So, if anyone commits either physical or sexual abuse to a child, and the inmate population finds out, he’s screwed. I don’t have much material to back Murphy being a child abuser, but it would make for a very controversial story aspect. Imagine finding out that Murphy was a sick child killer, or rapist toward the end of the game. Sure FOX news would be absolutely appalled, as many people including myself, but it would be pretty damn intense to hate the person who you have to embody to play the game. Again, I doubt videogames are ready for something that extreme, but it would be pretty interesting in terms of the player to protagonist relationship.

The bicycle appears to be in a flashback scene. This may suggest that something happened to Murphy as a child. (2:13) 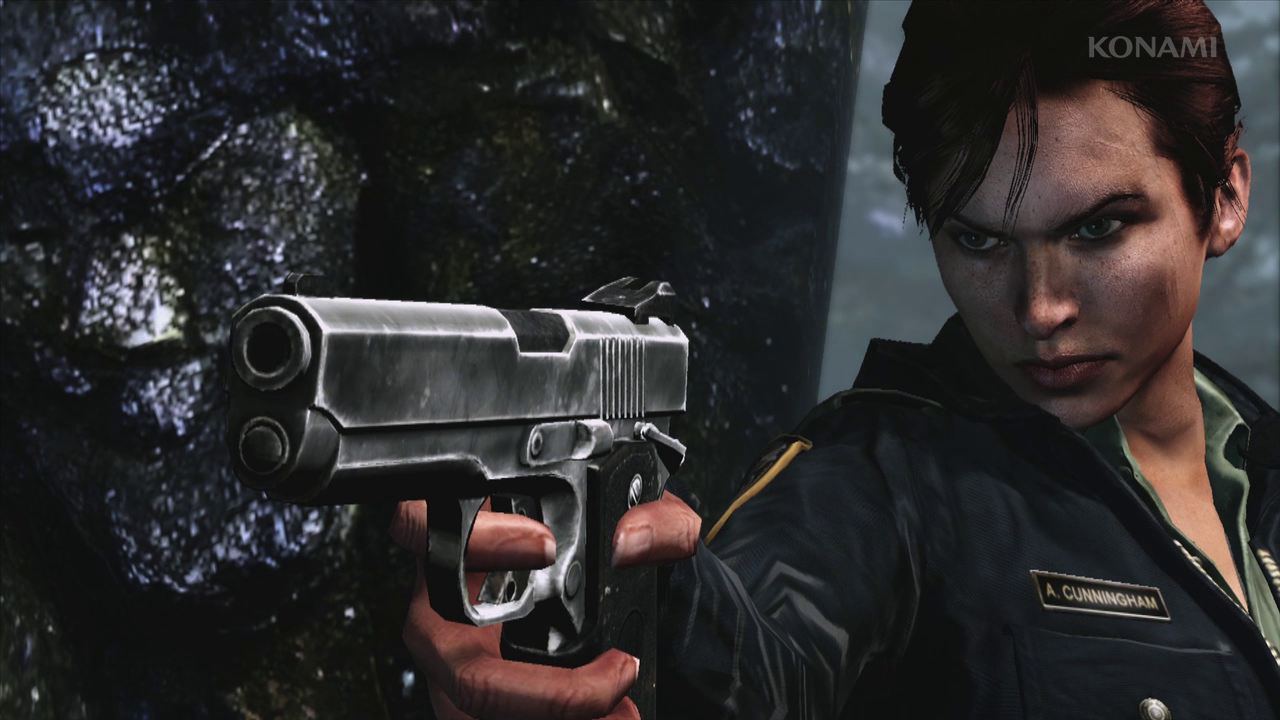 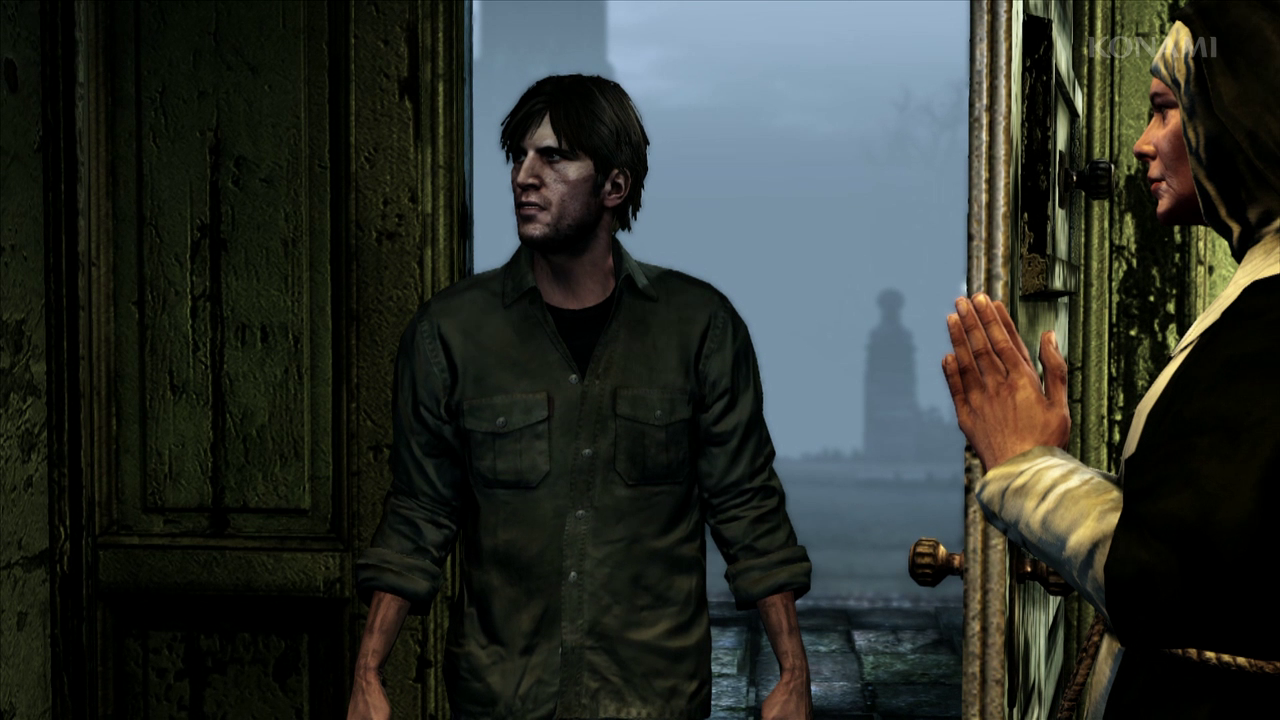 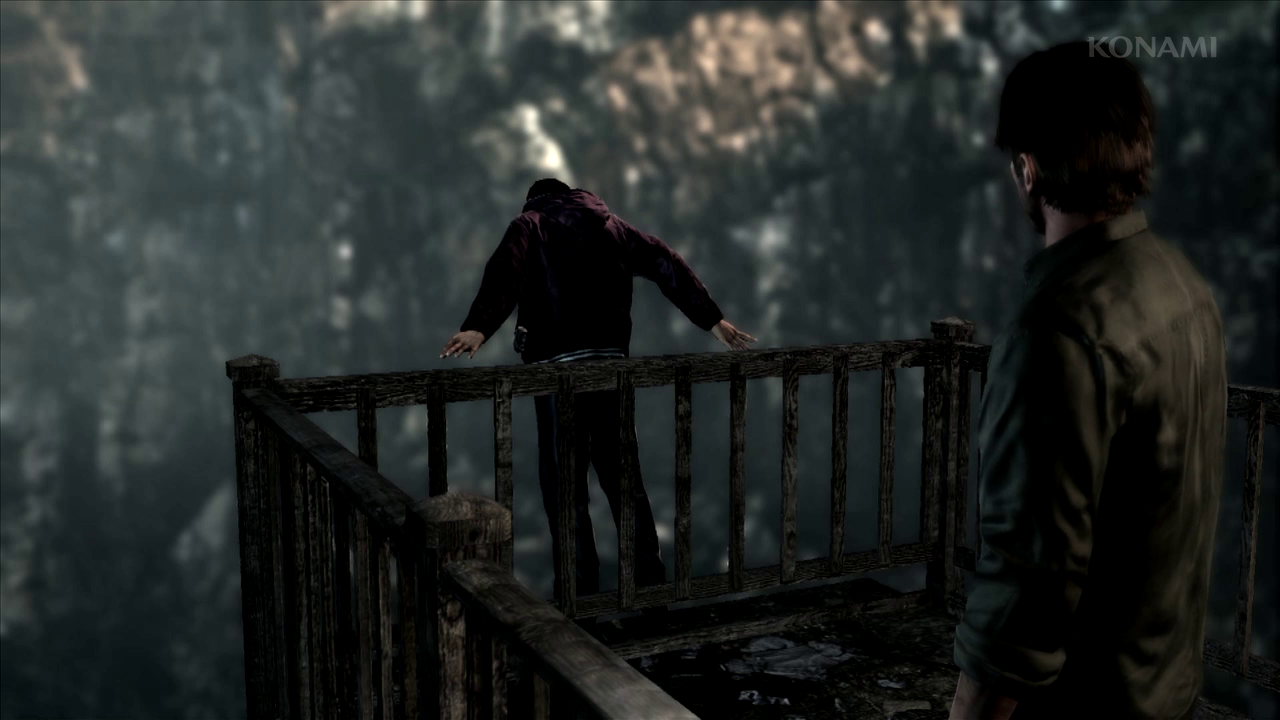 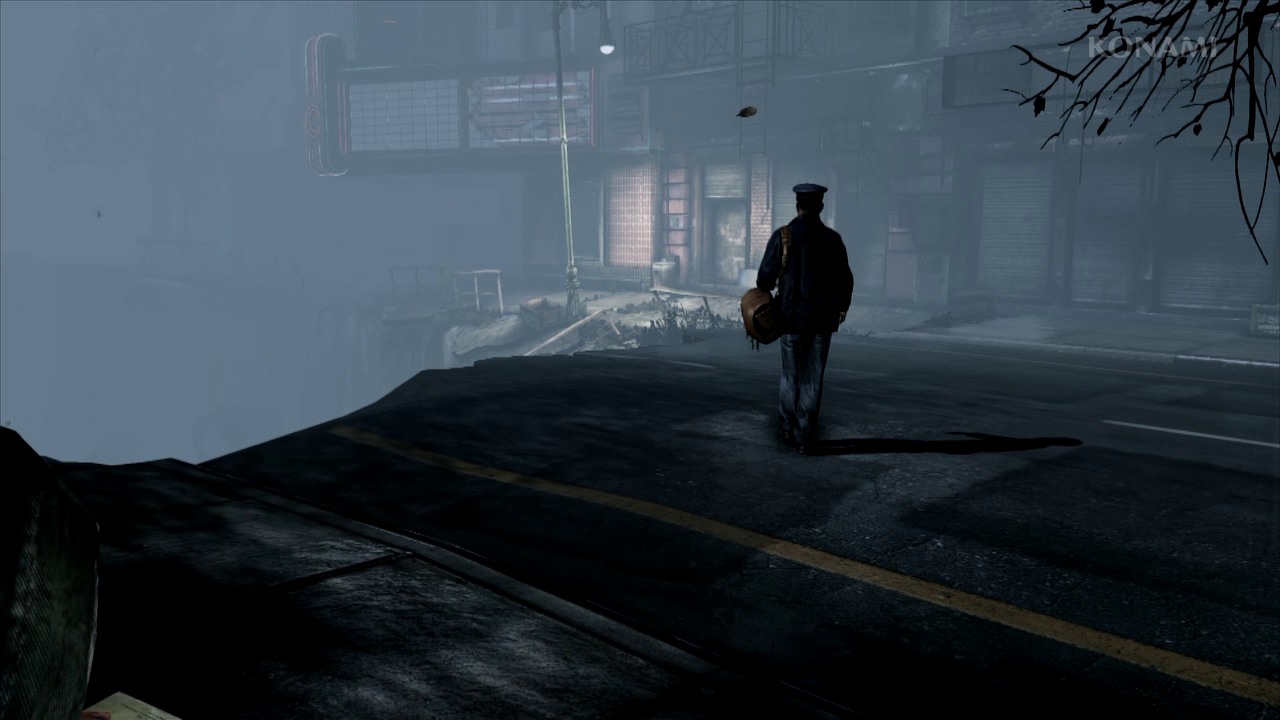 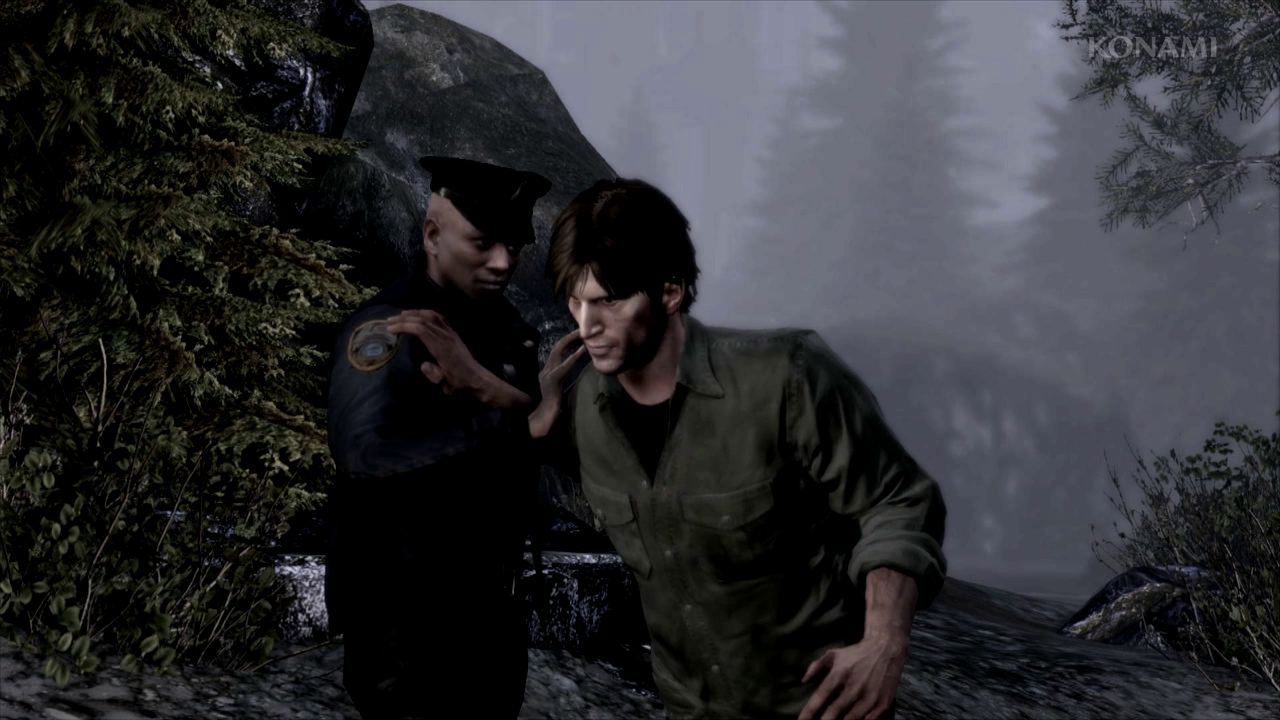 Cunningham, Blackwood, J.P, a nun, a cop, and the other convicts are all seen within this trailer. Cunningham is obviously pissed off throughout the entire video. Murphy gets away from her at the start of the game, and she returns to most likely try and detain him. (1:26) Downpour has scenarios where you can choose to act in different ways, so I have to wonder how Cunningham will react to Murphy if I try and save her at the very beginning of the game. She’s trying to do her job, but she’s gotta give Murphy some slack if he attemptes to save her life!

Who’s this nun? This is the first time she has been shown. So, I have no clue. But her clothing looks like that of a Christian nun. (1:38) We haven’t actually seen a nun-type person from The Order any other time in the series. Her demeanor seems positive, but you can never tell. She may have committed her very own sins.

“And how about you Murphy? Someone know all your dirty little secrets?…Living all of your life inside someone else’s lie…Murder is a mortal sin. You go to hell for murder.” J.P, a former Devil’s Canyon tourist guide tells Murphy. J.P seems pretty far gone mentally. He’s about to end his life in the presence of Murphy. He eventually does the deed, but not without giving us a few creepy lines of dialogue; his swan song, if you will. (2:19)

What’s ‘ol Blackwood doing? I still don’t know, but he’s being creepy about it. After reading Silent Hill: Past Life, I know that he has been around for quite some time. He still remains mysterious hundreds of years later. (0:55)

I guess Cunningham is not the only cop who made it into the town. Cop #2 doesn’t seem to want to detain Murphy, but rather persuade him not to go somewhere. Murphy is probably having one of those “I’ve got to do this!” moments, and this cop is trying to suggest otherwise. (1:15) 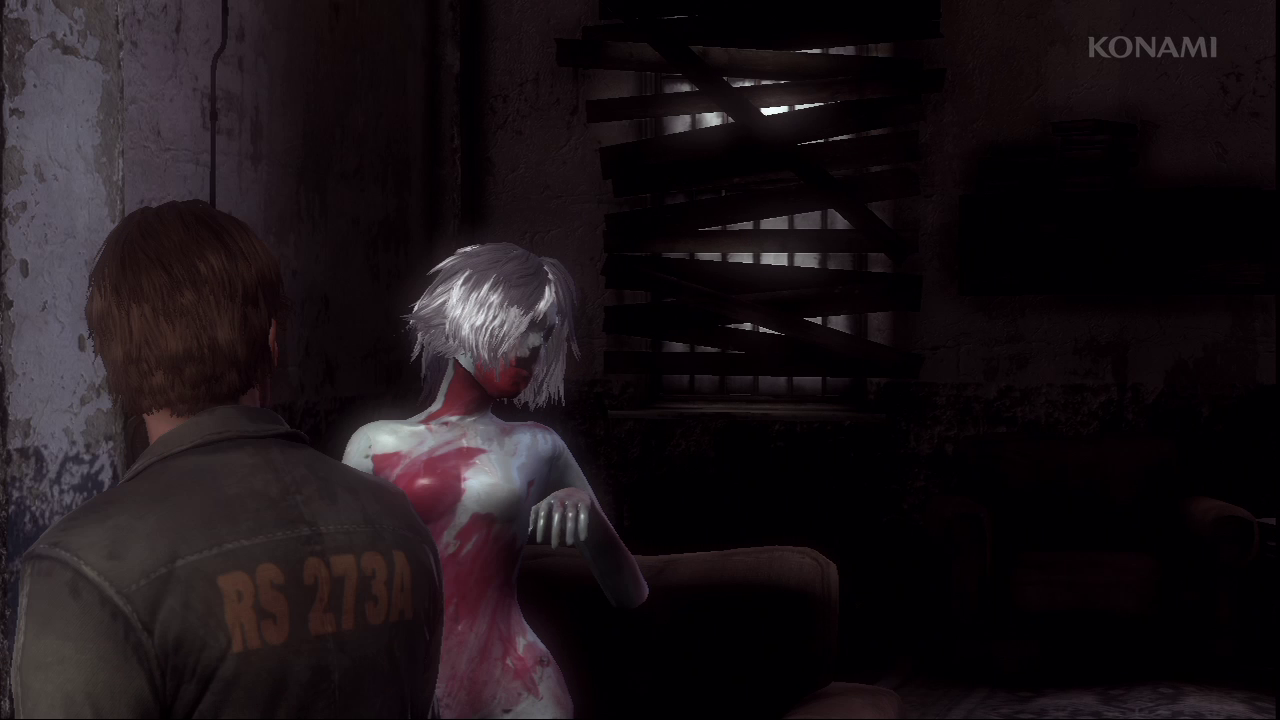 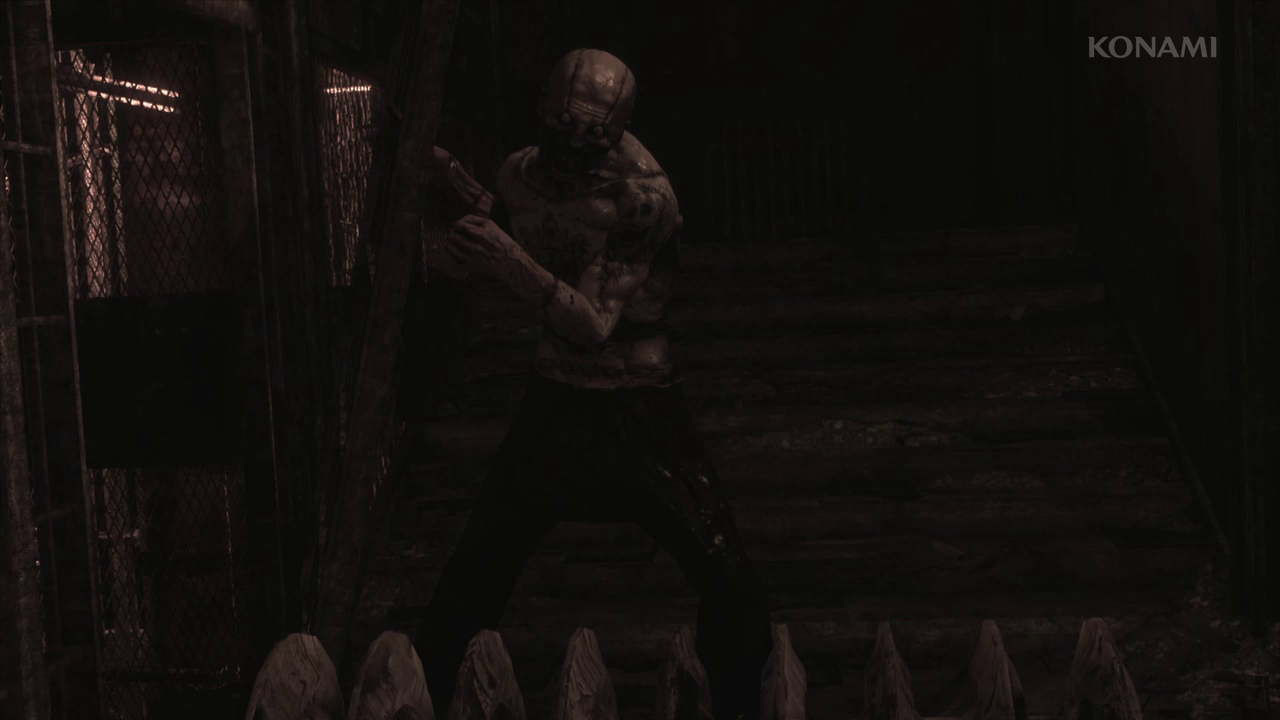 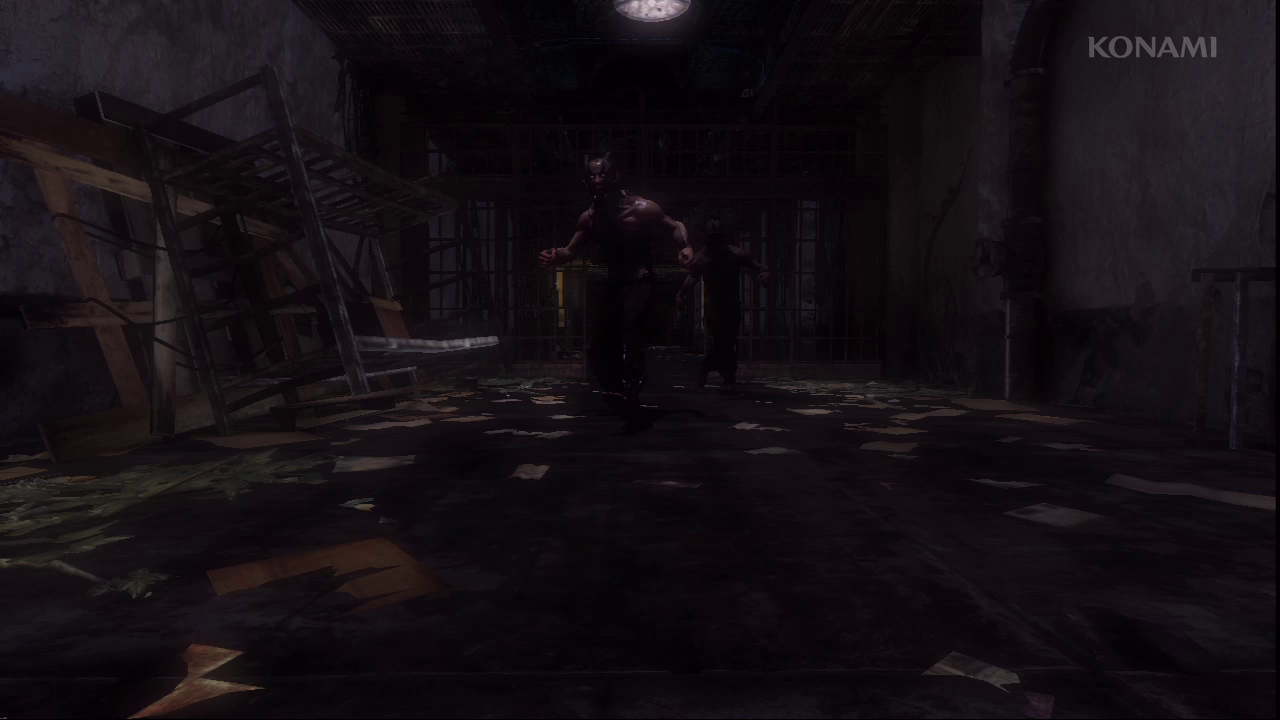 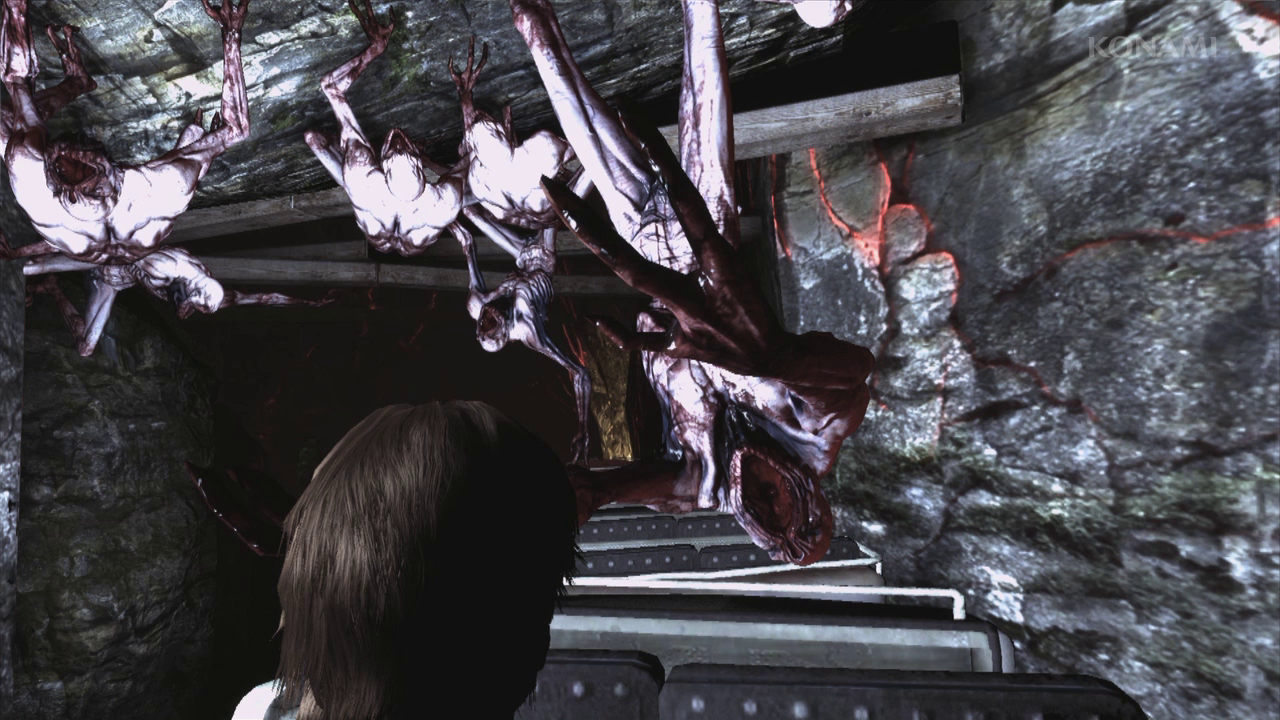 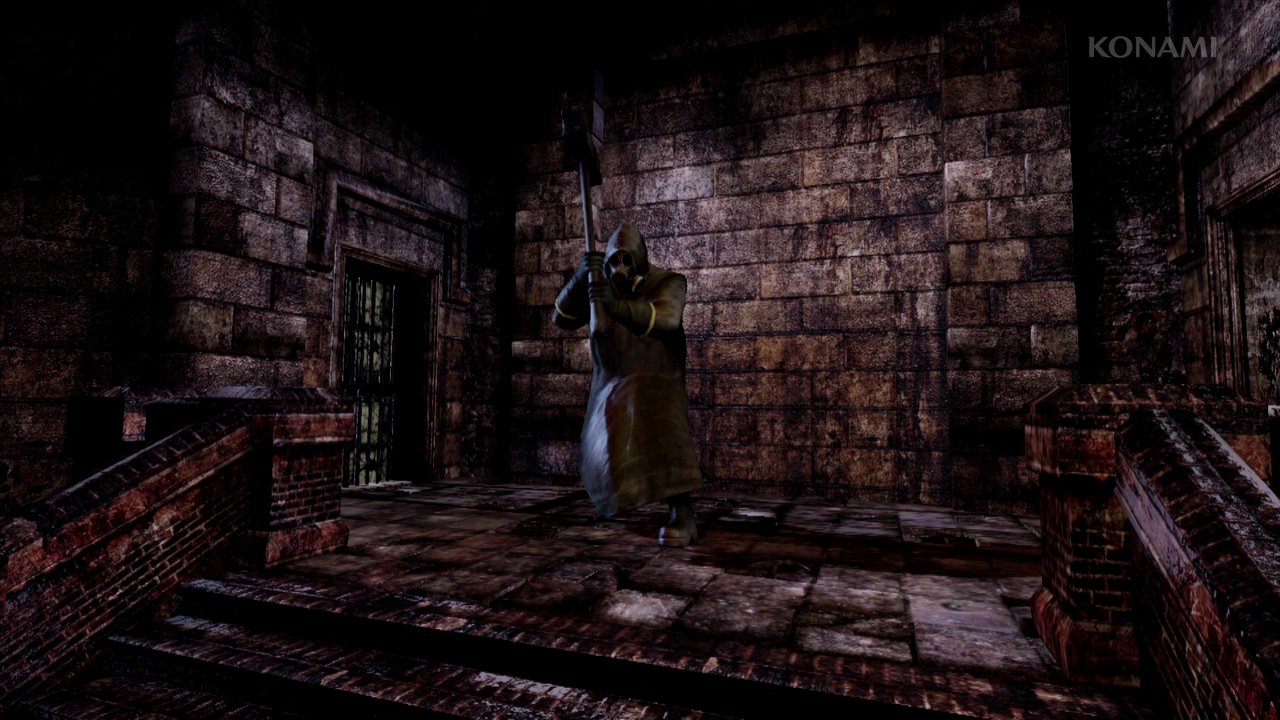 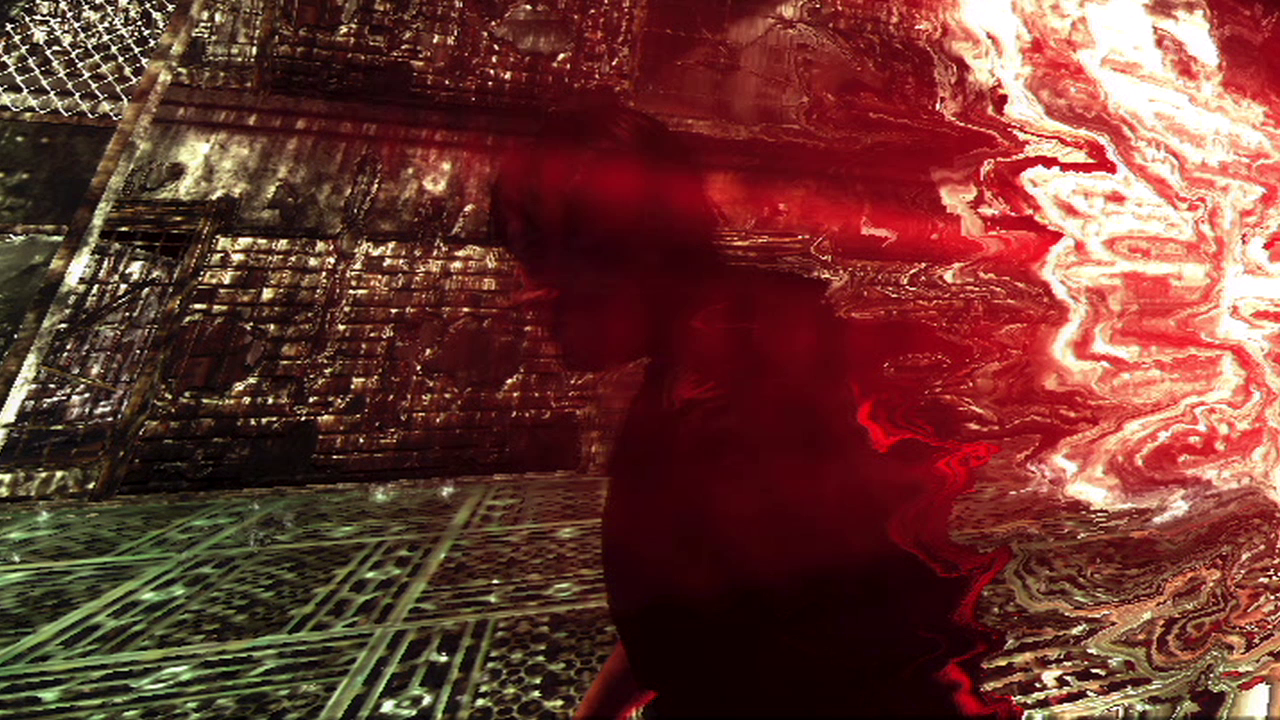 We have a look at a new enemy type; perhaps even a variation of a current enemy. Silent Hill: Shattered Memories has enemies that change depending on the player’s actions. This may be the case with Downpour.

The mannequin-like female enemy is all new, and very strange. She’s pearly white, covered in blood and has a pretty rad silver hairdo. (1:06) What does her appearance mean about the player’s game choices? It’s hard to tell, but she seems to be a superficial representation of the female figure. This could mean that this particular instance, the player’s actions have shown that Murphy is a womanizer or something to that effect.

Who’s this bug eyed guy? (1:51) This masculine looking monster has a prisoner look to it. The duo seen later in the trailer may be a variation of this very some monster. (1:45) They look a little more devilish.

The bat people have been seen before. The Weeping Bat is what these lanky guys are called. They’ve change a bit since last year’s trailer (Perhaps another variation). Their crawling skills are pretty freaky. The minecart segment of the trailer really shows how they maneuver in packs. (1:34)

A miner enemy with a huge hammer can be seen within this trailer as well. It seems like a mini boss rather than a enemy type. I can’t be sure, but its entrance and design suggests that it’s one of a kind. The Order members in Homecoming were modeled after the movie’s cult members. Those cult members wore mining suits. The developers seem to want to distance themselves from Homecoming similarities, so I don’t think this creature is meant to mimic the film or Homecoming‘s cult members, but rather be an actual miner-monster. (2:09)

The Void, as recently shown in the E3 demo, is a bright red light that stalks Murphy. It can be seen better in the demo, but its presence is also in this trailer. Could this be a representation of someone in Murphy’s past? The fluctuations between red and white light could perhaps be mimicking police siren lights. (2:04) 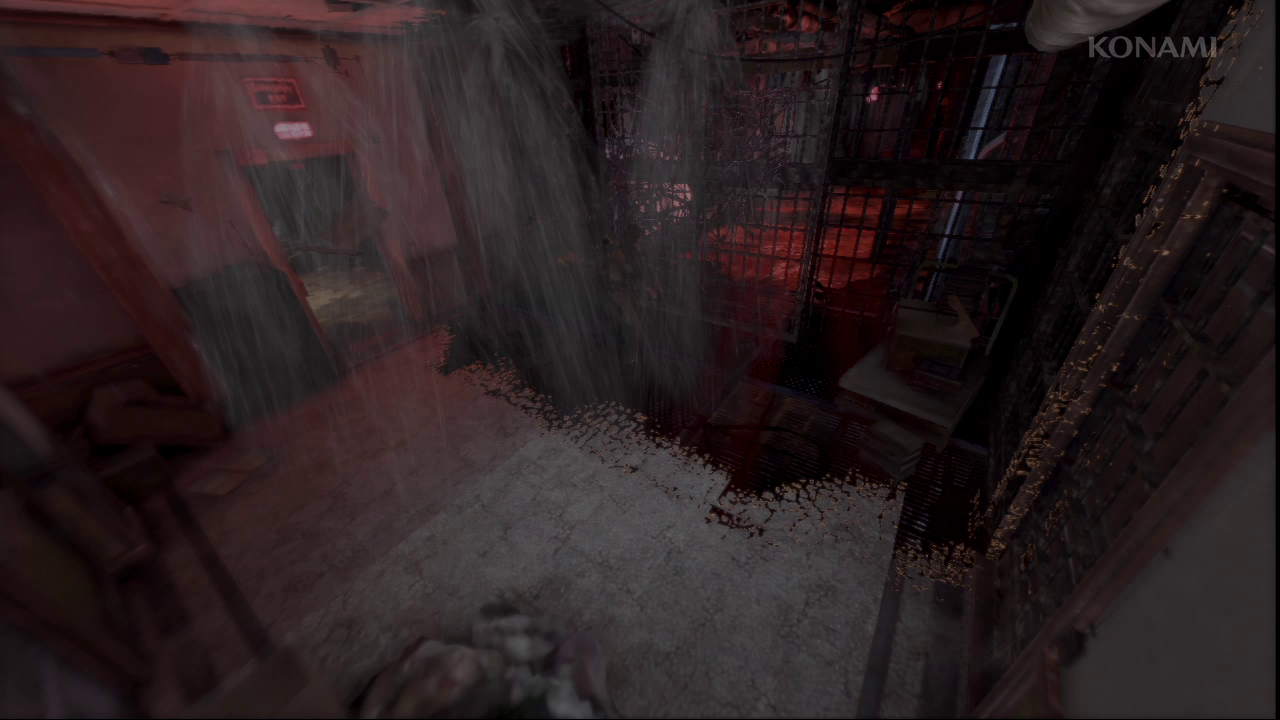 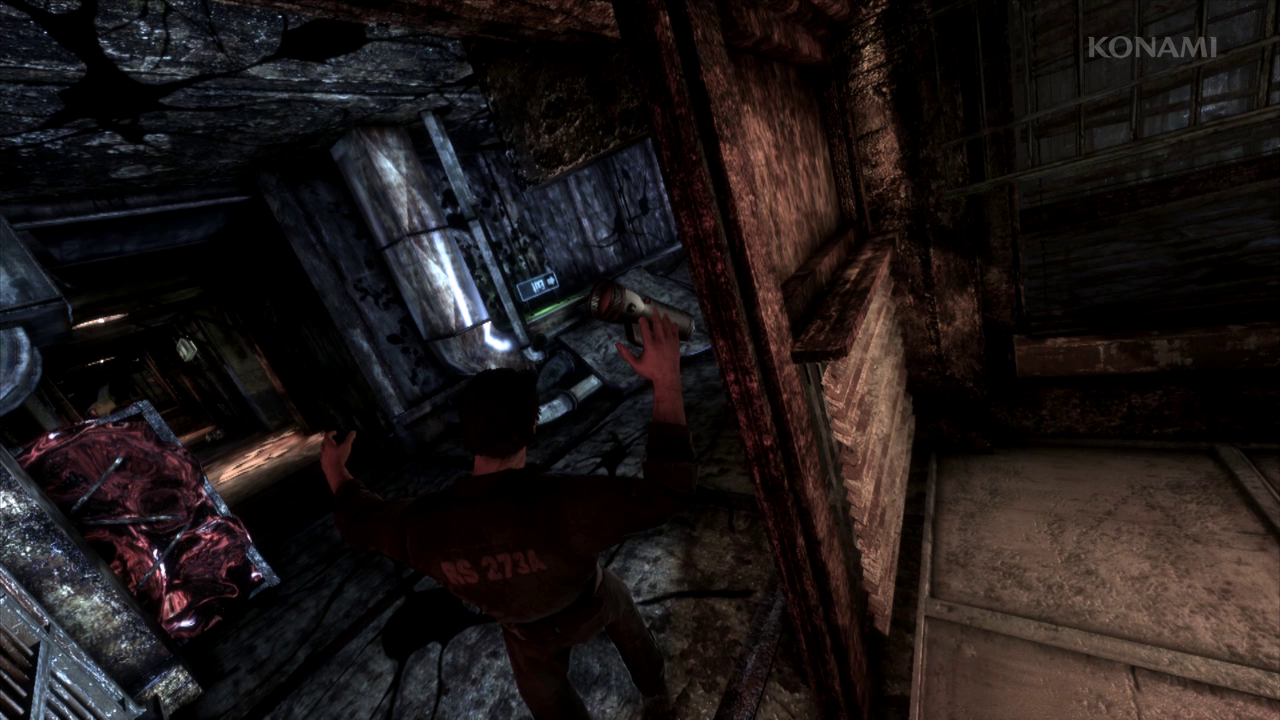 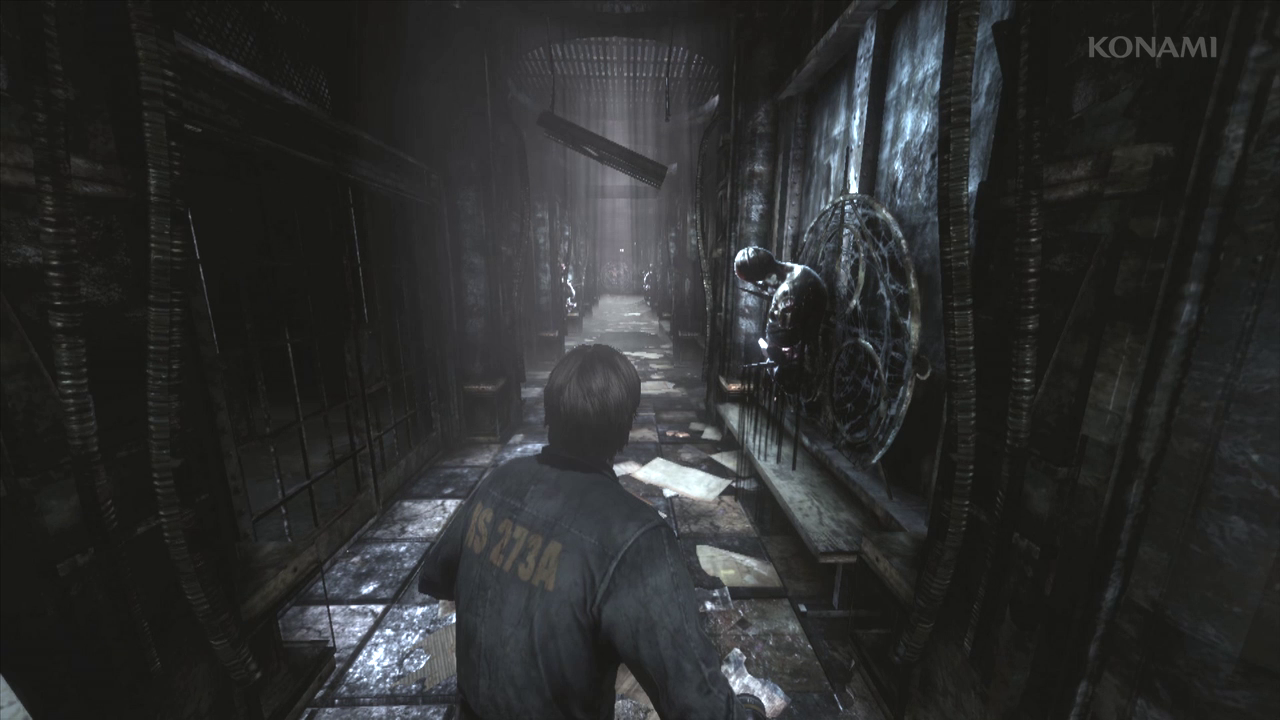 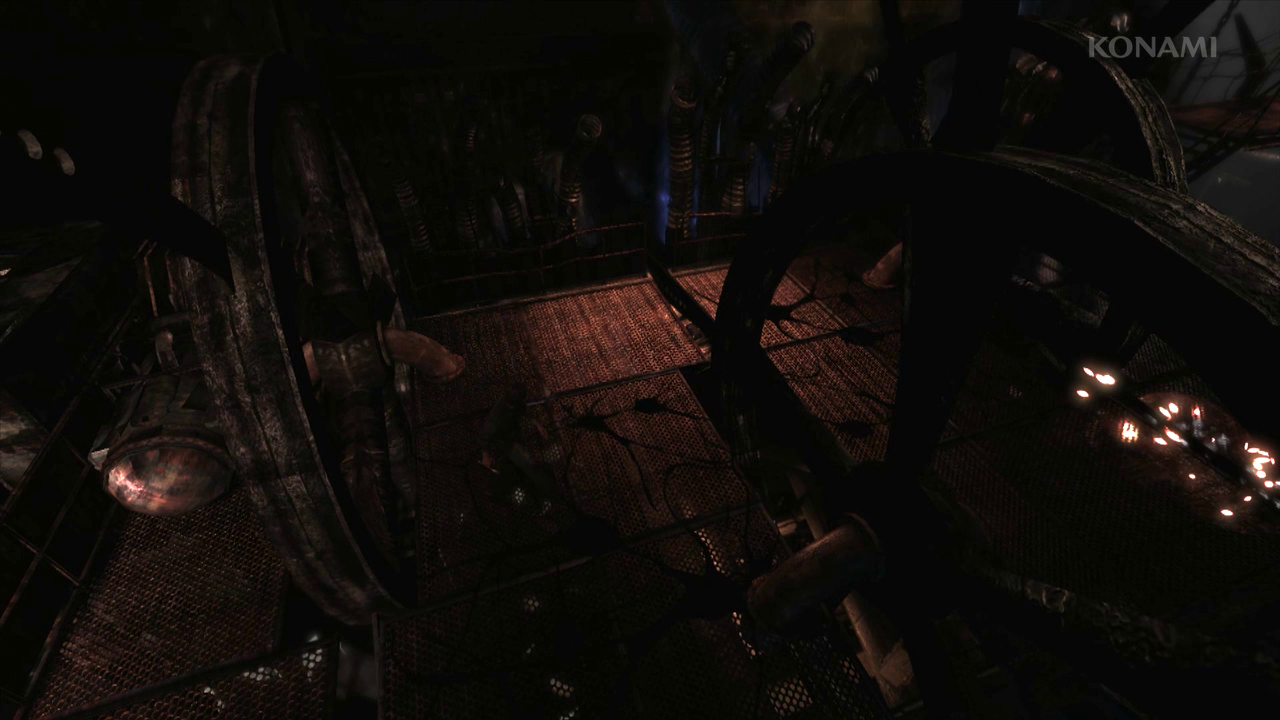 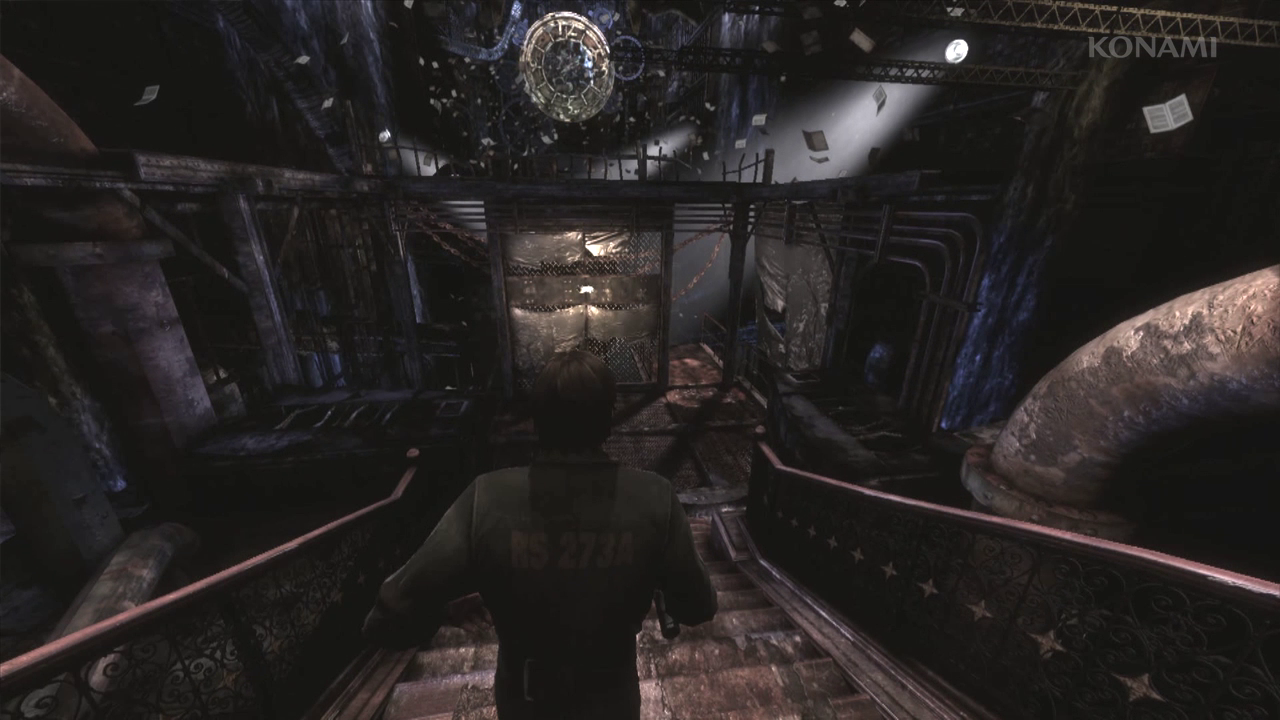 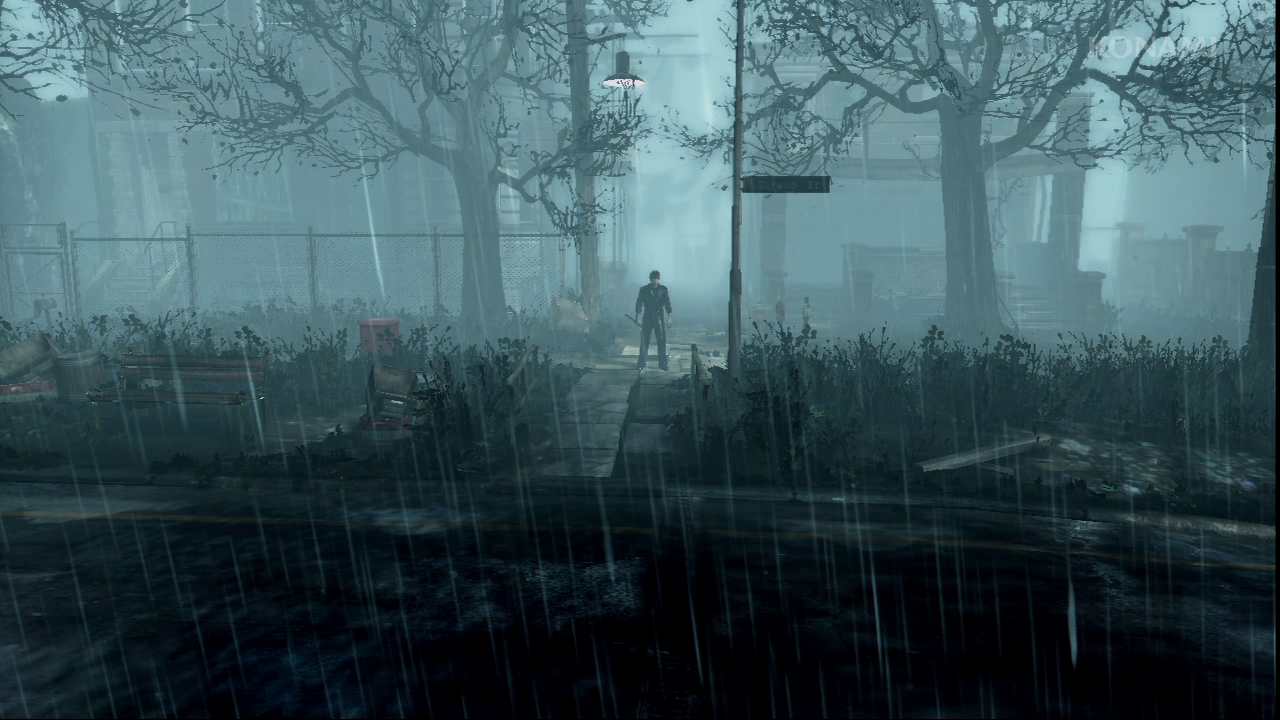 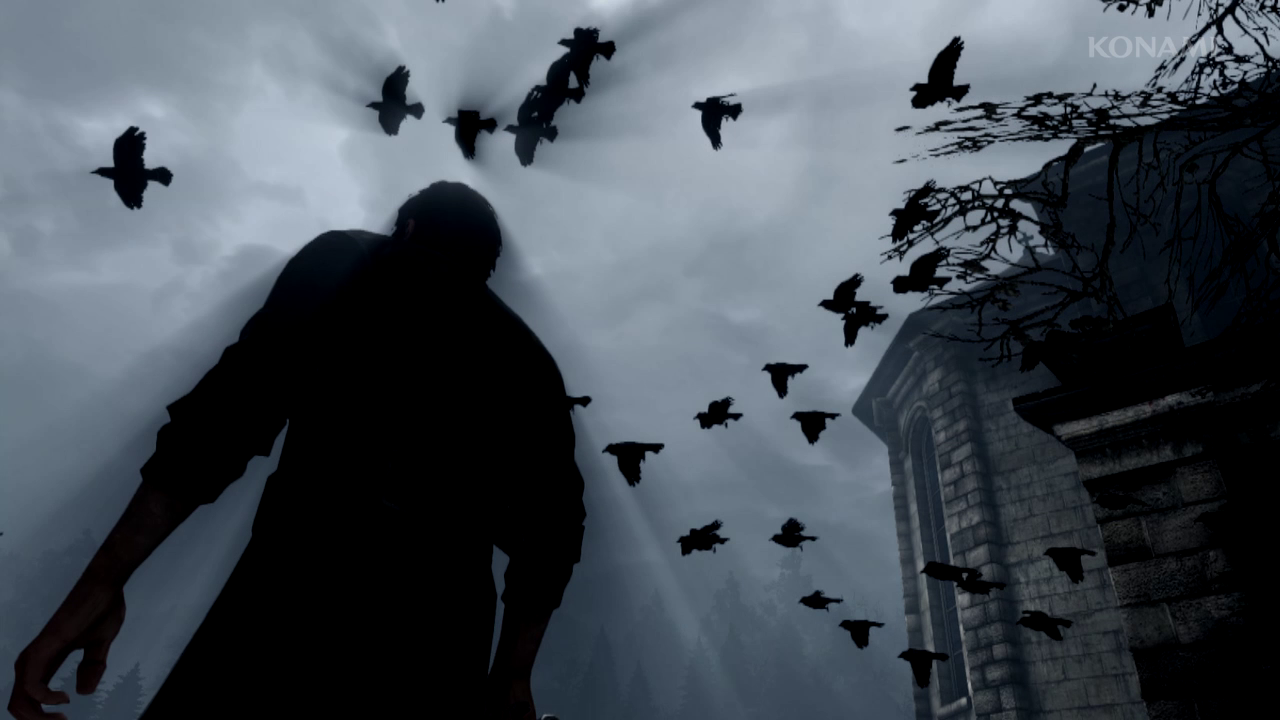 The Otherworld transitions in Downpour are a bit different, but similar to how Homecoming and the Silent Hill movie did them. In real time, the walls and floor disintegrate away to reveal a nightmare world. Downpour‘s variation seems more like paper burning than chunks aging and floating away. (1:49)

Murphy’s Otherworld looks very industrial. The pipes and machinery look as if from a factory. The Czech influence really comes through here. (1:40, 1:50)

Murphy’s experience in the Otherworld seems very disorienting. If you look closely, you can see that Murphy is standing on the ceiling. The subway sign in the distance is upside down, and near the floor. If flipped, it would be near the ceiling. If situations like this happen while playing, Downpour will be one jarring game to play (in a good way).

What’s this?! Look right behind that poor fellow being impaled. That’s an Order symbol. (1:43) Specifically from the sect found in Shepherd’s Glen. The simplified three circle symbol was used in Homecoming. It’s a variation of the Halo of The Sun symbol from past Silent Hill titles. Is it a remnant of the Order, or does it have a purpose in Downpour?

Devin Shatsky, producer on Downpour stated that there wouldn’t be any cult business, but that doesn’t rule out the gods of Silent Hill. Will Murphy’s story directly involve the gods? We do know that Past Life, and Downpour are connected. Past Life dealt with Native American spirits, and the Halo of The Sun contains Native American language. If it’s in Downpour, then I suspect the gods will make a return in some way.

What’s with all of these ravens? (1:51) Well, it turns out ravens are very meaningful in some Native American cultures. Raven’s have been considered tricksters, bringers of life, and bringers of light (and the sun). These themes remind of the story told in Sun, the Silent Hill 3 OST track. Of course that was a telling of the myth from the mouth of crazy Claudia Wolf, but the bringer of life and light is a recurring theme between the raven and the gods of Silent Hill.