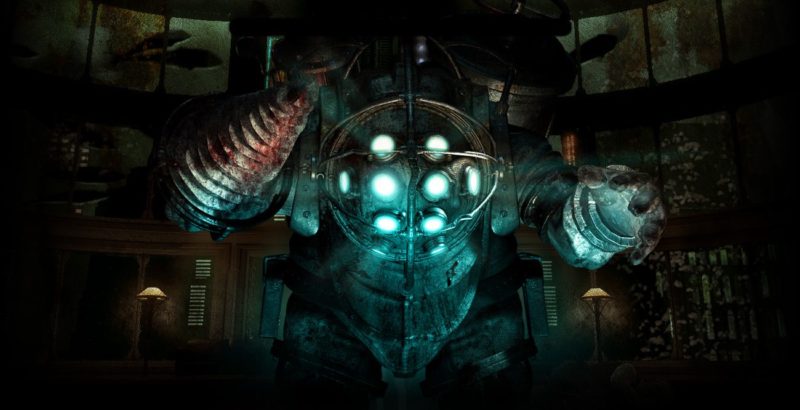 Boy, I hadn’t realized it’s been so long since BioShock Infinite.

With the somber cap that BioShock Infinite‘s DLC put on the series, I had been expecting (or maybe just hoping) that the series would be allowed to finish on the note Burial At Sea left us with. With the series creator and lead studio moved on to greener pastures (re-branded as Ghost Story Games), it seemed like it would be a pretty fruitless effort to try and create another game without them, especially as the last one ended up as BioShock 2 (while not terrible, it hardly lives up to the lofty meta philosophy and gaming commentary experiments the first and third games were). Of course, I was dead wrong, and of course we’re getting another BioShock.

In an expose on what happened to the studio behind Mafia 3, Kotaku mentions (rather offhandedly) that a new, unannounced BioShock game is reportedly in production by the 2K Studio working next door to the Mafia 3 people:

Many of the people who helped make Mafia III are now gone, including the game’s art director, technical art director, senior producers, design director, many design leads, and a number of other key staff. Some left voluntarily; others were let go or asked to move. Some went to other game companies; others moved to the top-secret studio next door to work on an unannounced new BioShock game.

This uh… seems like it should be a bigger deal than just a single line in an article that otherwise has nothing to do with it. But hey, I guess that’s what mic-drops are for, right? According to Digital Trends, BioShock 4 is currently code-named Parkside, but is pretty early stages at the moment. It does appear to be running on Unreal Engine, just like the other three games at least.

It’ll be interesting to see what will be done with the future of BioShock. While the series is, on a surface level, a horror adventure RPG set in fantastic period-specific fantasy lands, at it’s core BioShock was an examination of how gamers interacted with video game storytelling and the potential consequences of those stories when applied to real life choices. The set dressing was never really the point, but of course the dystopian mirror cities of Rapture and Columbia were absolutely selling points and are part of the reason the series has stuck with people for so long. It seems impossible to try and tell a new story in this series without these elements, but we’ll see. I had hopes a few years back that, as BioShock explored a 50s era landscape, and Infinite explored an early 1910’s one, that perhaps we could get another distinct era in the form of a BioShock set in the 1980s (complete with the music that made that era so iconic as well as the distinctive look and feel of the 80s), but that’s fanboy hopes.

We’ll keep you updated on this. Considering it’s still in early development, there’s a pretty good chance we won’t her about it for a while, but you never know.