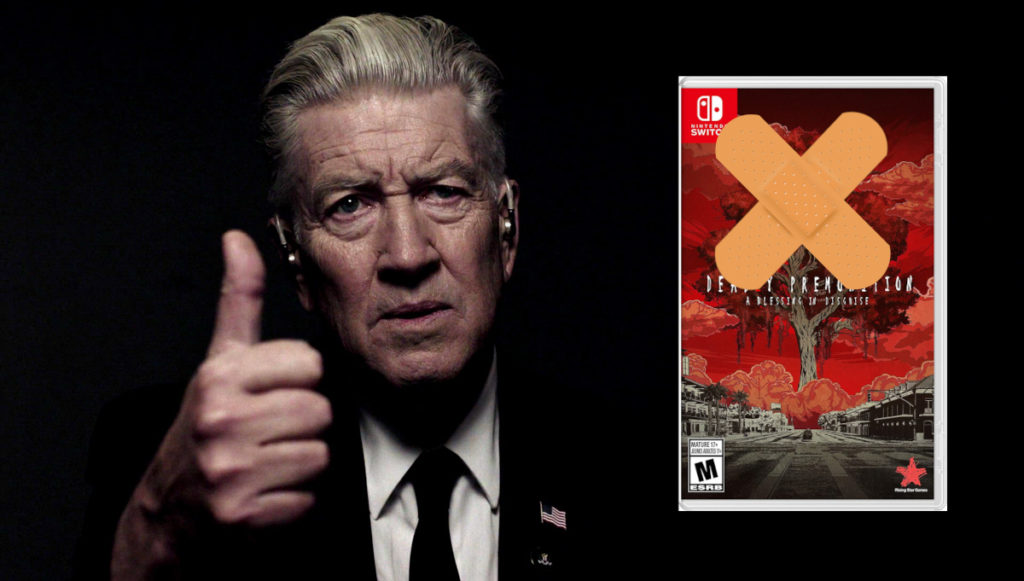 Almost a decade after the original game’s release, Deadly Premonition 2: A Blessing in Disguise is nearly upon us. Yesterday, reviews for the sequel started to drop (including our own), and one of the biggest discussion points have been the game’s abysmal framerate and performance. Unlike some fans would like you to believe, a sub 30 framerate is not one of the quirky technical failings that defined the series, as evidenced by the original 2010 game largely lacking this issue and now publisher Rising Star Games’ announcement that they’re addressing this problem in the sequel.

In our own review, Steven pointed out that Deadly Premonition 2‘s performance could get so bad as to incur input delay, severe pop-in, and an inconsistent framerate that dips below the standard 30fps minimum that most games strive to maintain (because for some people, like myself, it can be nauseating — much like it was when I played Deadly Premonition: Director’s Cut for PlayStation 3).

I CANNOT BELIEVE how terribly this game runs. A disgrace. https://t.co/oYefoCDBZU pic.twitter.com/ermxLzCSuM

Criticism about Deadly Premonition 2‘s framerate began prior to reviews, with IGN’s exclusive gameplay footage inciting discussion (and memes) online about whether such poor technical issues were acceptable even in a sequel to a game known for tons of technical jank. Even the game’s creator seemingly took the discourse in jest, retweeting memes about how fans were excited for the poor framerate and calling those talking about it “trolls“. But after Jim Sterling’s video impressions dropped yesterday, where he revealed that Rising Star Games’ PR informed him that a patch was not planned, news spread very quickly that the game would remain fairly broken. That is, until today.

Following a mixed set of reviews and tons of online chatter about the game’s framerate, Rising Star Games has confirmed that they’re working with the game’s developer ToyBox to improve the gameplay experience of Deadly Premonition 2. The publisher stated that “…patches are in the works.” That’s plural. Thank goodness.

Thank you all for your feedback regarding #DeadlyPremonition2!

We would like to officially clarify that the development team are constantly working on improving the title and patches are in the works.

Personally speaking, severely poor performance did not define my love for this series. Awkward sound mixing, stiff animations, and mediocre graphics — sure, that was all amusing. There’s nothing amusing about a bad framerate. Deadly Premonition is an excellent game in spite of its technical issues (even though the especially poor performance issues introduced in the Director’s Cut versions were never appreciated). Deadly Premonition fans expected some level of jank in the sequel, but not this bad; at least the game’s re-releases had an excuse for some of those issues (being ports of ports of a game originally in development for the PlayStation 2). Frankly, all I’ve seen and read about the sequel’s performance look and sound unacceptable. It’s a shame the game was allowed to release in this state, but I’m glad we can look forward to a better version of the sequel we’ve been waiting so long for.