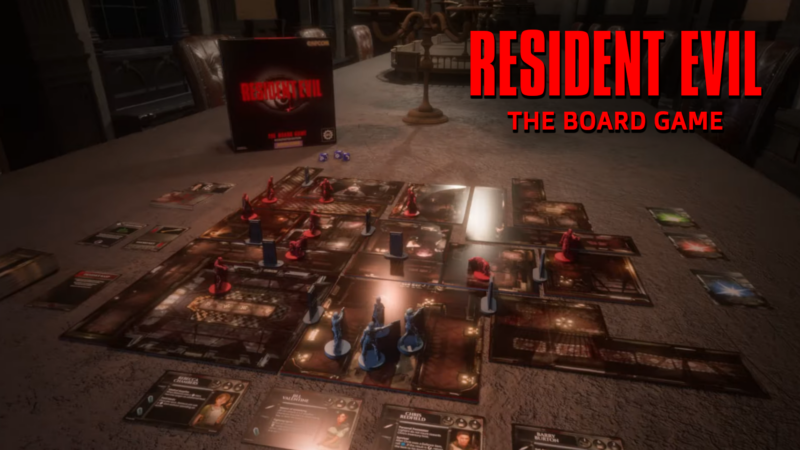 After two successful Resident Evil board games, it looks like Steamforged Games (who also made the Bloodborne and Dark Souls board games) are diving right into a third. Following up games based on the second and third entries, this game aims to adapt the very first Resident Evil, and has released a new teaser trailer showing off some pretty sterling animation of the Spencer estate (the 2002 REmake version of it) as well as digital renderings of the board itself and the proposed character pieces and cards. It’s dope, check it out:

I’ve been anxiously hoping that they were working on this for a while now. The RE2/3 board games were very cool, but I wasn’t really up for jumping into them — but I had always promised myself I’d get a Resident Evil 1 board game if they made one and, welp, here we are. The figures shown so far (and the audio from REmake used in the trailer) seem to indicate the prime set being based on Chris’s version of events, with figurines of Chris, Jill, Rebecca, and Wesker (although I’m willing to bet Barry can be purchased separately or as part of an expansion). All of the designs appear to be based on REmake, however, the packaging is using the original 1996 logo (presumably to fit with the classic logos used for the other two games, which used updated — but not REmake — versions of everyone). We can also see the Mansion board cards, although the trailer as a whole is a bit blurry and hard to make out. We also see cards depicting S.T.A.R.S. members and the classic Headturner zombie, but again, difficult to see clearly.

Resident Evil: The Board Game is going to be holding a Kickstarter, just like the other two, starting October 26th. We’ll update again when their goals and plans are revealed — we can’t wait to see just how far this game goes.