Resident Evil RE:Verse Has Been Delayed to ‘Summer’ 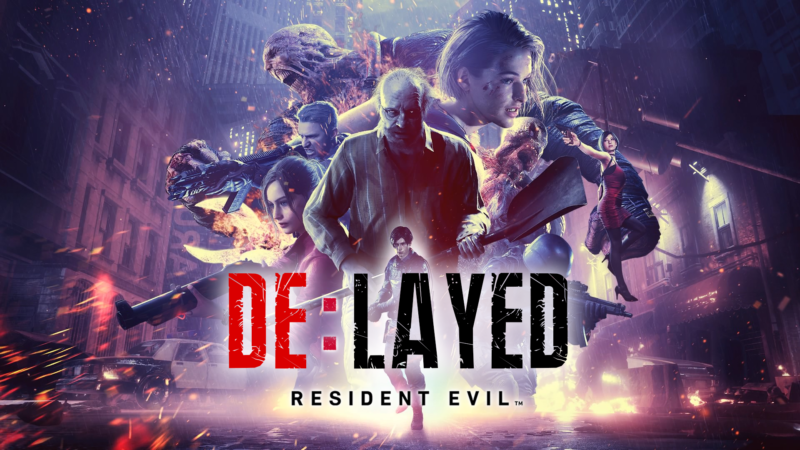 A few months ago we learned that Resident Evil Village would be following suit with the previous game in the series (REmake 3), by having a standalone multiplayer title bundled with it. That game, Resident Evil RE:Verse, was met with a fairly mixed response, exacerbated by a series of spotty betas last month. The game itself, a six-player free-for-all that sees classic RE characters from the previous three games duke it out (with the ability to transform into BOWs from those same games), has had very little information revealed about its content besides what was in the beta. Presumably more than just the one map and the handful of characters and BOWs will be available, but Capcom has yet to make any updates regarding content, despite the game presumably releasing next week. Turns out, there’s a reason for that.

Today, Capcom quietly altered the website for RE:Verse to say that, while you do get it for free for purchasing Resident Evil Village, the game itself will launch ‘Summer 2021’. This has yet to be announced on any of Capcom’s social media pages, including the official website for Resident Evil: Village. 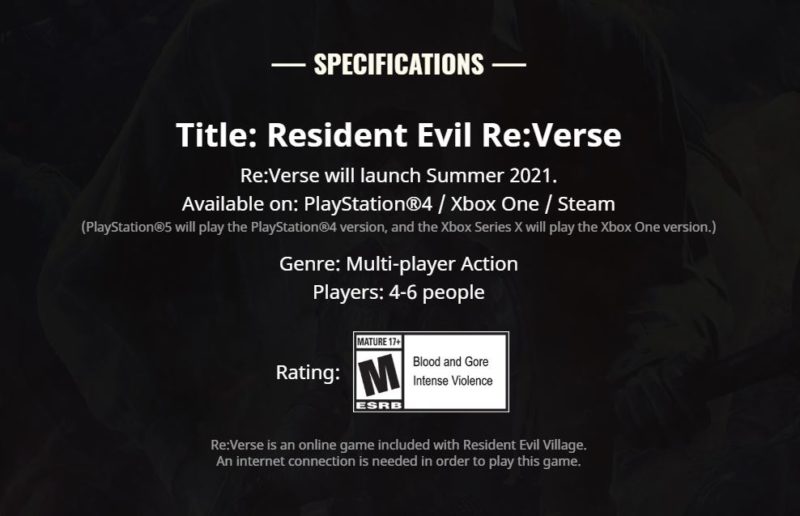 It is interesting to note, however, that both Resident Evil Village and RE:Verse‘s pages make special note of the game’s ‘availability period’. I actually hadn’t noticed this before, but in a rather sizable block of text detailing restrictions and specifications, Capcom lists this:

– Details of the operational period for Resident Evil Re:Verse, including commencement of availability and any potential announcements relating to the end of service, can be found on the official website.

– Please note that, depending on the timing of your purchase of Resident Evil Village, Resident Evil Re:Verse may already no longer be available, and/or the title may become available through other means in the future.

– Product codes will become invalid if the content is no longer available.

Now, to the best of my knowledge, REmake 3‘s pack-in game, Resistance, never said anything like this on its homepage (and still doesn’t). These bulletpoints are strangely specific, and it’s rare to see a game making such a deliberate effort to inform the customer that the game may very well simply be switched off eventually. It can also be read, as per the line “title may become available through other means in the future”, that its status as a bundled game may eventually be terminated, and the game sold separately on its own. Either way, it’s worth keeping a tab on it, and this text might simply be for covering all potential bases and not actually mean anything specific as well.

For now, RE:Verse has only a vague ‘Summer’ release date now, while Resident Evil Village still hits Xbox systems, PlayStation 4/5, PC, and Stadia on May 7th.