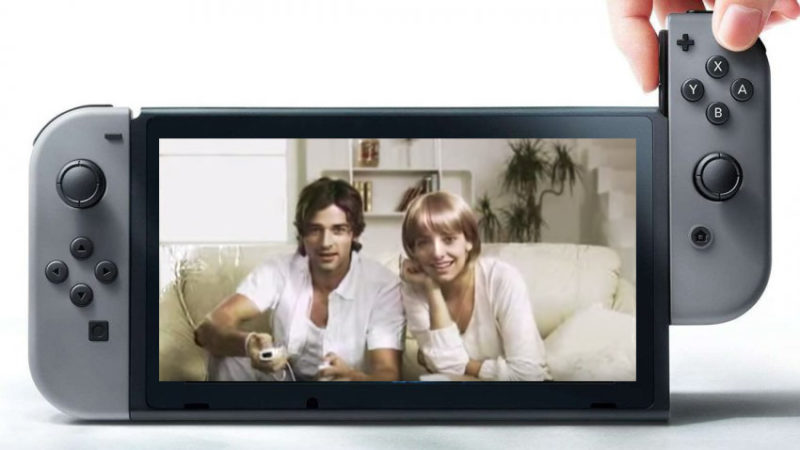 Nintendo’s runaway success console, the Switch, is finally getting some Resident Evil games. While I would always, of course, prefer Resident Evil 4 (I need a portable version, the stupid iPhone version doesn’t count), this release of both Resident Evil: Revelations and Revelations 2 is a little more than just a simple port. Both games have been enhanced with Switch-specific features, and while got a tease from some lucky fans who got some hands-on time with the games, it’s awesome to see them in a more official looking way. A new trailer has given us a taste of what to expect from these special Switch editions, and I’m frothing at the mouth.

First off, motion-controlled aiming is what I’m most excited for. Resident Evil 4: Wii Edition and Resident Evil 5: Gold Edition (on PS3) were so damn much fun to play, creating an entirely different experience just through motion controls. Aiming your weapon, slashing with the knife, and waggling to get out of an enemies’ grasp, it was stupid crazy fun. I had genuinely been lamenting how, as the games industry is largely leaving motion controls behind (not counting VR, which is a wholly different experience), we probably would never get another game that played like that. Low and behold, the Switch is here to the rescue. I’ve played a few games that have motion-controlled aiming, and it works surprisingly great, Zelda: Breath of the Wild as my favorite (with motion-controlled aiming for your bow).

The next big update is that when playing with the motion-controls (as you can opt to just play the game normally with the Joycons in the grip or with a Pro Controller), you have the option of reloading with a gesture that involves the Switch’s oft-forgotten IR camera, located in the bottom of the right Joycon. Bringing your hands together in a “reloading” motion will actually reload your gun in the game, a big difference from RE4: Wii Edition‘s “shake the controller once” action. I’m curious how this will feel in gameplay, as it could get tiresome after a little while, but my hopes are high. And I can always just tap Y to reload if I get fatigued by the repetitive motion.

Next up, we have Amiibo support! Sadly, this trailer doesn’t tease the possibility of RE Amiibo being released (please!!!), but it’s still awesome to know for sure that the feature is included. Apparently tapping an Amiibo will grant us extra weapons and other goodies (ammo, grenades, health, etc). This isn’t quite as amazing as I’d been hoping (costumes, exclusive weapons, etc), but I guess it is asking a lot of a feature bolted on to an existing game. Still really want RE Amiibo though. I need them.

Finally, we get a run-down of everything else to expect: both games, of course, will include all DLC released, at no extra charge, even the special Raid-mode characters like Wesker, HUNK, and Lady HUNK (at least it’s a better name than Linkle, although both characters are no less perplexing). This DLC ranges from additional maps, costumes, weapons, and the two mini-story episodes from Revelations 2. Oh, and we also get to see that we can play co-op in Revelations 2 with both Joycons. I feel that might play… a little awkwardly with just one stick apiece, but I guess we’ll find out. Maybe it’ll use tank controls?

Both games hit the Switch November 28th, you can purchase them individually as digital downloads, or together in a physical pack collection (although Revelations 2 is still a download code). Stay tuned for our review, I’m stoked.