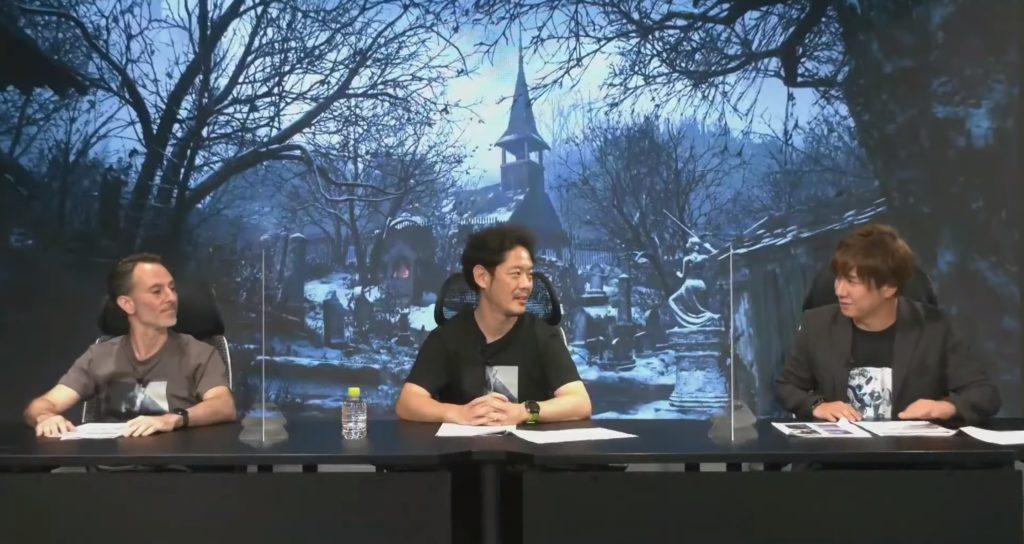 Today’s presentation of Resident Evil 8 Village at Capcom’s Special Program Livestream from Tokyo Games Show 2020 gave us some new insights into the game’s world and how it came to be, featuring producers Peter Fabiano and Tsuyoshi Kanda.

The game will take place several years after the previous installment in the series, and players once again assume the role of Ethan Winters, who is now “living peacefully with his wife Mia.” Fabiano and Kanda also mentioned Chris Redfield but add that they cannot currently disclose more about his role in the game. Next, they gave an introduction to the game’s eponymous village, which they describe as a “desolate, snowy village, where all sorts of drama unfolds.” The producers consider the village to be another main character in the game due to its location playing such an important role.

After this, they showed an image of a humanoid creature with wild teeth and torn rags for clothes lurking on the ground, which was also shortly featured in the trailer. They are described as fast-moving and violent hunters that may appear in packs. When not alone, they will coordinate their attacks and as such be more difficult to defeat. 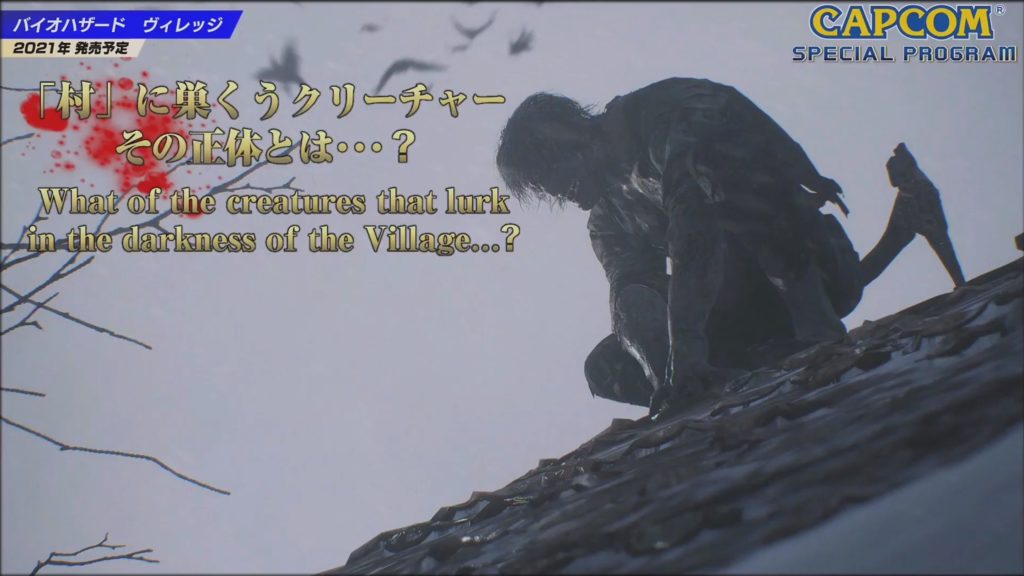 The producers say that despite the village being a hostile place, the player will still encounter people who live in this desolate area, showing an image of people holding hands, clothed in what I would call peasant’s clothing. What role these people will play and how they’ll affect the game’s story they did not want to reveal at this point — instead asking viewers to come up with their own ideas when looking at the images. 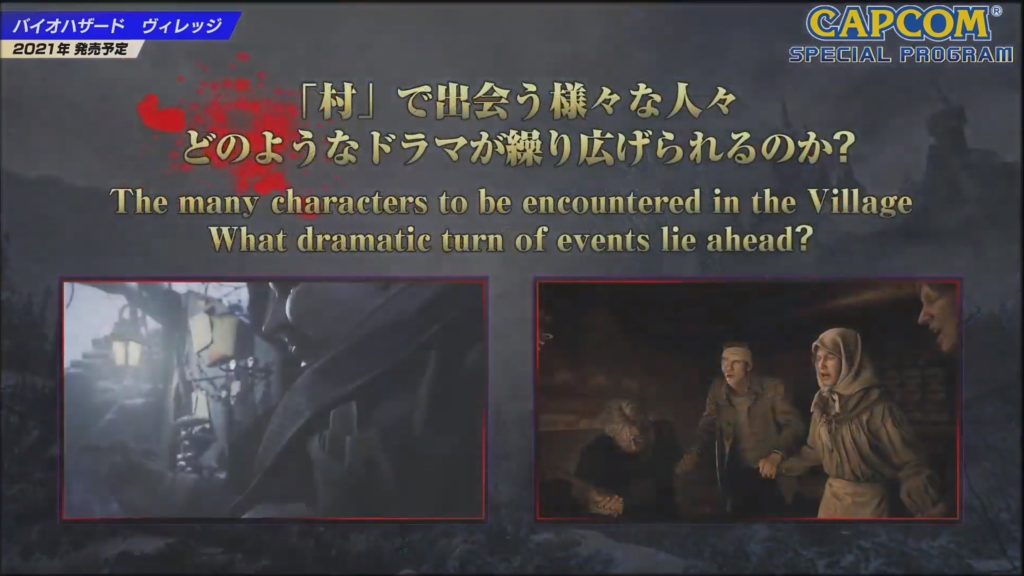 Capcom also showed an interview with Peter Fabiano, Morimasa Sato, and art director Tomonori Takano that starts with them talking about the game being “beautiful but scary.” The title of the video is The Making Of Village Biohazard [Winter Comes for Ethan]. It is then mentioned that, for Resident Evil 7, they had thought of Ethan mostly as a playable blank slate camera vessel for the player. They later realized that it was important for the story to develop him into a fully-fledged character. This led to them imagining this character’s life after the events of Resident Evil 7. Because of this, the creators decided pretty early into Resident Evil 8 Village‘s lifecycle that Ethan had to be the main character for this new game as well.

Takano said that, even though the scenery is much different this time, they “wanted to make sure the village was just as terrifying as Resident Evil 7, maybe even scarier,” pointing out they changed their approach to lighting a lot for the new title. The producers went on to explain they had revisited earlier games they had worked on, rethinking the logic they used to “try and make a really terrifying game.” Sato then explains that Resident Evil 8 Village is “a bit more catchy – a bit more easy to pull yourself into” compared to the previous installment in the series. He says that, as a director, it’s all about the feeling in the game, trying to find where the beauty, the cruelty, the terror in the game are. 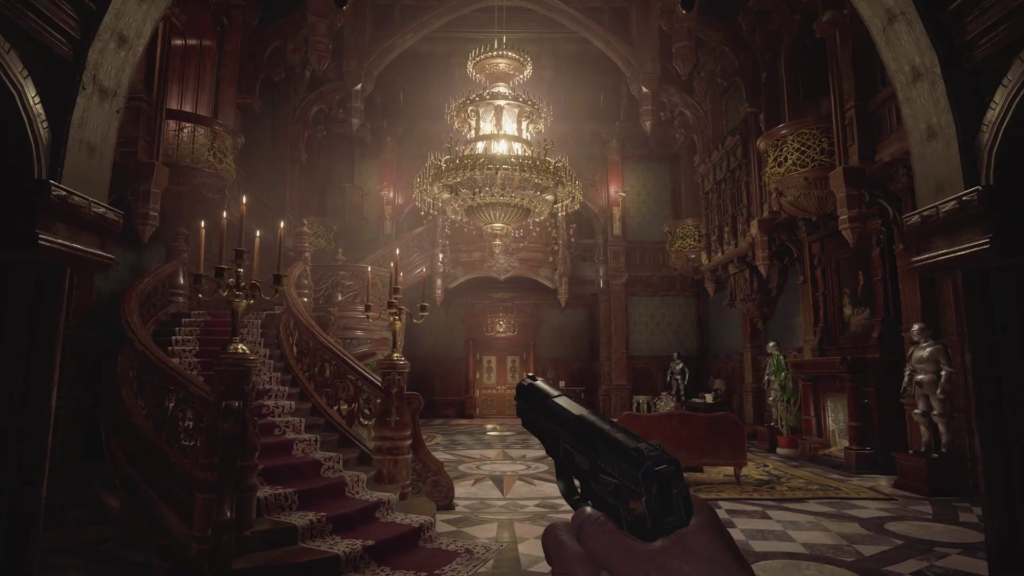 Despite the village being a small and rather confined space, Sato said their approach was to try and give it a colossal feel. To achieve that they, as an example, tried to make the mountainous scenery around the village look “as fantastic as possible to really give it a wide, open vibe.” The art director further discusses this by saying they want players to be surprised that they could actually go to places they saw in the distance. Therefore, they had to come up with a way to let players find their own solutions to things that happen in the game. 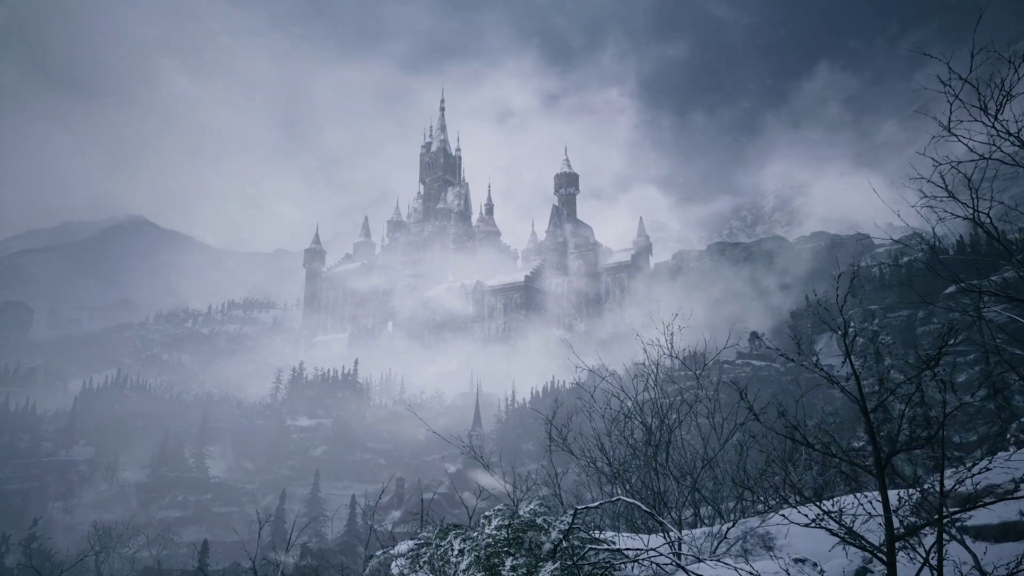 All of this indicates that Resident Evil 8 Village will feature a much more open world to play in, with Sato saying “you have a lot more freedom than in RE7 – we want players to experiment to figure out things that work for them,” likening the game to a playable horror movie. Peter Fabiano also emphasized the openness of the game, saying he really wants players to explore the set pieces in the game and added “the only way that you could make it any more immersive, I guess, is to scan yourself and put yourself in the game.” This could either be something he thought sounds cool to say in the presentation without further explanation or it could be a hint at this being a feature they actually think about implementing in some form. I, for one, would love it.

Next up the developers mention the children’s’ storybook that could be seen in the trailers for the game. Initially, they had included a lot of different story bits into the game but were then worried that players might be confused, asking “what’s this all about” which, of course, they wanted to avoid. So, in an effort to make it easier to follow, they decided to put all of it into one storybook that would summarize these ideas, that “come together, once you make it through the entire game,” Fabiano explained. 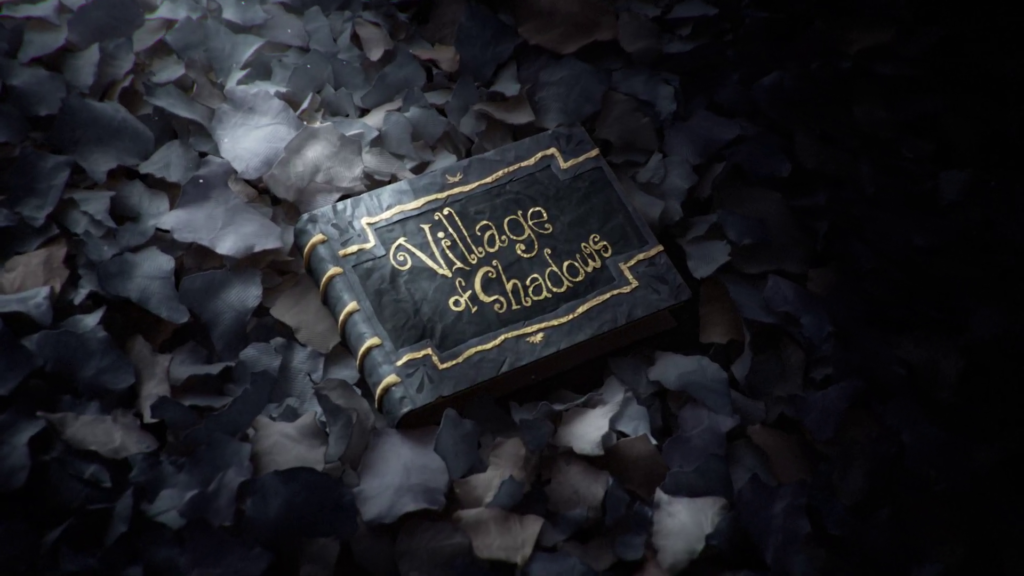 The interview piece ended with Sato saying that to him, Resident Evil 8 Village is “this kind of story about Ethan; this one guy,” saying that it is basically “who he is brought into a single game.”

We also learned that a current-gen port for PlayStation 4 and Xbox One is still not off the table. Huge news for fans of the game who might not be able or wanting to get their hands on the new consoles right away.

The developers ended their presentation by telling us to stay tuned for more information and announced the 25th anniversary of the original Resident Evil for next year. It will be interesting to see what they have in store for that, showing off an image featuring some of the most iconic characters throughout the entire series. Consider us excited for the future of the franchise. 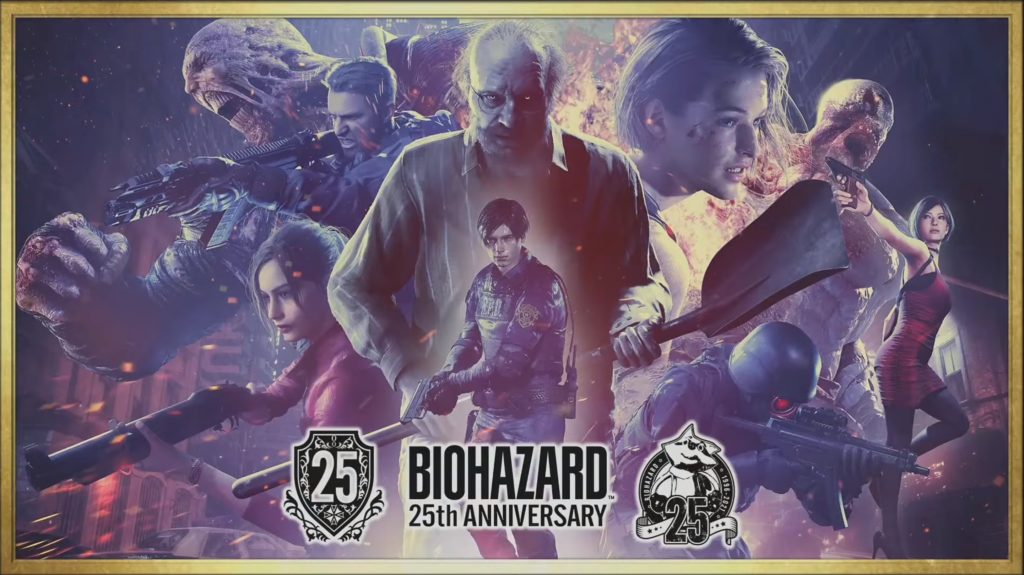 The video “Making of Village Biohazard” is available here. 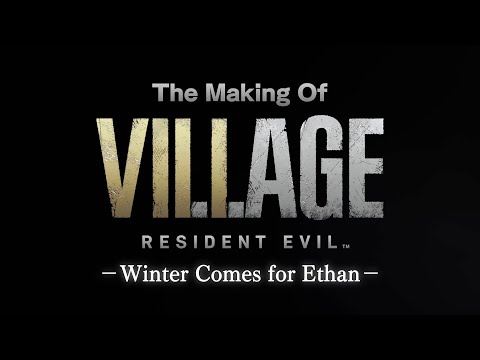