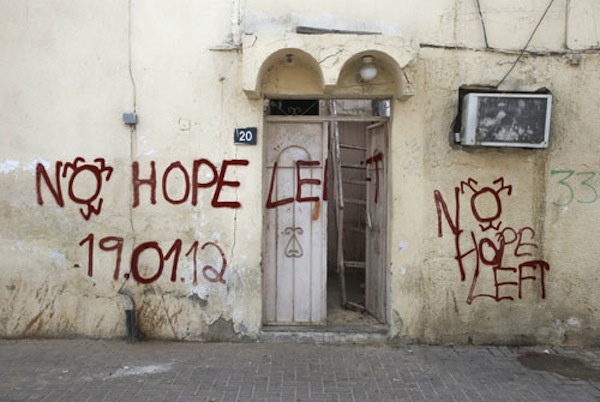 Don’t we all just love rumors? And what better rumor than one pertaining to a game many of us are dying to see finally announced: Resident Evil 6. Just make sure you take this with a G5 Birkin-sized grain of salt, though. We’re currently trying to find more concrete links between this viral site and Resident Evil (and Capcom in general). There are some connections though…

Basically, a new viral site has just launched, which could end up being the creation of a very dedicated fan. This site is filled with post-apocalptic photographs with “No Hope Left” being sprayed on many walls, accompanied by a weird symbol. Not just that, but there’s also a pretty effective video on the site, which you can view below. 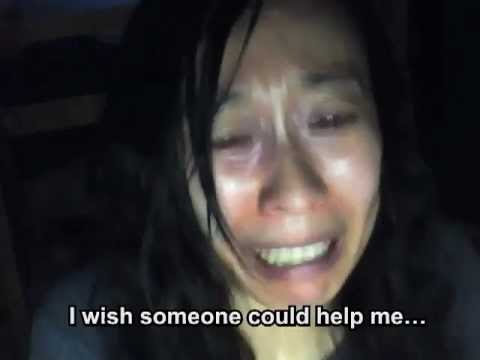 Well, what do you think? Another interesting thing is that you can find “19.01.12” spray painted on the walls in a couple of images on the site (with one being featured up above). And we all know that Capcom’s Resident Evil 15th anniversary event is being held this coming Friday on the 20th… A possible tease at a Resident Evil reveal? Could be. But then again, as aforementioned, this could just be the work of a very devoted fan. Discuss away in the comments below!

Note: We’ll be updating this story as we find out more. So it could potentially end up being deemed fan-made by day’s end.

Doing a super-high-tech Google search, we were able to find that Identity Protect Ltd is actually a get-up in England.  However so far, we’re not sure if this is just a smokescreen, or if it’s some sort of advertisement for identity protection.

Looking at the YouTube account of TForepaugh, the user who uploaded the videos, shows that the account was activated on January 9, with only three videos.  The first, being the original video of the woman speaking in Mandarin – but then seeing as how people all over the world don’t exactly speak Mandarin, a second video appeared with subtitles.  And then a third  video was uploaded, showing only a date, with the woman heard crying in the background.