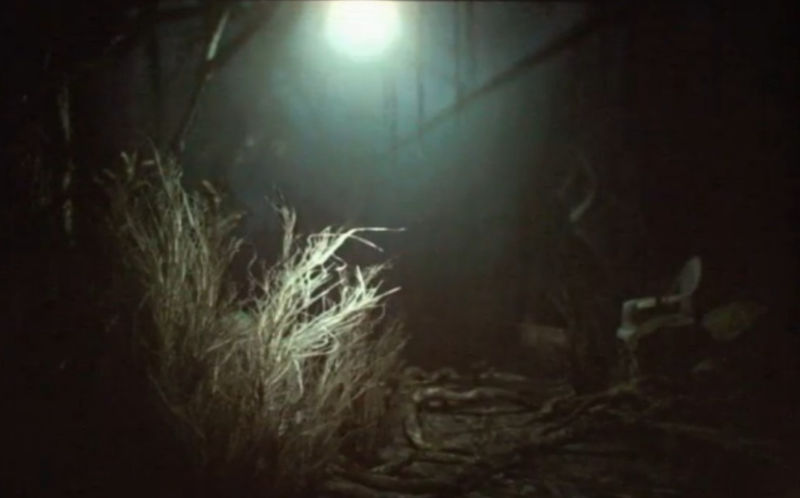 (Update) I guess Capcom found out this stuff had been leaked, and decided “Eh, screw it”. They officially released this stuff on their Facebook page early today, and even confirmed that there will be no microtransactions! So that’s a load off some people’s minds, I’m sure.

If for some reason the last six or seven times combat was confirmed weren’t official enough, we’ve got our first look at the game’s ammunition (and some other stuff, too).

Leaked through a German retailer, Resident Evil VII Biohazard‘s official pre-order packs have been revealed, and they give us a teasing look at some of the game’s combat and healing mechanics, as well as a few more coins to ponder over. It’s not known if these “survival packs” are separate or if they all come together, but regardless they’re very interesting to see. My guess is that, regardless of which ones you get (or if you get all of them) these aren’t “exclusive” items, rather that they’re bonuses that you get earlier in the game than you normally would have. Maybe not from the word go, but after an hour or two we might find them waiting for us.

The first Survival Pack is the Recovery Set, which includes some Green Herbs, and two jars of green fluid (speculated to be this game’s version of mixing herbs together) and a golden coin. You probably recognize the image, as it’s the exact same one sent to Resident Evil Ambassadors last month.

The second is the handgun set. This features a couple of interesting items, all of which we’re seeing for the first time here. First up, there’s two boxes of ammunition. One is in a red carton, more or less identical to the way handgun ammo has looked in nearly every Resident Evil game ever made. The second carton is a lot more intriguing, it’s still handgun ammo but this pack is in a black carton. This black box of ammo, along with what appears to be a small cloth with gunpowder packed into it, seems to spell out only one thing. Ammo creation is returning, a mechanic that was only ever used in Resident Evil 3: Nemesis.  In RE3, we could find jars of gunpowder throughout the game, and using an item called the Reloading Tool, we could create ammo for nearly every weapon in the game. Combining special kinds of gunpowder could net us more powerful ammunition for our guns, including enhanced ammo for our handgun. This enhanced ammo, interestingly enough, came in a black carton just like what’s shown here.

This set also includes what looks like either a silver or platinum coin, which is our second look at what’s probably a monetary system in this game. I’m super curious as to how this stuff will be implemented, as I doubt that something like The Merchant will be returning (as much as I’d love to see him again). Having a legit storefront doesn’t seem like it would mesh well with the game’s atmosphere (that we’ve seen at least), so I’m going to guess that it’s perhaps more like Resident Evil 5‘s shop, an in-between chapters menu that we can browse.

The third pack is the Burner Set, which contains two canisters of “gas”, and what looks like two striker tablets (used for starting hand-made campfires and such).  We already have confirmation of flamethrowers thanks to the ESRB’s leak a few weeks ago, but I don’t think this is exactly what people had in mind. Presumably inspired by Rebecca Chambers’ special move from The Mercenaries Reunion, these are much more down-to-earth than the military grade flame throwers we’ve seen in previous games. Again, this character is a normal person put into an extreme situation, so I think this change is a good fit.

This pack also contains a coin, this one looking like it’s for sure silver (it’s considerably duller than the coin included in the Handgun Set). Considering they’re only including individual coins in these images, I have the feeling a single coin is worth a lot more than in previous games, which also leads me to believe that money (if that is indeed what these coins are) is considerably more scarce in this title than it was in RE4 and 5 (where we would end up with heaping stacks of gold, jewels, and statues by the game’s end).

Finally, the fourth pack is the one that will probably stir the most discussion, as it’s the one that breaks from the norm the most. The “Chem Fluid Set” contains two entirely new items that I can’t quite describe. One is a liquid IV bag, simply labeled “Chem Fluid”, and the other is a small, unmarked, black tin, containing a dozen or so yellow tablets. These items beg some explanation, but at the moment we just don’t have any. I have no idea what these items could ultimately end up being used for, although the inclusion of another bottle of herb juice (or whatever it is) seems to suggest that these must have some sort of healing use.

My best guesses are that these items either enhance us in some way, perhaps in a similar manner to Yellow Herbs from Resident Evil 4, or that they may be used as a way of enhancing Ethan, the player character. Perhaps we have stats of some sort, and mixing these items together will give us small, but permanent stat improvements (better aiming, faster running, etc). It’s not wholey un-Resident Evil, especially seeing as special stat bonuses were available in RE6 (although they were limited to three at a time). This is of course, just my own speculation.

This pack also includes a bronze coin, which also leads me to the thinking that these items are some sort of stat related thing. A trade off, less money, but come out of the gate with better stats. Balancing.

It’ll be very interesting to see how these are all used in the final game, which comes out January 24th 2017 across Xbox One, PS4 and PC. Fingers crossed that we’ll have a more detailed reveal of these items at Sony’s TGS show, which kicks off in just a few hours.