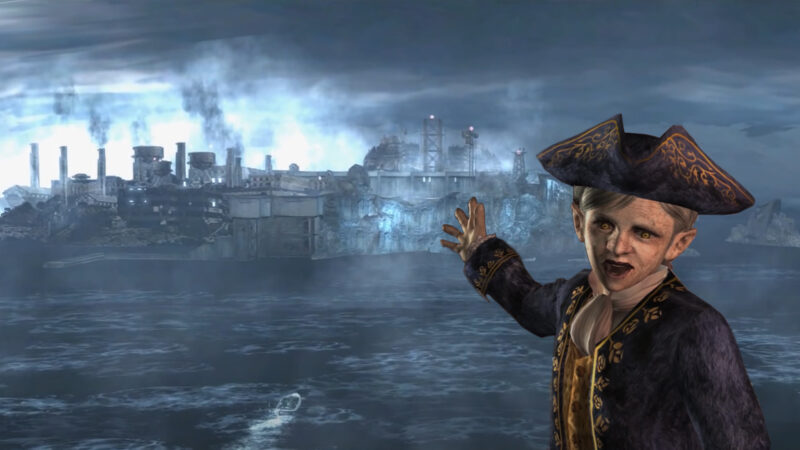 With now just under three months (80 days to be precise) to go until the release of Resident Evil 4 Remake, fans are beginning to grow restless the longer we go without updates. Much ado has been made in regards to whether or not content would be getting cut from the original game, following the cut content scene in both Resident Evil 2 and 3 remakes (with the emphasis being put on 3 as it cut about half of the original game’s areas), thanks in no small part to a series of hoax leaks that listed off massive chunks of RE4 being left on the cutting room floor. Thanks to a recent interview Resident Evil 4 Remake producer Yoshiaki Hirabayashi gave with Edge Magazine, we can finally lay those rumors to rest:

The team was divided into independent subgroups, each given a different area to develop: the village, the castle, the island. These teams worked separately before their work was brought together to see how each overhauled element worked with the others to create a holistic experience. “Our approach was quite granular,” Hirabayashi explains. “Rather than saying, ‘Oh, this is a bit that we struggled to make in the original due to technological limitations that we can now perfect; we took a hundred individual, small elements that make up the original gameplay experience, and remade and polished those building blocks,”

So that’s a relief, although personally I never doubted that the kinds of ridiculously heavy cuts fans were worried about would be made (especially following the backlash over Resident Evil 3 Remake‘s cut content in particular). For those unfamiliar, ‘The Island’ makes up the final third of Resident Evil 4‘s locations, and the entirety of the original GameCube release’s disc 2. Including multiple unique enemies and bosses, one of the game’s most iconic enemies, and one of the game’s most beloved characters, “mass revolt” over these elements being missing would be runner-up for the understatement of the century.

Along with this information, we also got some new details on how we’ll see our favorite moments play out:

“Leon brings a certain kind of wit to the experience,” Hirabayashi says, “We’ve developed the character drama, specifically the interactions between characters and their personalities. The original game was more gamey’ in that sense: story scenes were mostly there to serve the pacing of the gameplay. Singleplayer story games have developed since then, so it’s been important to integrate the storyline elements. We’ve tried to make sure that this remake feels like a thoroughly modern, story-based singleplayer experience in that sense.”

While it’s obvious that Resident Evil 4 Remake will retain a degree of the original’s campiness just based on how absolutely ridiculous the gameplay we’ve seen so far has been (along with Leon’s mid-action quipping), but it’s nice to know that the cutscenes will evidently be getting a new, slicker coat of paint. One of the biggest criticisms of the original version was how disconnected it felt from RE-lore, along with how aloof and intentionally silly the story came off. Things just sort of happened, and almost nothing from the 6-year-gap between the previous furthest point in the series (Code: Veronica) and the “now” of 2004 was explained or even given context. While I don’t expect a dissertation on the period between the Resident Evil 2 and 4 remakes, I’m hopeful that leaning into the drama of everything a bit more can allow for some of those context holes to be patched up.

We highly recommend checking out the rest of the interview in Edge, and We’re hopeful a new trailer or gameplay video is just around the corner, given how close Resident Evil 4 Remake is to release — which is of course March 24th. We’ll keep you updated as any new information is revealed!