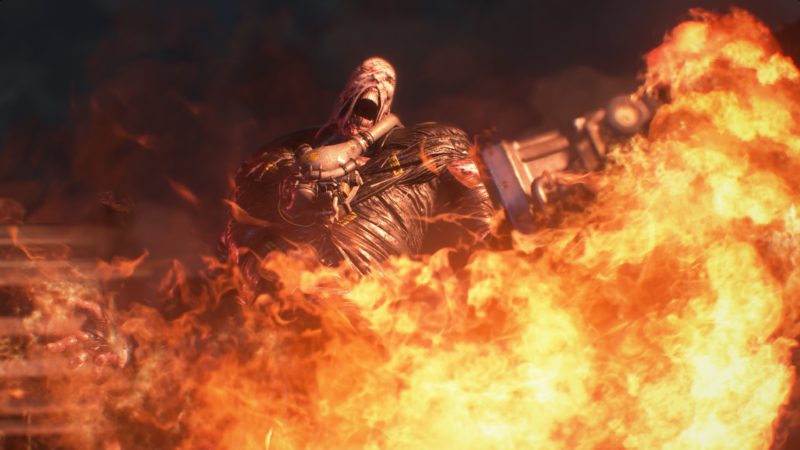 The clock doth tick. Resident Evil 3 Remake is less than four months away, and as such we’re most likely going to be getting more information and faster than we did with either REmake 2 or RE7 (which both had almost exactly seven months between reveal and launch). Last night Capcom held one of their semi-regular Capcom-TV streams where developers answer questions and generally hype games, and Resident Evil 3 Remake got a pretty big spotlight. While there was no new footage or screenshots, we did get a little bit more information on what to expect. Thanks to Resident Evil superfan Alex Aniel (@cvxfreak on Twitter) we got real-time translations of what the team was discussing. Here are some bullet points, but you can watch his stream as well!

Expect Nemesis to be “a lot more ferocious” than Mr. X from Resident Evil 2

This is kind of a no-brainer, as Nemesis has always been one step (or maybe several) above a regular factory-line Tyrant. In lore, Nemesis is an advanced, experimental hunter special developed with a parasite that allows it to use weapons and even plan (while Mr. X is much more of a mindless automaton). We cannot wait to see how this manifests in-game. 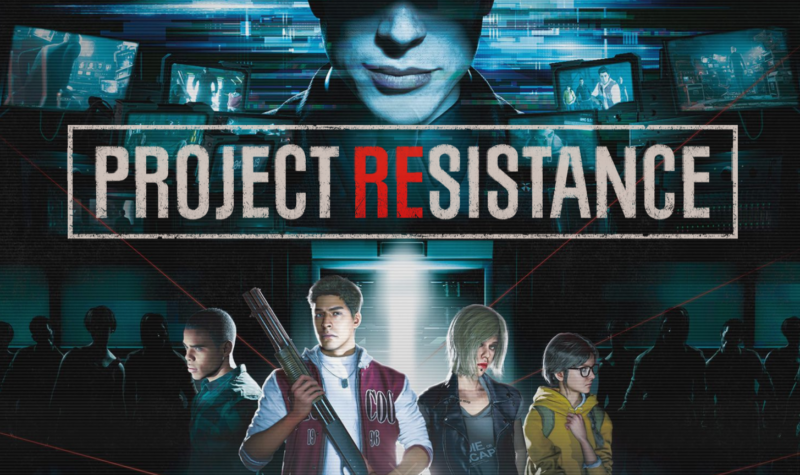 This sounds like more or less a no-brainer, but it’s still nice to have confirmation. We’ve thus far seen six Survivors and two Masterminds, and one stage. Here’s hoping we see more from the game soon, as there’s still a lot of skeptical fans. Fingers crossed we won’t be locked in to the lore of REsistance and can play as mainline stars like Leon, Jill, Chris, etc.

The will be a fourteen-page special on Resident Evil 3 Remake in tomorrow’s issue of Famitsu (Alex will try to get a translation of the special out as soon as he can).

Capcom are very pleased with the response to Resident Evil 3 Remake‘s reveal.

While Resident Evil 2 Remake tried to remain faithful to the original game, Resident Evil 3 Remake will be taking many more liberties with the story, and the story we already know will have “arrangements”. Characters are meant to stand out more than they originally did. Dario Rosso and Brad Vickers are examples of this. He will have a much larger role than before, although they can’t get into it too much yet.

This I’m not super surprised by, considering that (in comparison) significantly less happens in RE3. RE3 still has a great, compelling story (I especially love how character-driven it is, which is a huge step up from the more stereotypical heroes of RE1 and 2). Upgrading and changing RE3‘s story will hopefully result in a bigger and more impactful story rather than the RE2.5 many fans regard it as.

If you don’t remember, Dario Rosso was the grieving father from RE3‘s opening who locks himself in the shipping container. The character was more or less the only representation of a Raccoon City civilian in the original game, and his role was limited to the opening cutscene, a single interaction when examing his hiding spot, and finding his diary upon revisiting him (whereupon you also find him ripped apart in a corner of the warehouse). This is pretty neat to hear, especially as a huge fan of Raccoon City and its tragic story — learning more about it is always a joy to me.

Brad Vickers can already be seen taking a massive change in another direction in the existing trailer, playing a much more active role during the RPD evacuation operation — in the original game, Brad just wined a lot and died.

That was indeed a Hunter β we saw in the reveal trailer, and we should look forward to it working “a bit different” than it did in the original game.

This is great to hear, considering that the Hunter βs from the original game were… basically just the Hunters from RE1, mechanically speaking. The Hunter, which was one of RE‘s most fearsome foes back in the day, has become somewhat dull (to me anyway) after having killed hundreds of them across The Umbrella and Darkside Chronicles as well as Revelations. They need to be scary again, as even just one was a major threat in the original games.

Capcom is currently working on the second Resident Evil 3 Remake trailer, due out early 2020. This will have more screentime for Carlos and Nemesis.

Sounds good to me. Despite his ugly mug being front and center of Resident Evil 3 Remake‘s box art (both standard and the Japanese Z-Version) as well as the screenshot of him screaming, the reveal trailer played it very coy with him, resorting to imagery of Nemmy being worked on by Umbrella scientists in footage very reminiscent of the film Resident Evil: Apocolypse. Carlos didn’t get pushed quite as far to the back, but he still had very little screentime in the trailer, meer seconds actually. We eagerly await any new footage they’re willing to show off.

On top of all of this, Resident Evil YouTuber Where’s Barry believes we may be seeing this trailer at next years PAX South, which is one month away.

The most likely time a new #ResidentEvil3Remake trailer would be shown would be during the week of the gaming convention #PAXSouth which takes place starting January 17th. I’ve got my money on that, one month from now.

That’s it for now, but we’re keeping our ear to the ground for even the slightest rumbling, the meerest fart of information regarding the upcoming remake. Look out for more news comin’ at you as soon as possible!