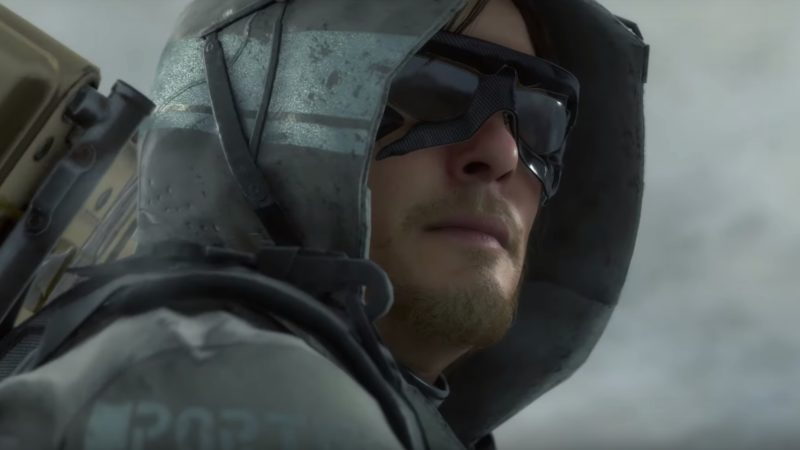 A few days after the launch of Death Stranding — hell, probably within a few hours after the embargo for the publication of reviews lifts, we expect that the information about Hideo Kojima’s new work will generate a… tremendous amount of interest. So far, next to nothing is known about what Kojima and his team have really done, as he’s tried not to reveal essential elements during the development process. However, there are loose pieces of information here and there that can be put together to learn more —  and Norman Reedus just added a few more while talking about his experience integrating with Kojima’s process.

During an interview conducted by The Hollywood Reporter, Norman Reedus (best known for his role on The Walking Dead) who plays the role of Sam Bridges in Death Stranding, discussed the essence of the title, his proposal, and what Kojima wants to express through his performance. Initially, Reedus said that it took a while before he really understood Kojima’s plan, but once he did — the concept of Death Stranding surprised him. Specifically, he pointed out that one of the most important aspects is the creation of a bond with the characters.

As we worked on the game, it began to make more sense to me and now I know what the game’s about, but I’ll admit, there was a good half a year in the beginning where I was just like, I trust him, I’m going to do whatever he says. Now that I know what it’s about, it’s completely different than all the games I’ve seen my son play. It’s a different, powerful, personable concept. I wear this suit and in between takes I’d take a sip of water and wipe my mouth with my sleeve and he’d be like, do that again. It happened so much and I kept saying, why are we doing so many of these little Norman things?

He told me pretty early on when I asked him that everyone was going to play me in this game and he said, no, they’re going to be you. All the little mannerisms that Norman has, the game has because instead of a generic character that you play throughout the story of a game, he wants you to connect with it. He wants you to feel emotion towards your player because the emotion you feel towards the player is part of the game. As the story grows and character you’re playing grows, you grow with it and I sort of saw that happen as we were making it. I saw what a difference that was compared to the games I saw my son play. It’s a different sort of concept.

Subsequently, Norman Reedus referred to the concept of connection — a very important aspect in Death Stranding (that Kojima has remarked on previously). He explains that the goal is to build, rather than destroy, and considers the concept is something that we have never seen before.

The human interaction you have with this character and you meet other people who are having the same interactions and you are building something instead of breaking something down — there’s elements of horror in there, elements of action and adventure, but there’s also an element of connection. The connection, especially in today’s world with social media, it’s not a negative experience. It’s an only positive experience with the horrors of monsters and death and everything around you. It’s really a great communication device and not just uplifting.

If you want to empower people, you involved them in the conversation. This game is empowering in that way. It’s a whole new concept and it’s super fascinating. And beyond all that, the graphics are just crazy. I’ve never been so perfectly rendered in something like this before!

Death Stranding will debut on November 8th for PS4. The title will arrive on PC in the summer of 2020.