No, Resident Evil 4 on Switch Doesn't Have Motion Controls - Rely on Horror

No, Resident Evil 4 on Switch Doesn’t Have Motion Controls 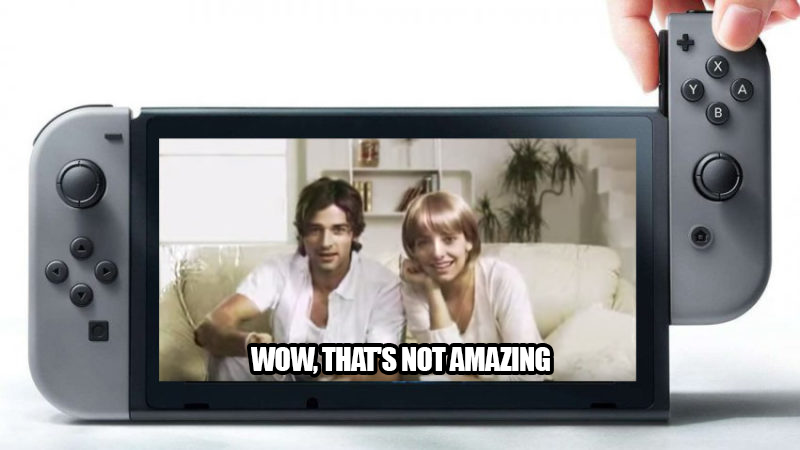 Sigh, what had been one of my most looked-forward-to ports of the year has sunk lower and lower on my interest spectrum. Late last year, Resident Evil Origins Collection (REmake and Zero) and RE4 were announced for Nintendo Switch, marking the first time those games would be available portably. My head was in the clouds at this prospect, as RE4 on the go had been a dream game for me from the moment handhelds were good enough to run a game like that. The Switch already had two Resident Evil titles on it, the two Revelations games — and both had been ‘suped up with bonus content and new gyro/motion controls (and some admittedly clunky AR controls for reloading). There was minor Amiibo functionality, as well as two new small 8-bit minigames for earning more BP (the currency for Raid Mode). Overall it was a pretty amazing effort for two games that were already packed full of stuff. This extra effort made me excited for what RE4 on Switch could be like (as well as REmake and Zero — both had minor motion functions for their Archives releases on Wii) as it’s easily a way higher profile title than the Revelations games.

I was quickly disappointed by the bizarre pricing Capcom had chosen to go with on these three games — marking them ten dollars higher than any other release of RE4 since the “HD Edition” on Xbox 360 and PS3 almost ten years ago. While REmake, Zero, and RE4 are still available across XBO, PS4, and Steam for $19.99, the Switch versions are $29.99 apiece totaling to $89.99 for the set. $29.99 puts these games from closing in on 20 years ago at the oldest at the same price point as Resident Evil 7 — you know, from three years ago. The “Nintendo tax” as critics call it can’t even be applied here, as that only applies to physical carts — and RE4 isn’t getting a physical release. On top of this, both Revelations games were released at their standard price across all current-gen platforms — $19.99. It’s insulting and greedy-feeling. “We know you’ll buy them anyway” is the message that comes across. On top of this, the one last thing I had been hoping for to save this release (of RE4 specifically) was the inclusion of gyro motion controls. Those hopes have now gone up in a puff of smoke, thanks to BizDev Manager and author of an upcoming History of RE book, Alex Aniel:

Resident Evil 4 on Switch does not have gyro controls. That’s very disappointing.

Hhhh. Over the years easily the best version of Resident Evil 4 has been the “Wii Edition”, which (while I often mock it’s goofy TV spot here) is a transformative way to play an already great game. Fluid and fun aiming with the Wii Remote elevated a must play to a must play version. Shaking the controller to get out of a Ganado’s grasp or ace a QTE was frantic and added a level of engagement that simply spinning the left stick in a circle or tapping A/X couldn’t recreate. It is very arguably a definitive version of a classic game — and hearing that the Switch version, the only platform that could have brought back this style, won’t be including it is extremely disappointing. The Revelations ports both had this feature, and it elevated the first title to something I really enjoyed (not having been a fan for the most part). Its lack of inclusion here ads lazy on top of the pile of accusations this release tempts from me.

Capcom has been on such an incredible roll lately, the back to back 10/10 releases of REmake 2 and DMC5, the incredible work done with Monster Hunter World and the efforts made to win back fans from the botched launch of Street Fighter 5. Hell, the Ace Attorney Trilogy port that just released was great and had a handful of minor UI upgrades to accommodate the move from handheld to console. Why oh why are these ports being treated like this, when they could have been a triumphant return (as all three originated on Nintendo hardware and haven’t been back in about ten years). C’mon guys, I’m in your corner, I’ve been cheering the return of CapGod for months now. Stoppit.