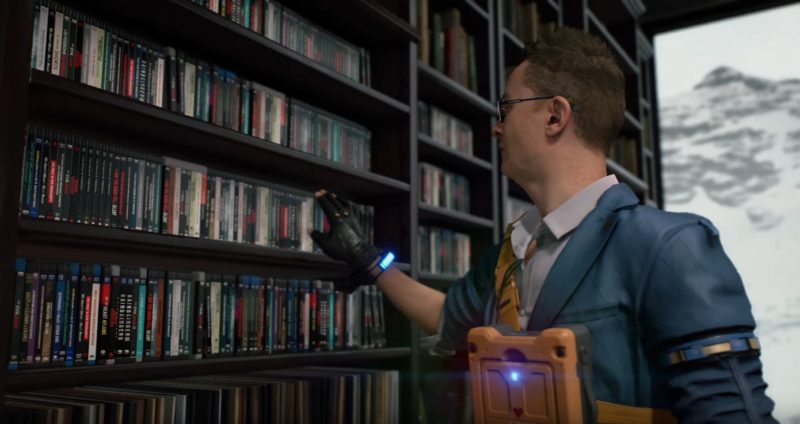 It sucks to be a Silent Hill fan right now, and for the foreseeable future. I’m going to go out on a limb and assume you probably know the whole story. PT good. Konami bad. Kojima fired. Silent Hill dead. Hit the lever. Anyway, despite all evidence to the contrary, there’s still a pretty active community of people who believe that all of it — from the cancelation of Silent Hills to the upcoming release of Death Stranding, has been (essentially) a publicity stunt. Kojima is famous for pulling fast ones on us of course, from hiding the entire game of Metal Gear Solid 2 to the insane lead up to revealing MGS5, he’s a well-known troll. He clearly enjoys the game of fucking with expectations and confusing the hell out of his audience. I can respect it a lot, honestly, and I really enjoy the spectacle of trying to piece it together — especially as we’re often way off base (although I called MGS5’s big twist from almost day 1, even if it wasn’t that hard of a call imo). That said, there’s a zero point zero percent chance that any of this Silent Hill conspiracy is true. Konami publically ruining its reputation, Oscar winner Guillermo Deltoro publically saying Fuck Konami, and the exposure of garbage working conditions within the company is uh… pretty much the last thing a major business would want. It’s the tinfoil hat, flat-earth conspiracy of video games.

That isn’t stopping Kojima from subtly messing around with those that believe tho.

So the main part of this theory is that Death Stranding is either actually Silent Hills, or like a Silent Hill/Metal Gear cross-over of some kind. If you’d like to dive into it, there’s a whole subreddit dedicated to the theory called r/neverbegameover. I do admit, some of their arguments are pretty convincing, and while I stand firm that none of it is true, I actually really enjoy the theories (for the most part, some of it is batshit goofy), so I don’t want anyone to think I’m just trying to mock or shit on them. I get it, man, I just don’t believe it. A big part of the conspiracy hinges on Kojima’s own trolling, which he’s been doing basically since the day PT released. From lots of references in and out of MGS5 to subtle similarities to the series in Metal Gear Survive (which Kojima was not involved with), there have been tons of little bullet points that fans have stitched together into a larger whole. Kojima hasn’t helped of course, as he’s been in a pretty constant teasing mode even after leaving Konami. Some of it has no basis at all, like fans connecting him talking about things that have to do with the number 3 (in reference to the unfinished chapter 3 of MGS5), were as other cases it’s… pretty obvious. For instance, our Editor in Cheif CJ noticed Kojima talking about two separate things, each containing the word “Silent” and the other “Hill”.

Most recently, however, that subtlety steps over into straight-up shouting, if you know where to look. While writing up a post on the new Death Stranding Heartman trailer, I took a moment to read the titles on each of the Blurays on his shelf. Heartman stops to pull out one film in particular, 20 Minutes of Love, but the others are all parodies of real films rather than being real themselves. One film in particular stands out tho. Can you see it? 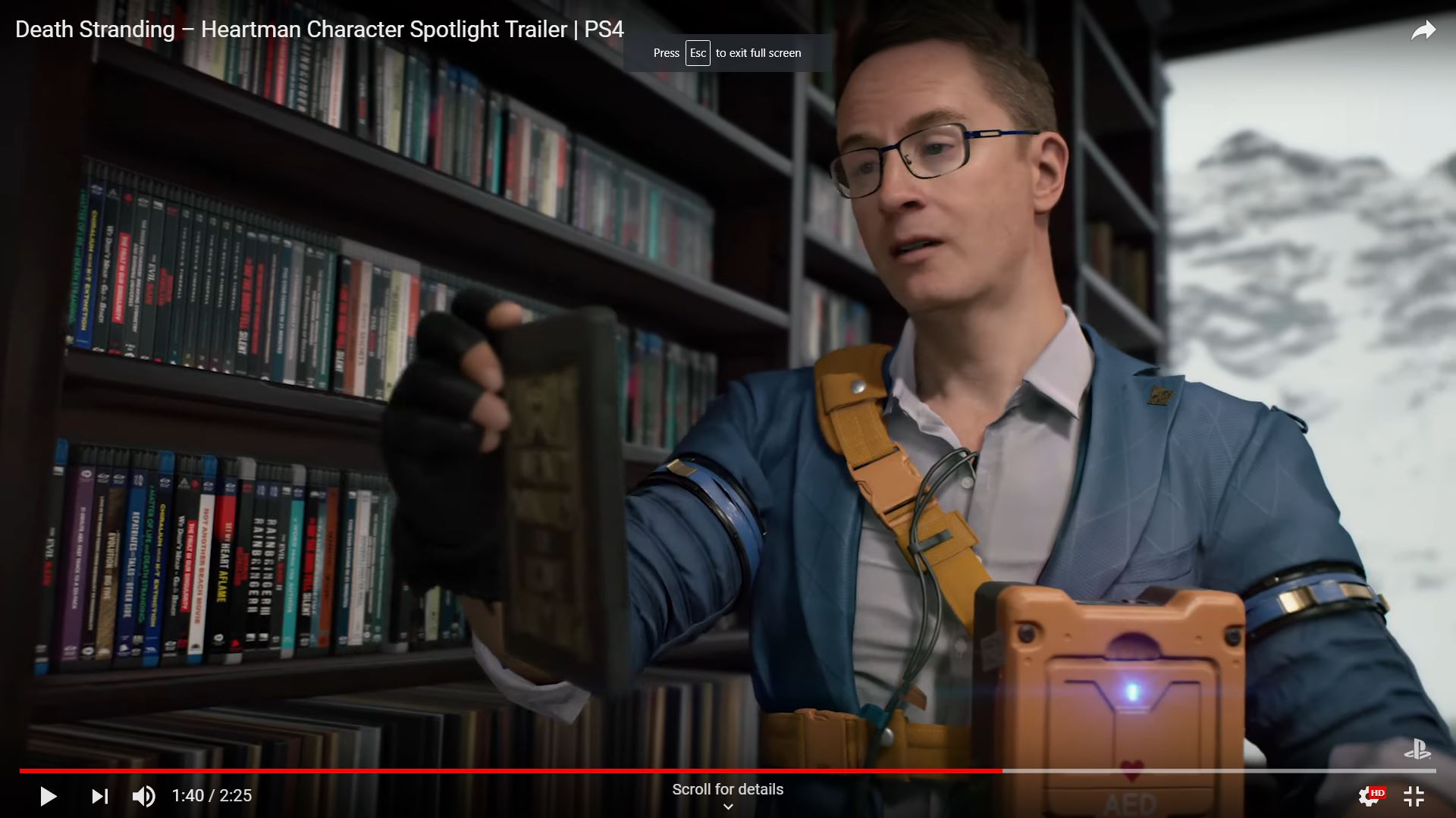 If you can’t let me focus in on it. 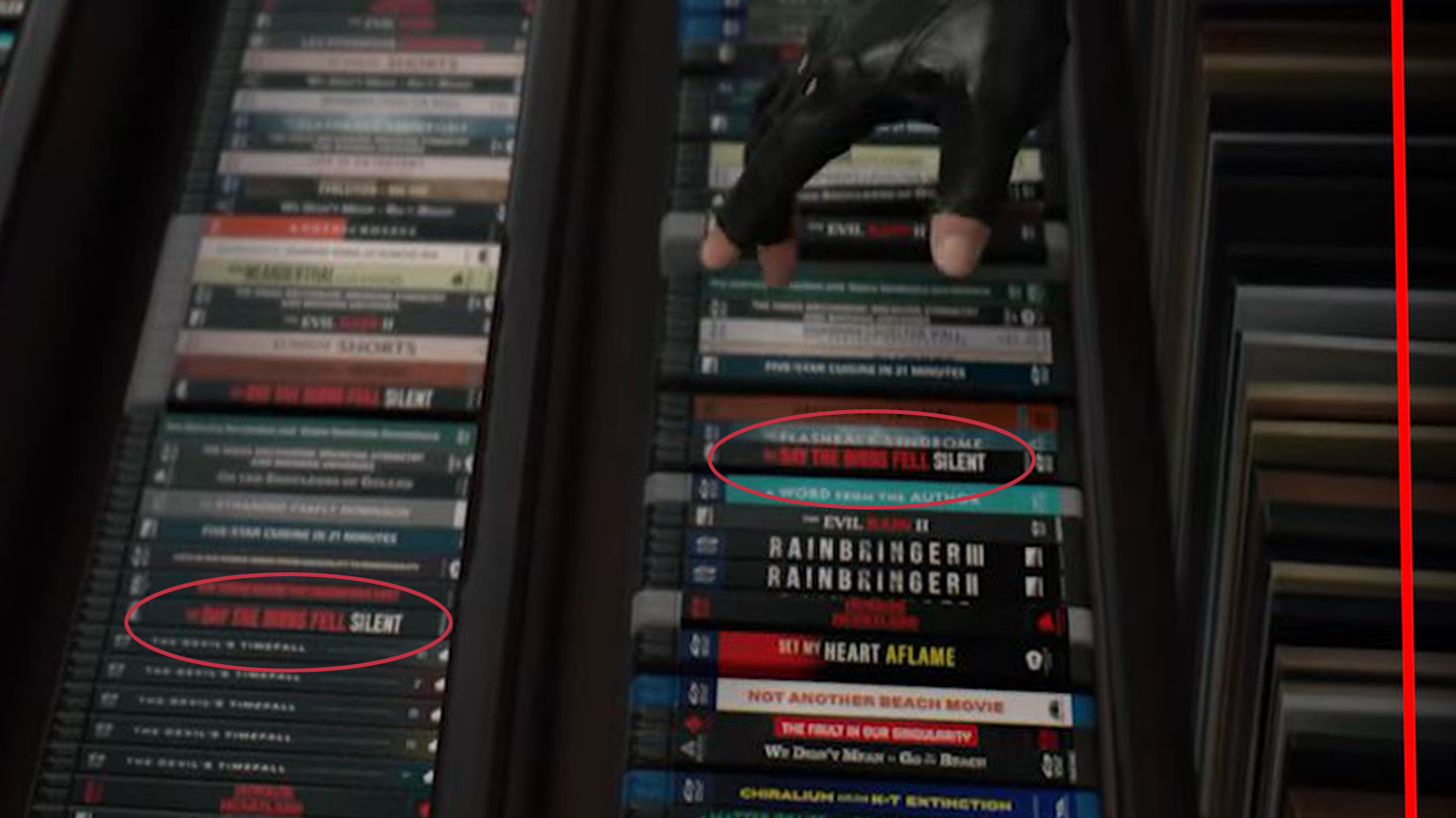 Update: Eagle-eyed commentators have suggested that the fake film is titled “When the Birds Fell Silent.” After closer examination, that appears more accurate. Regardless, the font choice for the word “Silent” will no doubt stand out to Silent Hill series fans. 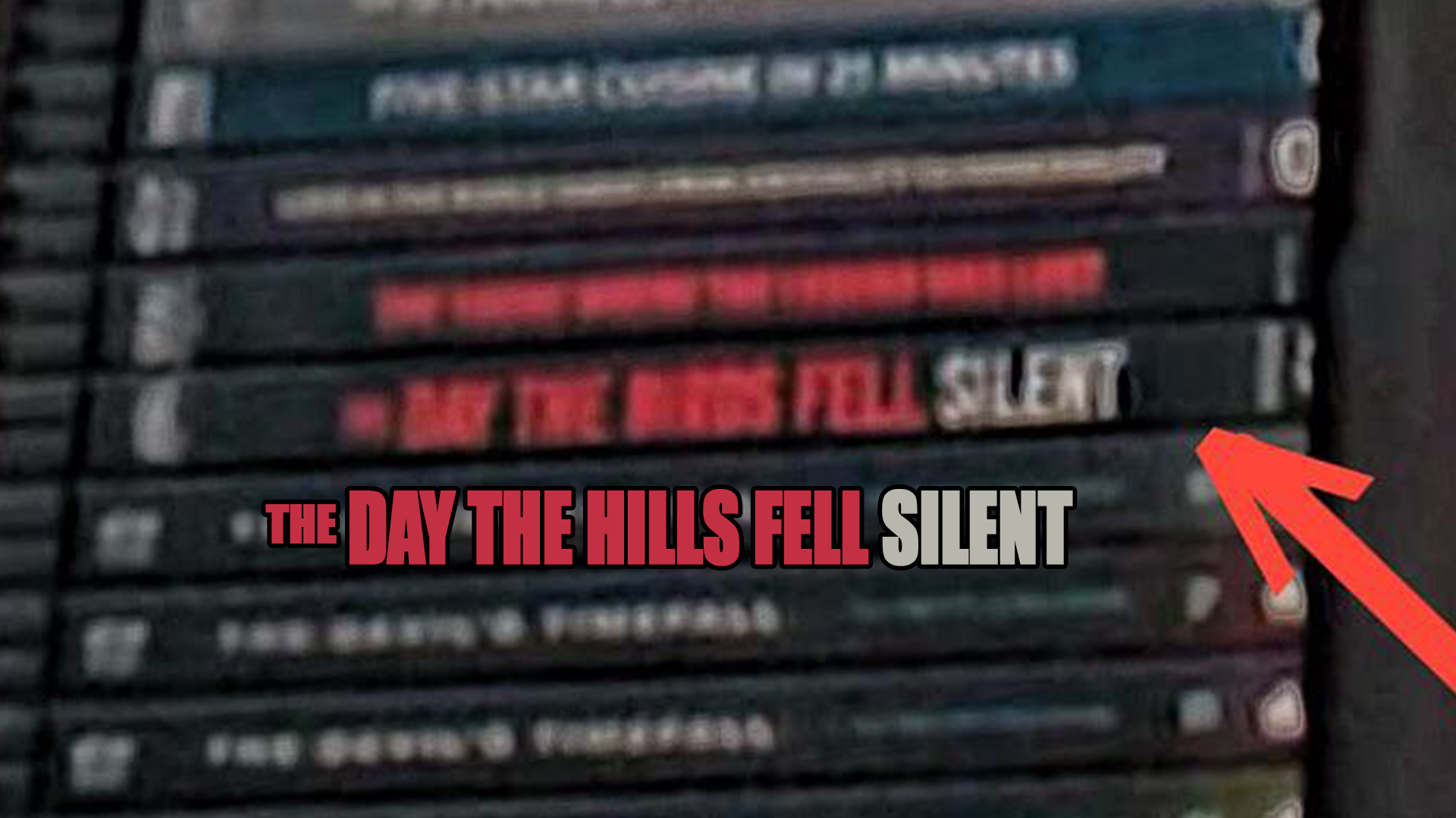 So yeah, that’s a thing. Kojima just can’t let up, can he? It’s depressing in a way, but I can’t help but chuckle at the same time. It only hurts when I laugh. I’ll be very curious to see just how much of this sort of thing there is in the final Death Stranding when it releases on November 3rd. I doubt all that much, but you never know. Regardless, Kojima is a professional, nuclear physicist level of troll here, and I relish it so damn much. Silent Hill, and especially Silent Hills, is dead, but these trolls help remind us that he did care about it at least. I imagine that a lot of the troll comes from a place of bitterness as well, which is understandable.