Introducing Scorn, an indie game too weird for the mainstream 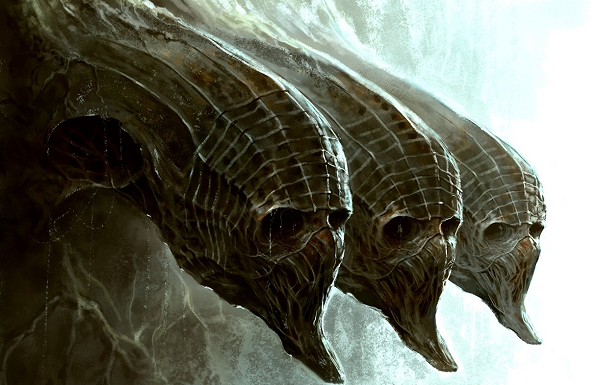 About a month ago, I received some images in my email that depicted a horror game that was deeply inspired by H. R. Giger, and looked to be an FPS of some kind. I might have not brought this up with anyone, except about a year ago I had received a similarly ‘vague’ styled email with attached art and thought it was bullshit, only to find out a few months later that the art I had received was in question concept art for The Evil Within.

I talked a bit to the crew about it, and our Managing Editor CJ took to the task of tackling this with myself. I added him to the email chain and we tried to get more answers, as we don’t like to run stories about rumors without any merit (and even then, state them as rumors), or stories we know very little information on. I did decide to ask NeoGAF, the popular internet forum, about the images to see if their detectives could help me uncover what this game actually is. And as they days strolled by, more art came in from our source. We received in-game pre-alpha screenshots and a teaser image alluding to the game being for PS4, with Morpheus VR support.

As we later discovered, we probably should of watermarked the images, but it all started from this collection of concept art. 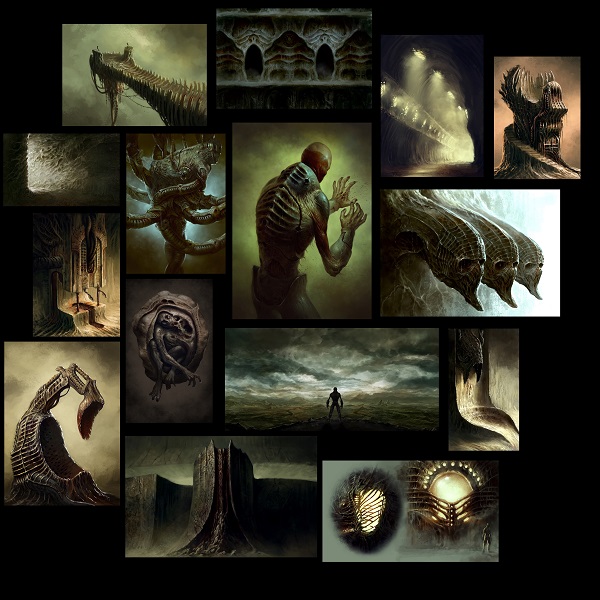 For a while, we couldn’t get a peep out of the person who was leaking images to us, outside of receiving new images (that we wouldn’t run a story on without any information). And for better or worse, not naming names, but a certain website took the images I had been posting on NeoGAF and ran with a story that claimed they were leaked art and screens of Sony Bend’s unannounced game. This is completely false and was fallacious information probably to get page hits, but other news sites picked up on the article as well.

But maybe it’s because of this we actually did get some information, as it was a little past this and the story blowing up that we got our answers.

The game had been leaked to me specifically (a question I was greatly asking myself through a lot of this) because apparently my shown enthusiasm for horror which I show on NeoGAF and YouTube. The person was also not the same person who leaked The Evil Within concept art to me a year ago. Instead, it was a developer of the game and was sent to us in a kind of pseudo-marketing move.

The game’s name is Scorn – it’s being made by a newly formed studio known as Ebb Software. They currently have 7 full-time studio members on-board, and created a demo pitch for studios with a total of 12 people directly involved, with the help of a number of freelance artists they have connections with. However, after pitching their demo and concept to several studios and investors, they were given the same response every time: the game’s too weird for mainstream appeal; it’s single-player focused and lacks hooks for the best way to monetize the project.

To directly quote the email exchange:

“I’m sorry for (the trickery) but we wanted to get some unfiltered impressions of our game without the “another indie game” stigma. We needed to show potential investors that even if it is a niche genre it’s not that small and that there are people interested in this kind of game and more importantly this kind of design. We haven’t had much luck with publishers and we hit the same barrier with investors that are not part of the gaming industry. They always consulted marketing experts and the so called experts always gave them the same answers: game is too weird, its single player, nowadays every game has to be online and free to play cause that’s the best way to monetize the players etc. We were not planning to go public with this for at least a year but decide to do it this in hope it will create some buzz so we can show the investors that there is market for it.“ 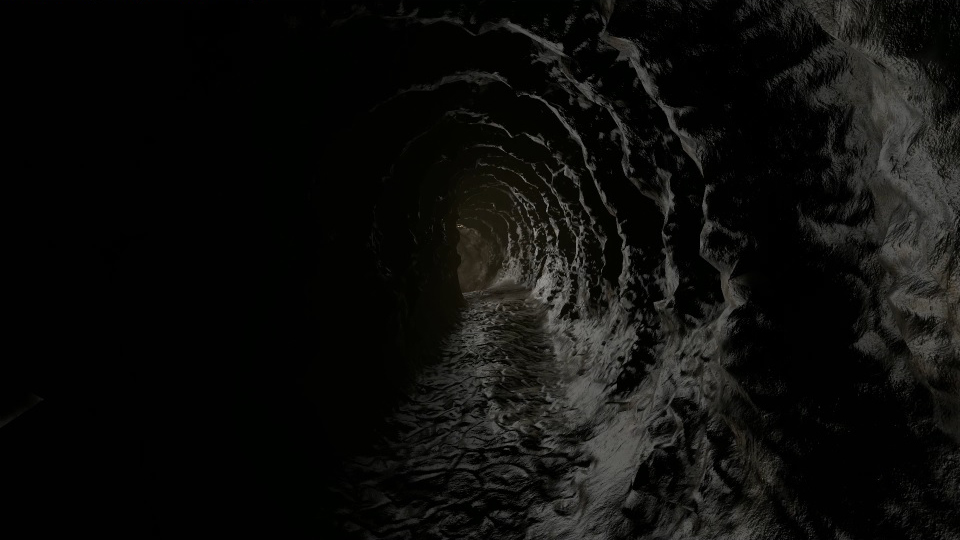 The demo they had was created in a little under a year, made as a proof of concept developed in the Unity 4 engine, though they plan to move the project onto Unity 5. The goal of the project is to make a very different take on an atmospheric first-person horror action-adventure game, with unique mechanics in both gunplay and environment design in order to make a coherent world that’s an immersive experience.

“And yes it’s inspired by artwork of Beksinski, Giger and others but we tried to make it our own style. experience.“

They didn’t go with crowdfunding as they believe a good Kickstarter needs to have people behind it who have made a great game, and a great marketing campaign, neither of which are easy to do. Kickstarter hype has cooled down, and the amount they need is maybe more than they should expect based on other Kickstarter results. However, they may result to it as a last resort if nothing else goes through.

The main platform they’re developing for is PC, but PS4 is a potential option for them. 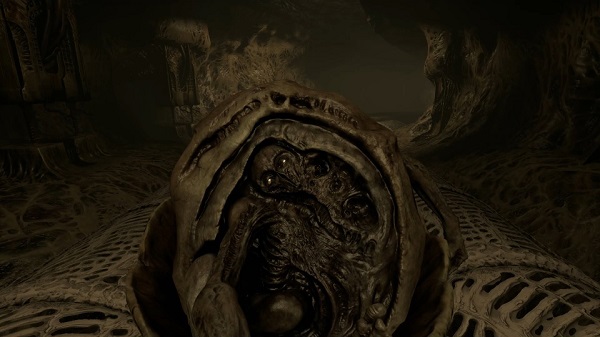 For giving us the initial runaround, Ebb has agreed to hold an interview with us so that we can get some further details on the game. Personally, I hold no hard feelings over this deceit. The game industry is a tough cookie to enter sometimes, even with experience and a promising concept and tech demo. Marketers play a strong a role in trying to determine what we gamers want, and often squash things that go against current ‘trends’. As a horror enthusiast, I’m more interested to see this game get its time of day than be dropped.

We’ll bring you more on Scorn as it develops, as well as an interview in the near future. You can check out all of the concept art and pre-alpha screenshots of the game in the gallery below.