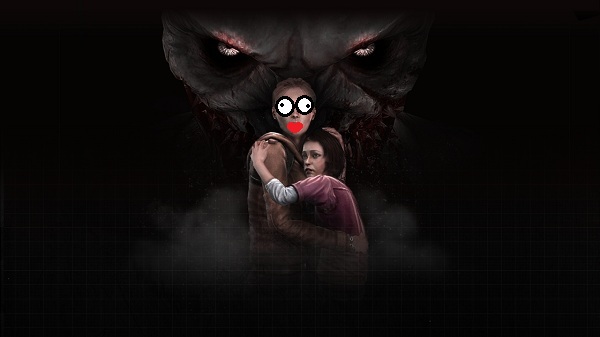 During one of my many stints of boredom, I decided to boot up AMY and give Chapter 5 a whirl. To my amazement–and help from a guide–I beat the chapter and was able to reach the very last part of the game. Trust me, its one of the most infuriating videogame experience that I have ever had.

I’m sure many of you won’t bother reaching Chapter 6, so here it is: Lana arrives at the hospital with Amy, in search of their mutual lady friend. The chapter abruptly tosses you into a new environment–which actually pleased my aesthetic and color design preferences–and puts a super-zombie against you in pursuit. All you can do as Lana is run with Amy in hand.

The level is brand new, yet you’re expected to complete a complicated task with no direction, and run the whole time. If it weren’t for the horrid hand-holding mechanic, this would be less frustrating. After a few minutes and several deaths, I found a guide online that revealed there was a small crawl space that you’re supposed to tell Amy to go through.

So, the developers toss you into a new level with a monster that can chase you, but expects you to slow down and look for a small hole in the wall to push Amy into. It was not easy to spot.

With Amy in the hidden room, you’re expected to grab the defibrillators around the hospital and lay them down as electric traps for the super-zombie. After every use, the electrical power goes out and Amy must be told to restart it by hitting a switch in the hidden room. I thought “That’s alright, it’s sorta like Nemesis and stuff, but badly explained and built.” The developers were at least kind enough to remove Amy from this enemy encounter. Due to having to use three buttons at the same time just to run with Amy, that would have made this chapter even worse.

After a few zaps to the super-zombie, Lana and Amy reunite with their friend. A few words are exchanged, and they leave the hospital on a chopper. Then you see a priest on a roof. I don’t even recall if he was mentioned previously in the game because the story–or lack thereof– was extremely weak, but as he sees the group leave the infected city, he mutters something about divine intervention, and then the game is over. That’s it. Lana’s infection, Amy’s powers, the cause of the outbreak, or even a simple extended character exchange about the hardships that had to be endured to reach the hospital was not given. The game ends painfully, abruptly.

It’s almost funny to see such a vague attempt at elusive storytelling in such a disappointing game. AMY’s story is not good. Having a cliffhanger ending with a “oh, what’s going to happen next?” scenario does not equate to good writing. It doesn’t. Either way, I finished this game. It wasn’t hard. It was bad and is still bad. My challenge still stands, though. At least make this thing playable, VectorCell. Please?