Having a Gay Old Time in Remothered: Broken Porcelain - Rely on Horror

Having a Gay Old Time in Remothered: Broken Porcelain 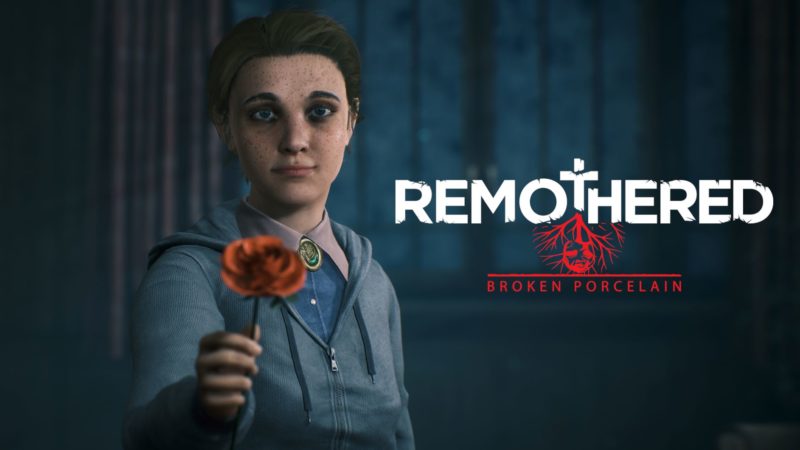 Calling all alpha-male gamers, it’s the moment you’ve been waiting for: there are two gay women in a romantic entanglement in a horror game. Queue the nasty comments about social justice warriors and women ruining the games. Before you get too deep into whistling for dogs in the back yard, though, you might note that Remothered: Broken Porcelain is a game made by an almost entirely male, Italian independent development team. They aren’t part of American political culture; global discourse does not revolve around the United States. These characters just happen to be gay, and that is the very best kind of representation.

You see, queer people don’t like pandering any more than you do. When characters are forced into situations and personality traits that don’t fit just to tick a box, that isn’t great representation. It usually leads to really problematic issues with character actions and development. Those things tend not to happen as much when a character follows a natural arc and just so happens to be gay or disabled or whatever other thing comes along. When you see a character who happens to tick all of the boxes at once, go ahead and assume we are groaning right along with you. This instance feels like a good fit. For one, young women showing homosexual tendencies would have been seen to have personality and behavior deficits and sent away at the time of Remothered: Broken Porcelain‘s setting. That would have been reason enough to ship young women far out of the urban landscape, and could very well lead to inadvertently sending two young gay women to the same place to get them out of the public eye. This would, of course, have the opposite of the intended effect, but that’s someone else’s problem. It also feels much more coherent in the given storyline than having the young women sent away for poor behavior, working in a hotel under threatening circumstances, suddenly finding the time and emotional energy to have a crush on a local boy from the village. Something like that would be silly in this setting, while two people of the same age going through a threatening situation together would likely develop a deeper relationship as a result, even lacking other common traits and interests. Trauma bonding is a powerful thing.

At any rate, I am glad to see more representation for LGBT women that doesn’t feel forced. I am also ecstatic to see that there will be breaks from the serious, dark nature of the Remothered storylines. They are great, but it will be nice to have a moment to breathe and build up the characters a bit. Hopefully, our paramour isn’t tossed from a rooftop or tortured in a basement shortly thereafter, but it will be a fun beginning nonetheless. Note that if you go looking around on Twitter right now, there are some fan theories that I strongly believe could be true enough to ruin some of the fun you would have later. I suggest turning off notifications for this one, as the theories will only get more common as we approach release.

Remothered: Broken Porcelain will release on PS4, Xbox One, Nintendo Switch, and PC on October 20, 2020.