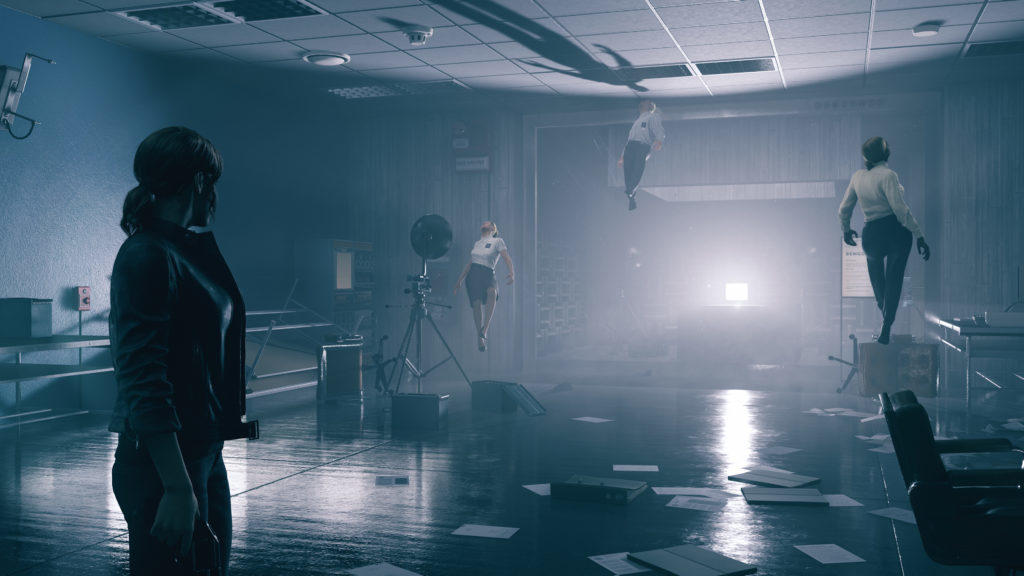 EGX 2018 continues to delight with Remedy Entertainment’s latest sci-fi horror game entitled Control. Step into the shoes of Jesse Faden as she explores her telekinetic powers, the Federal Bureau of Control, and a malevolent entity known as The Hiss. The initial game footage was shown during E3, but the game developers have added some additional bell and whistles to really wow us as to what they’ve been working on in the past few months. The extended gameplay herein shows an advanced mini-boss battle with a fellow co-worker tasked as Security Chief.

The F.B.I.C. is a towering skyscraper centrally located in New York City with the purpose of watching the world and securing supernatural phenomena. The presence known as The Hiss has infiltrated the premises of the building and placed all of your employees in a state of suspended animation. Those not floating above your head like the creepiest piñatas have been transformed into mindless murderous monsters imbued with spectacular abilities and near-imperviousness. Besides the stunning environments and wonderful use of colors,  I have to say the visual of people suspended in the air floating about as if an invisible spider’s web is also an IT 2017 visual that won’t leave my mind anytime soon. Tasty, tasty beautiful fear. 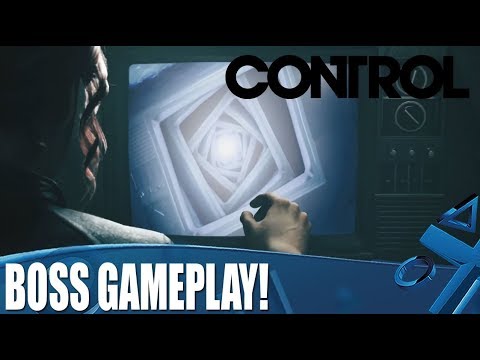 Speaking of tasty fear, the gameplay shown thus far has this in spades with ominous shadows that either give directives or impede progress. They are very reminiscent of The Administrator from The Evil Within DLC The Assignment, especially because of their penchant for government secrets intertwined with scientific research. It appears that the protagonist Jesse Faden works for a morally grey institution and her telekinetic powers serve the Bureau well for she is one of their last lines of defense. Along with her particular power-set, she uses a gun that transforms for various types of firepower and spread radii. The weapon appears to utilize a perpetual power system that recharges after being fired so there’s no running around searching for ammo boxes. While releasing rounds of ammunition, she can use objects within reach for defensive and offensive purposes. The Hiss corrupts everything that comes in contact with it, thus Jesse uses her internal powers to cleanse areas from its influence.

The game shows world within-a-world locations that are truly Alice in Wonderland inspired such as the light switch that with four clicks blinks you to a different location, but the piece de resistance is the subtle but effective moments such as the refrigerator watchman. This man is affixed to his chair watching a refrigerator because something incomprehensibly evil resides within. If you were able to watch the recent Twin Peaks tv series, you’ll immediately get chills from the Glass Box reference. There’s simply a never-ending series of mysteries that lie within this building that should amount to hours upon hours of gameplay value.

The developers even note that the game is non-linear with no hand-holding, with a limited user interface and minimal waypoints. It would be nice if more games took this approach so that players can craft their own experience and venture towards a new path each time they replay. Truly, the latest gameplay footage looks incredibly polished and wonderfully intriguing and has a certain spark to it that I hope keeps its intensity upon the official playthrough date. With a tentative release schedule of 2019, Remedy Entertainment certainly has plenty of time to keep the wow train chugging. Control will be available for PC, PlayStation 4, and XBox One.