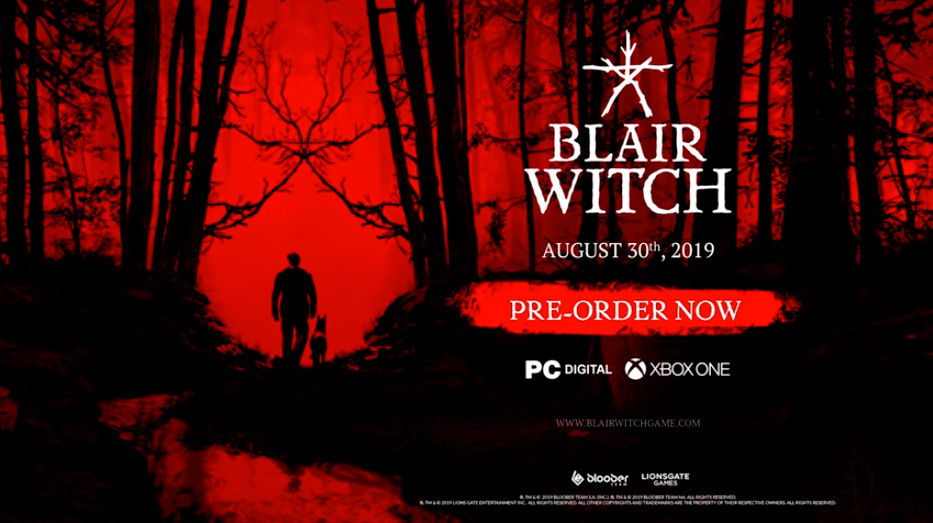 Of all the things I was expecting and hyped about, an all-new Blair Witch game was not one of them. I love the original movie (and yes, Book of Shadows as well) and I actually enjoyed the trilogy of games from the 90s as well. They were janky Resident Evil clones, but spooky and fun, which is all I really needed. A new Blair Witch game, not just after the advent of so many games clearly inspired by the original film (Outlast, Resident Evil 7, Slender), but made by Bloober Team (the people behind the flawed but fun Layers of Fear and tremendous Observer)? I’m shook, friends. Even more so after Geoff Keighley got to sit down with the developers and even show off a brief gameplay preview.

It’s simply brilliant, in my opinion, that they’re going all in on the idea of “found footage”. In Outlast and Slender we are currently recording the footage, and in RE7 the found footage is little more than a tutorial for future events outside of the opening Sewer Gators tape. Blair Witch using finding the footage on the little miniDV tapes (yep, they really did exist then, although they were top of the line at the time) to actually manipulate the world is damn cool. The black and white, fuzzy video feed aesthetic on the camcorder footage is also really tremendous, immediately evoking those chilling final moments of the original Blair Witch Project.

I’m also in love with how they’ve captured the late fall look of the Black Hills Forest, the orange and brown of the bramble and decay. It immediately reminds me of the film, which is a very good thing. When you can’t really use characters, and the movie’s most iconic moments being either dead silence or people crying, getting the vibe and look of the world is perhaps the most important thing. Of course, that’s just during the daytime. The nighttime segments we’re shown are creepier than hell looking, and I love the focus on trees and the general rot of dead forestation they’re going with. You can just barely hear it under their voices, but I also really like the ambient music. Bloober team has also confirmed puzzles, some sort of way to defend yourself (I’m picturing perhaps something along the lines of Resident Evil‘s defense items), which is actually a first for Bloober Team.

Blair Witch comes out crazy soon, August 30th. I wasn’t really expecting that, but by gum, I’ll take it! We’ll keep you updated as more info becomes available, but I honestly really hope they stay as mum about this as possible. Blair Witch as a property thrives on piecing it together yourself (just look at what a huge thing speculating on the true monster in the original film is now), and I’d rather sneaky and subtle marketing over just more and more footage until we know half the game’s scares.