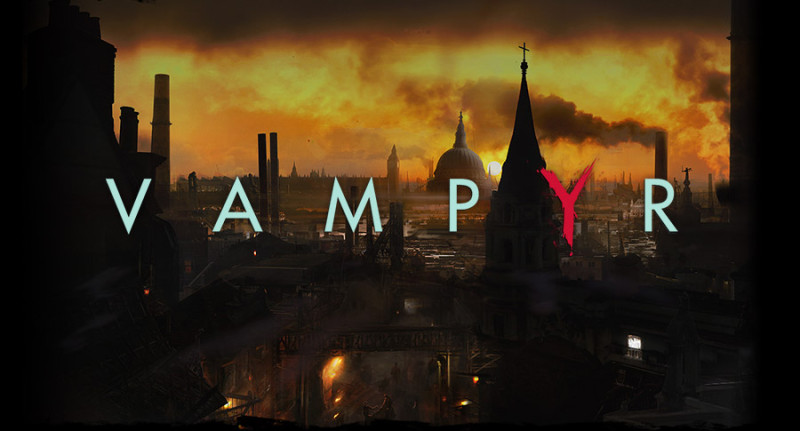 French developer Dontnod, known for graphic adventure Life is Strange, have released new plot details and still shots from their current project, Vampyr. Set in London during the 1918 Spanish Flu pandemic, Vampyr gives players the role of Doctor Jonathan Reid, tasked with helping the city survive and recover. What the people of the city do not know is that this doctor has recently become a vampire, and must feed on humans. Distracted by the disease and war around them, they do not see that there is an outbreak of vampirism hiding among their ranks.

Players are given free reign to feed on anyone in the city, with a warning that their choices have a ripple effect on the world around them. Dontnod gave the scenario of choosing to feed on a renowned doctor from London’s hospital, and the people becoming more sick as a result. We know from our last look at Vampyr that players will only be able to access areas of the city that are related to their current chapter in the game, and that new areas will unlock as the story progresses. This makes the choice-based narrative more interesting, since there may not be a way to tell how important a seemingly random bypasser is in the moment you need to feed. The ramifications could be chapters away, giving the player no warning to alter their course. 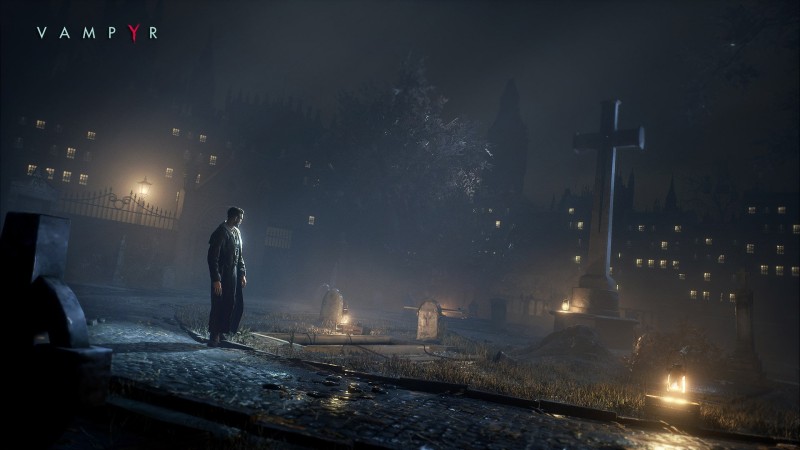 The concept trailer for Vampyr, released last June, shows an angry doctor who has lost faith in his fellow man. He sees around him death, decay, greed, and inhumanity. After he becomes a vampire, he posits that perhaps bringing death to those driving the downfall is the best way to save the city. We don’t yet have details as to the antagonist or main plot of the game, but the trailer suggests that there are positive effects to be seen from some deaths. While killing a doctor can make those around you ill, perhaps killing a magistrate or deacon who abuse their power could help those under their control. If one of them has information or weapons you can use, that would be a worthwhile kill indeed.

Dontnod explain that Doctor Reid is torn between his oath to do no harm and his instinct to kill and feed on those same people he had promised to heal. The doctor must unravel the secrets of the dark forces driving the vampires and his urge to feed before his humanity is completely lost. Armed with surgical tools and his own teeth, the doctor must fight against other vampires and the underbelly of the city. While doing this, he must also nurture relationships and carefully choose his food in order to move forward. In a city so thoroughly ravaged, maintaining this balance will be no small task. The tradeoff is a great cover for killing, provided by the smog-filled backdrop of a people divided. 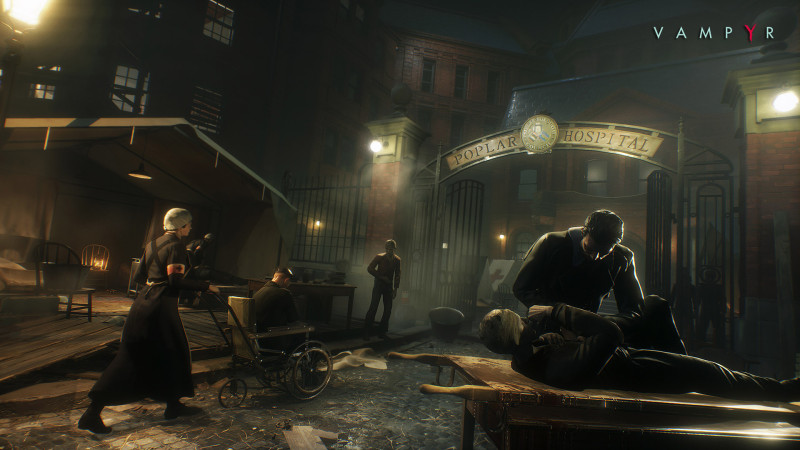 There is certainly enough cover for recurrent murder within the setting chosen for this story. The Spanish Flu pandemic of 1918 killed around 5% of the world’s population in just over a year. The deaths were worse in cities, where the virus could move freely among the masses, carried in by the WWI soldiers who helped it quickly travel the globe. Spanish Flu killed healthy adults via their own immune systems, giving cover for the deaths of people who usually survive viral outbreaks. The ongoing war efforts provide even more cover, as well as a constant flow of new, able-bodied young men who would be assumed killed in war. The German bombings on London that went on until the end of the war in November of 1918 might provide more than cover; an already dying victim of a blast would make a convenient meal.

If one had to choose a time and place, being a vampire in London in 1918 might be the best camouflage to choose. That choice is made for you by the developers, but they leave you with a bevy of choices to make during gameplay. Who will you kill, how will you avoid discovery, and how will your decisions affect the world around you? As development continues, I am sure we will learn more about the plot and get a better idea of who Dr. Reid really is. Until then, the stills are gorgeous, and the concept is unique. That’s enough to keep interest on the game throughout the long process of bringing it to market… unless someone eats the marketers. 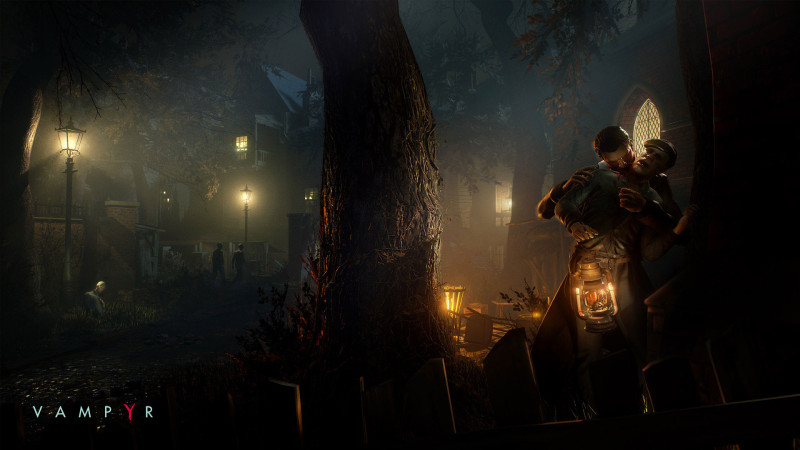