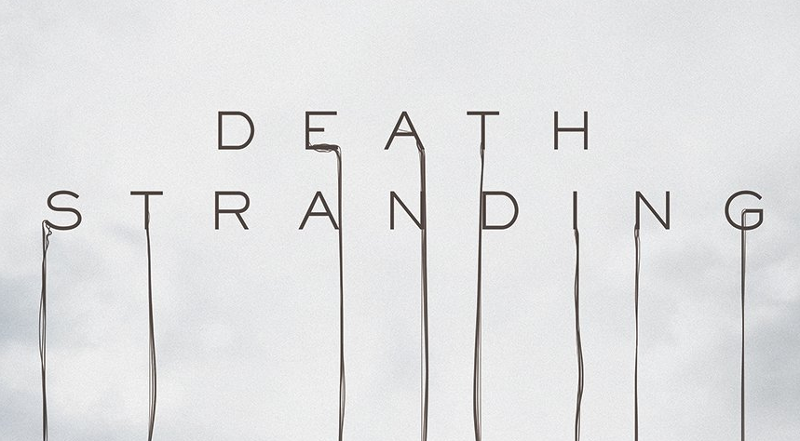 Death Stranding will have asynchronous online multiplayer, which was explained as a world wherein players share some gameplay elements but never cross paths. The specific examples given are sharing safehouse locations and supplies across the ether. Kojima himself does the best job of explaining what this means in a statement released just before the release date announcement trailers:

People have built “Walls” and become accustomed to living in isolation. “DEATH STRANDING” is a completely new type of action game, where the player’s goal is to reconnect isolated cities and a fragmented society. All elements, including the story and gameplay, are bound together by the theme of “Strand”, or connection. As Sam Porter Bridges, you will attempt to “Bridge” these divisions, and in doing so, create new bonds or “Strands” with other players around the globe. Through your experience playing the game, I hope you’ll come to understand the true importance of forging connections with others. Now please enjoy the latest Death Stranding trailer. 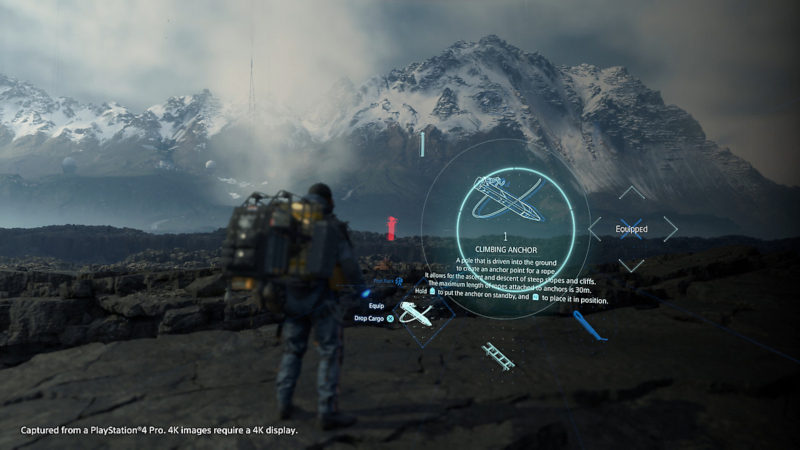 This is throwing many people for a loop, but I am excited to see how this changes the face of multiplayer games. Having been an avid participant in Asemblance and Asemblance: Oversight, I love the idea of players having to rely on one another and work together despite never playing within the same instance. Leaving messages and bags for other players in a bid to help them without expecting them to be able to return the favor also plays into my ongoing love of Fallout 76, a limited-multiplayer game with few modes of communication. The player community there has a few bad eggs, but mostly consists of people leaving gifts for lower level players as they go about their own game, knowing that those younger characters will not be able to repay the kindness, especially since the gifts are often anonymous. The drive to help others, even in an anonymous setting and without compensation, shines through. It gives me hope that games that encourage players to find ways to help each other without attributing a face or name to their counterparts may help rebuild (or build bridges between) the parts of humanity the internet has eroded. That’s a ton of pressure for a videogame, but we learn best when we let our guard down, and specifically when we find ourselves at play. 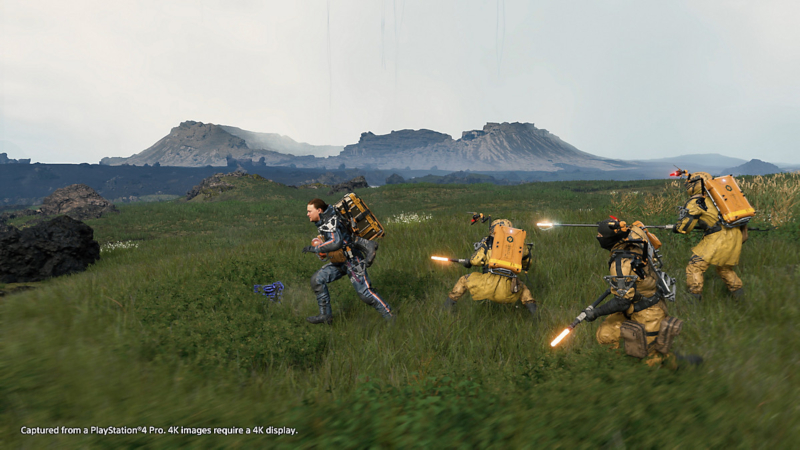 Sony blog entries also shed a little light on the story of Death Stranding. Main character Sam Bridges is a courier working to reconnect the surviving communities of humans following a supernatural event known as the ‘Death Stranding.’ If the trailers are any indication, Sam mostly couriers live bodies across a world filled with invisible, aggressive beings. Using a series of interesting tools, he can reveal the beings, many of which appear as wrapped human corpses attached at an invisible point in the sky by a kind of umbilical cord. It’s Kojima-weird. Those enemies, though, are incredibly important. Kojima has stated that player deaths are atypical, and instead of resetting at a checkpoint, they’ll enter an altered version of the world that they must fight back from to continue the story. There are even more enemies in that world, but players are urged to restrain themselves from combat, using stealth as much as possible in their return. We are warned that every death of these enemies has real-world consequences. I wonder if these corpse-like beings are not actually cocoons for human souls, or people being used by the supernatural for power. Considering the strange tool Sam uses to illuminate their forms, and the fact that it strongly appears to be plugged into a baby in a life-support pouch, I wouldn’t be surprised if humans were batteries in this game. Sony describes the story thus:

In the near future, mysterious explosions have rocked the planet, setting off a series of supernatural events known as the Death Stranding. With spectral creatures plaguing the landscape, and the planet on the verge of a mass extinction, it’s up to Sam Bridges to journey across the wasteland and save humanity from impending annihilation.

Lastly, the name of this event- the ‘Death Stranding’- is tied to the work players do as couriers. This work is referred to as creating strands, which reconnect human civilization. Even the nascent romantic story in the trailer is tied to this, with Sam setting out to finish work started by someone he loves. This work, of course, is to complete the strands that tie humanity together. Whatever is going on, Death Stranding as both an event and a video game feels more like a metaphor for the interpersonal problems of globalization and the internet age with every explanation. 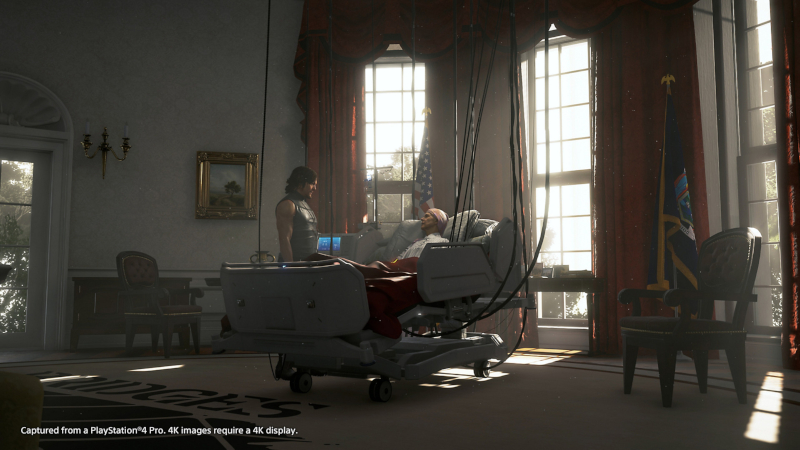 We won’t know for sure until the credits roll after our first playthrough, but whatever Kojima is trying to teach us, I am here for it. The fact that the lesson plan is basically an upgraded and spookier take on Kojima’s prior work on the Metal Gear Solid series is just the icing on the cake and completely makes up for the cancellation of Silent Hills. Konami may have let their people get weird and spoopy, but this is a level of reinvention that needed to happen, and it needed a fresh start without the limitations of an existing series.

The sheer scope of the game would have demanded a clean slate if nothing else. The mountains in the background are climbable. There are multiple climates shown in the release date announcement trailers, though one of those is almost certainly the ‘upside down’ world of player death. This thing is going to be huge.

In the new DEATH STRANDING trailer, there’s a scene Sam sets up the rope. The snow mountain is not the set, the path exists and you can actually go climb up the mountain. The snow mountain appears in the beginning of the trailer is exactly what it is.#DEATHSTRANDING #デススト pic.twitter.com/IhODkpG66R

Death Stranding will release on PS4 on November 8, 2019. There are some rumblings about a possible PC release after a period of exclusivity. These remain unproven, though it is notable that Sony declines to answer this question at all instead of simply saying no. Given the recent release of Detroit: Become Human, Heavy Rain, and Beyond: Two Souls on the EPIC Game Store, it is reasonable to assume that it might eventually port. With any luck, the relationship with EPIC is a Quantic Dream thing, and Kojima Productions or Sony would choose to release on more storefronts or launch direct digital downloads of PC ports from their own website.