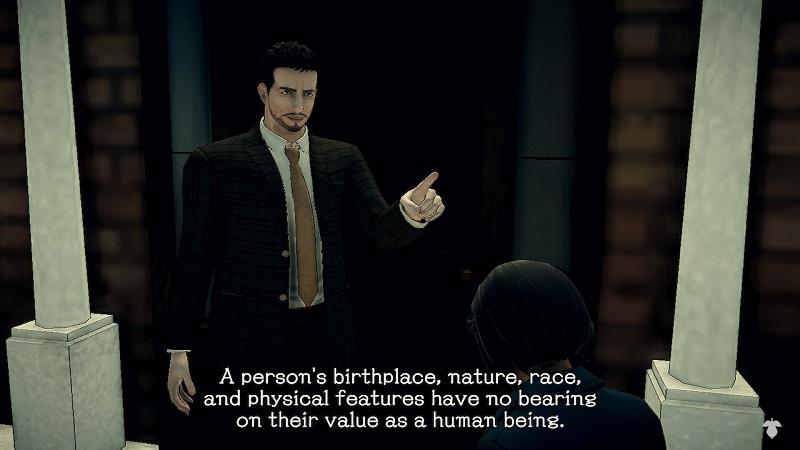 Deadly Premonition 2 released last Friday, and for better or worse, it’s a lot more of the same as the first game. For fans, that’s a blessing (in disguise [at least it will be once they fix the abysmal framerate which is NOT CHARMING and was never an issue in the original game!]). But for others, it’s not a blessing but another disappointing reminder that transgender representation in games still has a long way to go. But fret not, the story doesn’t stop there. And hey, don’t stop reading just because you think people are overreacting. Please keep reading.

Time is a flat circle, as they say, so, like with the first game, Deadly Premonition 2 has received criticism for some transphobic language and actions that occur during the game. This time, though, in a surprising act of humility, Deadly Premonition creator Hidetaka “Swery “Suehiro has promised to make things right for what he claims wasn’t intentional.

“I might have hurt transgender people in my scenario,” Swery wrote in a letter posted on his social media pages. “It wasn’t intentional. I am really sorry for that. Some scenes will be sanity checked by a team that included [sic] diversity. And I will rewrite that scene ASAP.”

Good morning everyone.
I need to tell you about my apologies about DP2.
So I wrote message by myself with Google-sensei.
Please forgive my poor english skills.

Without saying too much about specific characters or events, the elements of the game that are being criticized for being transphobic are instances in which a transgender character is deadnamed (the act of using a trans person’s birth name which they have chosen to change) and misgendered. These things come after protagonist Francis York Morgan verbalizes his support for trans people and even criticizes another lead character for their bigotry. So, by making these missteps after York announces his allyship, the writing fumbles despite positive intentions. This is by no means a creator being “censored” but instead taking action after being made aware that their original intent was undermined by their oversights. In addition to taking full blame for the mistakes, Swery also announced that he’s going to rewrite the offending scene in the game. There’s no word when this will be implemented.

Now, for those reading this news and felt a knee jerk reaction to criticize the “SJWs”, consider these thoughts from a Twitter thread that I posted earlier today:

So let’s frame it differently for people who struggle to comprehend transphobia.

If Protag who is not a racist interacts with a character that is subjected to racism by others by using the same slurs and dehumanizing language, does Protag not come across as racist?

We previously spoke to Swery about his handling of transgender characters in his games following the release of The MISSING Of J.J. Macfield And The Island Of Memories. While we weren’t 100% satisfied with his answers, it’s good to see that he’s currently making efforts to learn and listen to his offended fans. Here’s hoping in due time that Deadly Premonition 2 will be a wacky, weird, and charming game that more people can enjoy.