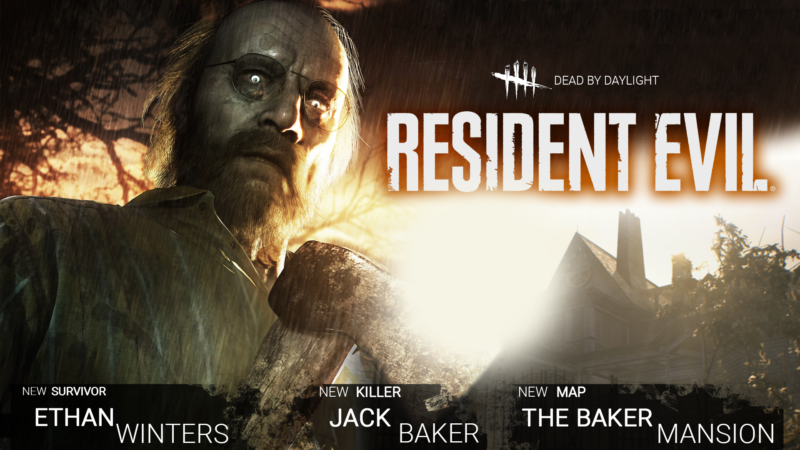 I’d been hoping against hope that Dead by Daylight would start getting some videogame licensed killers, rather than those just from movies and TV shows. Over the course of Dead by Daylight‘s three years dominating the 4v1 horror multiplayer genre, we’ve seen a number of big-screen killers and heroes make guest appearances as DLC; Scream, Nightmare on Elm Street, Halloween, the list goes on. I’d been curious to know if we’d ever get to see guest characters from “the competition” as it were, a Pyramid Head chapter, or even Nemesis (given the imminent release of Resident Evil 3 Remake). Looks like we’re finally getting our first official horror game crossover with Dead by Daylight: The Family Chapter.

Based on Resident Evil 7: Biohazard, the latest DLC for Dead by Daylight sees us stepping into the boots of that title’s famous master of slaughter, Jack Baker as this chapter’s killer. Included as well is new survivor Ethan Winters and a new map based on the Baker mansion! Along with Jack and Ethan are three new killer perks and two new survivor perks:

These are some pretty game-changing perks, especially Welcome to the family. I’m not wholly against them, though. I do love the naming though. As always, Dead by Daylight finds fun ways of integrating quotes or other nods from the films into their DLC. In terms of gameplay, Ethan wasn’t featured in either of the screenshots packaged in the press release, but they may just be focusing on Jack for now. It looks as though his weapon will be that freaky amalgamation of gardening tools and whatnot he uses during the first quarter of RE7. Check it out: 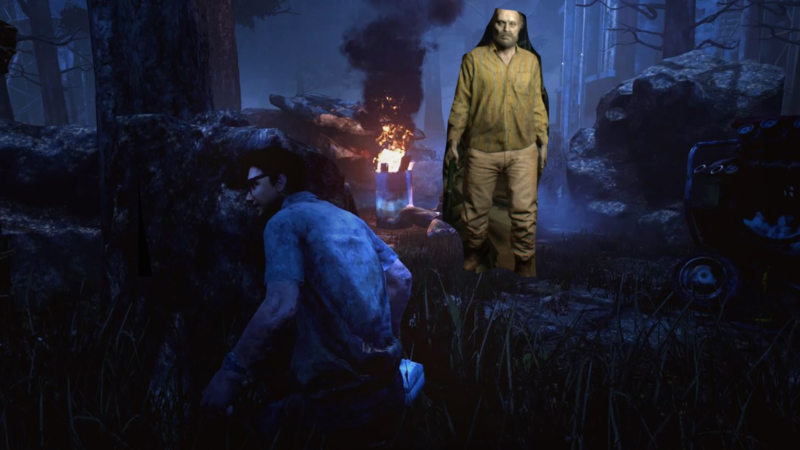 The model looks remarkably close to Capcom’s own RE Engine render, it’s possible they may have even loaned the character models to Behaviour Interactive, although I find that doubtful. I really do hope he talks a lot in gameplay, especially since they got his original voice actor back. One of Jack’s defining characteristics is the fact that he just doesn’t shut up, and his dialogue is often as funny as it is menacing. That said, we’ve already seen Dead by Daylight sidestep talkative characters, like Freddy Kreuger (even though it was the remake Freddy, he still chats up a storm in that film). Ash from The Evil Dead talks a bunch, but only on menus (where he feels kinda wasted), so I’m keeping my fingers crossed for Jack. 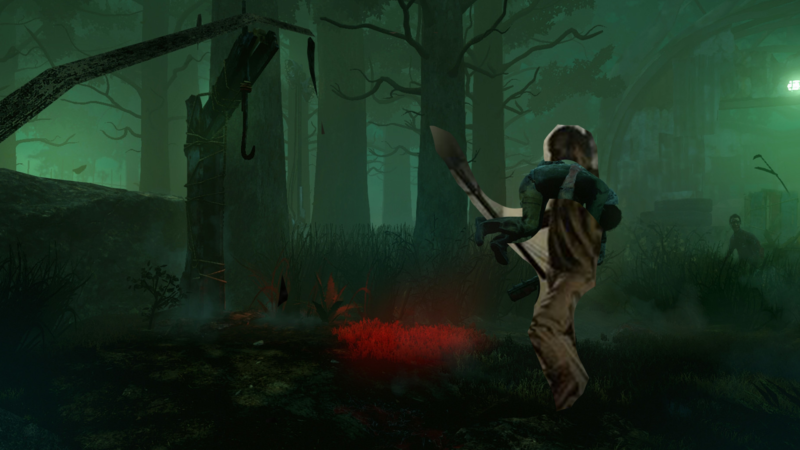 Here we can see Jack carrying a survivor to the hook, and I’m really blown away by how great he looks in-game. The mold-infested maniac really fits the world and tone of Dead by Daylight, and I can’t wait to see more. Capcom has yet to talk about the DLC other than sharing a link on their twitter, but I assume they are hoping not to take the spotlight away from REmake 3.

There’s no release date for The Family Chapter as of yet, but Behaviour Interactive assures us in their press release that we’ll “get to play it as soon as you kids stop saying we’re a game only for reaction streamers, we’re really a lot better than that. If you don’t like us, then how come we’re the only one of these damn games anyone plays? Y’all thought Friday the 13th was so neat and then none of you went and played it, no you came to us and you thanked us for it. Stop being so mean. We deserve your respect, god damn it.”

Update: April Fools’! None of this is real. It would be cool if it was, though.