D: The Game Now Available on GOG.com - Rely on Horror 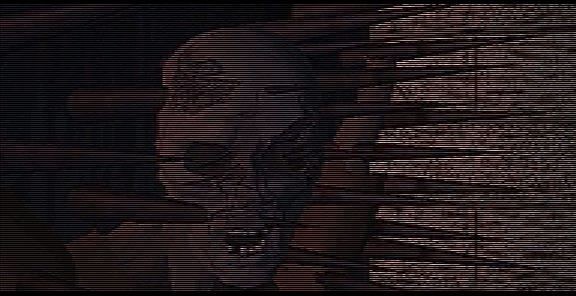 Laura… Laura… Turn back! Have you no idea what I’m referencing? Good, pay attention. D, or D: The Game, is now available on GOG.com.

D: The Game is a horror adventure title originally developed by WARP, and released for the 3DO in 1995. The game would eventually land on Sega Saturn, PlayStation, and MS-DOS. D stars Laura Harris, a “digital actress”, who is investigating a hospital in search of her father who has allegedly murdered everyone inside. She is then transported into a deadly castle, and must find out what the hell is going on. I don’t want to spoil the surprise (it’s a doozy) for you, but things get pretty wild from here on out.

The game is best described as a point-and-click adventure game, it’s going to take some trial and error to make your way through to one of the multiple endings. The game itself is brief, and runs at a brisk pace. In fact, the game will automatically end if it takes the player longer than two-hours to complete, and no, you cannot pause the game.

While the game is a lot of fun, and incredibly creepy, the story of its development is even better. Writer and director of the game, Kenji Eno, who passed in 2013, actually inserted the storyline into the game days before it went to print.

“When I was first making D, it had no story. The game was already almost completed, so to put a story in the game, I had to insert it as flashbacks. While I was doing that, I wanted to do some kind of a trick. Back in those days, you weren’t allowed to make any violent games – like, stabbing people inside the game was taboo,” Eno said in a 2008 interview with 1up. “But I wanted to put this in the game, so what I did was I didn’t show anyone else in the company those scenes; I was hiding them until the very end. You submit the master, and they check the master and approve the master and put a sticker on it, and this gets sent to the U.S. to get printed. There was a penalty you had to pay if you’re late in submitting the master, but you’d also have to deliver it by hand. So, knowing this, I submitted it late on purpose. I submitted a clean one and got it approved. Then I had to bring it to America. So on the plane, I switched the discs and submitted it to 3DO, and it got manufactured like that.”

D: The Game is the latest release by Night Dive Studios, the same team that’s been churning out updated PC releases for older games like System Shock 1 & 2, Turok, and I Have No Mouth and I Must Scream. Fingers crossed that the folks at Night Dive Studios get a change to revive D2, and Enemy Zero, which also feature Laura Harris.

You can download a DRM-free copy of D: The Game for $5.99 on GOG right now. For an extensive history into WARP, and more insight from Eno, check out the full 1up interview.