Class 3 is now State of Decay - Rely on Horror

Class 3 is now State of Decay 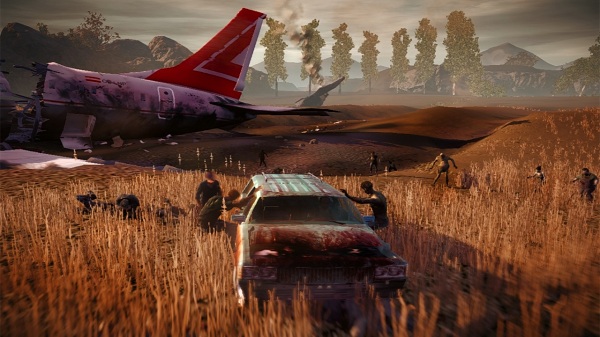 Those of you who listened to the latest episode of our Whispers in the Dark podcast should remember a discussion about what kind of games Cj, Whitney, and I would create if we could. The results were interesting.

The game that I would create was sort of a combination of Silent Hill: Downpour, Resident Evil and Deadly Premonition. With maybe a little Alan Wake/I Am Alive mixed in. A sort of open-world zombie game with a deep story and plenty to do, and a huge emphasis on “realistic’ survival.

Well, it would appear that Class 3, now renamed as the clever sounding State Of Decay, is just that. Undead Labs, a brand-new game development studio based in Seattle, Washington and who have just partnered up with Microsoft Studios, have set to work creating “the embodiment of the “What if?” zombie apocalypse scenario.” according to Undead Lab’s website.

Going beyond the initial panic, the outbreak, the beginning of the end that so many zombie games and stories focus on, State of Decay instead tells the story of the world after it has begun to adapt to life with the undead.

Who remembers Max Brooks’ fantastic The Zombie Survival Guide? Yeah, figured most of you have it sitting right there by the door, ready to go. Well, this game is pretty much The Zombie Survival Guide: The Game.  Note that, in Max Brooks’ guide, a “Class 3” outbreak is when everything truly goes to hell. To quote the guide, “Zombies will number in the thousands, encompassing an area of several hundred miles.”

Now, who else is starting to feel pretty friggin’ excited? This game is about survival by any means. You have to break into a grocery store to get food and supplies, or the police station to stock up on ammo, hotwire a truck to get to where you’re going without fear of undead attackers (since you’ll be grinding them to past under your wheels).

The game is an open-world sandbox style game, where you can go anywhere and do anything. Think of it as The Walking Red Dead Theft Auto to a certain extent. Your every move, every choice and action will dramatically effect the game’s story. Stealth is a necessity, as the undead are attracted to even the most minor of sounds. Time and weather changes naturally as you play the game, and resources will deplete as you and other survivors use them, or if they’re stolen by bandits. You can choose to abandon or defend your settlements against the undead or gangs or looters.

State of Decay is very much the zombie survival game I’ve been hoping for ever since the original Dead Rising opened my eyes to the concept of an open-world zombie game. As this is Undead Labs’ first game, I’m choosing to remain at least partially skeptical until more is released, but as it looks now, I think we may have one of the best zombie games ever made in the works here.

State of Decay is due out some time within the next year for Xbox Live Arcade and PC.