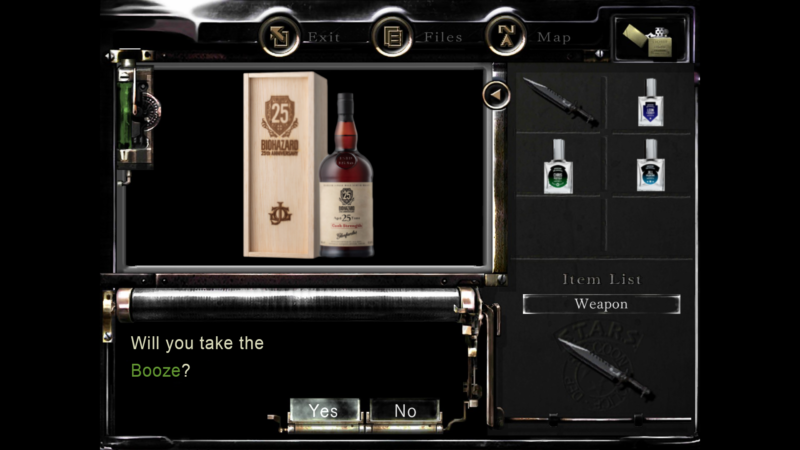 Happy 25th Anniversary *hic* errybody! Resident Evil has been going pretty all out this year for the series’s silver jubilee, with new games, an animated series, a new motion picture, and now — stuff. While the West has received surprisingly little thus far, Japan’s Capcom Store has been getting tons, including Infinite Darkness merch. Now Capcom has revealed a whole new swath of specifically branded 25th Anniversary Resident Evil merch, including some very classy gets.

First up is an exclusive Glenfarclas cask strength whiskey (which means it has a higher alcohol content, so drink with caution) branded after Resident Evil‘s 25th Anniversary and has a sort of Spencer Mansion-y old-world vibe to it. According to the bottle, this booze is also aged along with the games themselves, a solid 25 years of pure whiskey. Got damn. The bottle itself is packaged in a lovely wooden box, branded with the BioHazard 25th Anniversary logo. I don’t even drink like this but I wouldn’t mind having this on a shelf, just for the sheer classiness of its look. 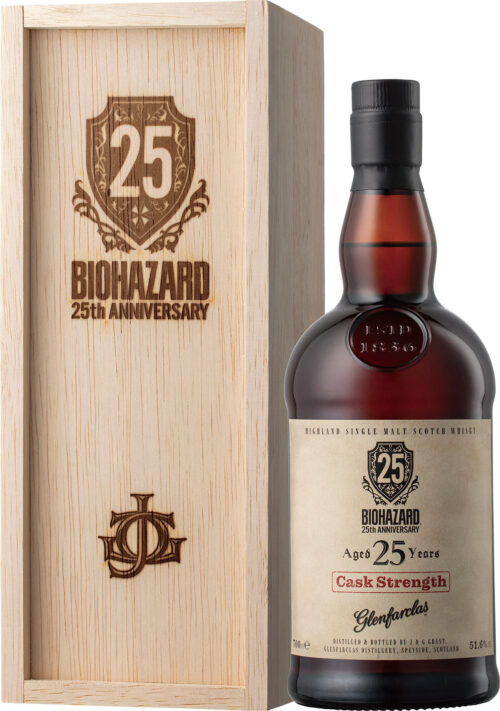 Next up, Capcom has revealed a new line of Resident Evil perfumes, inspired by Chris, Leon, and Jill. Finally, a chance to stink like your favorite zombie fighter! Charmingly, the bottles are labeled with simplified graphic glyphs of the classic BSAA, RPD, and STARS logos. Capcom’s actually been doing this for quite a while, with perfumes branded off of Monster Hunter, Ace Attorney, and Devil May Cry, so it’s nice to finally have Resident Evil thrown in. The set will be going up for sale for about $60 USD on the Capcom Store website July 23rd, which happens to be the anniversary of the events of Resident Evil 0. 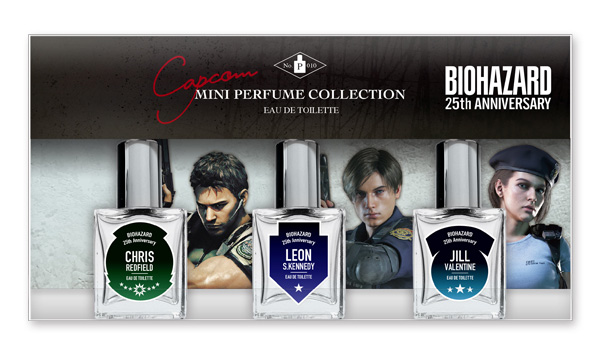 Finally, Capcom has revealed a new soundtrack collection, BioHazard Sound Chronicle 3. This set collects the scores for Resident Evil Revelations 1 and 2, RE6, RE7, and both REmake 2 and 3. The case is super fancy-looking and again bears the 25th Anniversary branding. This set will be available for about $90 USD, and can be preordered from Amazon at the moment. 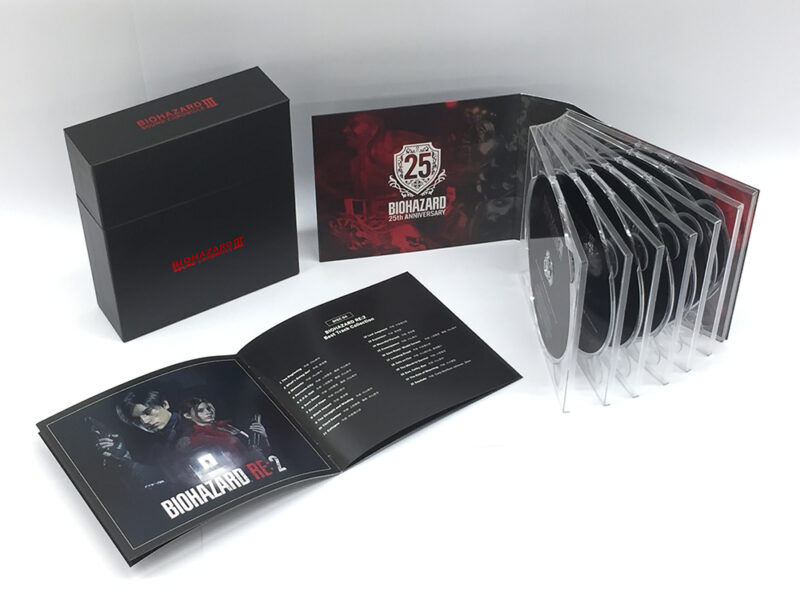 That’s it for now, but no doubt there’s probably more on the horizon. It’d be nice if we could get a few of these things stateside, but I’m willing to bite the importation fees. We’ll keep you updated on any further information as it comes out!