Just in time for Halloween.  Well, maybe we’re a little bit late to the party, but the review is at least in time for Halloween.  Doublesix recently unveiled Burn Zombie Burn on The Playstation Network, and the title has made its way over to Steam.  While it may not offer much in the form of scares, it definitely offers a lot in the form of fun.  And in a time in gaming where zombie games are a dime a dozen, fun over scary is refreshing.

The lead of BZB is Bruce–a genero-macho guy with a string of one-liners and some kick-ass hair.  And also a lot of firepower….and fire.  The basic premise of BZB is right in the title–burn zombies.  In case you didn’t get that, have a read of the title again.  Bruce is equipped with a torch to light up the various zombies in the game.  One zombie lights another on fire, then another, then another.  Pretty soon you have half the map lit up and you’re getting score multipliers of 80 and 90.  This is the key to success in this game, because you’re not going to make it very far otherwise.  To unlock new levels and other goodies, you need to get insanely high scores, and you’re not going to do that by shooting them alone. 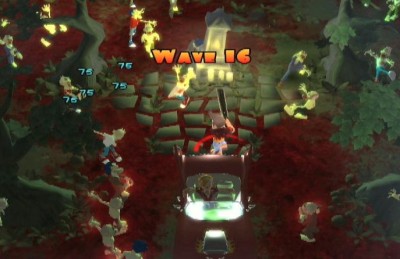 For a downloadable game, BZB has a lot to offer.  Even with low system settings, graphics are decent and the game runs smoothly.  The zombies are pretty adorable, so there’s not a lot of scare-factor here.  The sound is catchy and fits the theme well.  Playing for a few hours, we never really got tired of hearing the tune in the background. 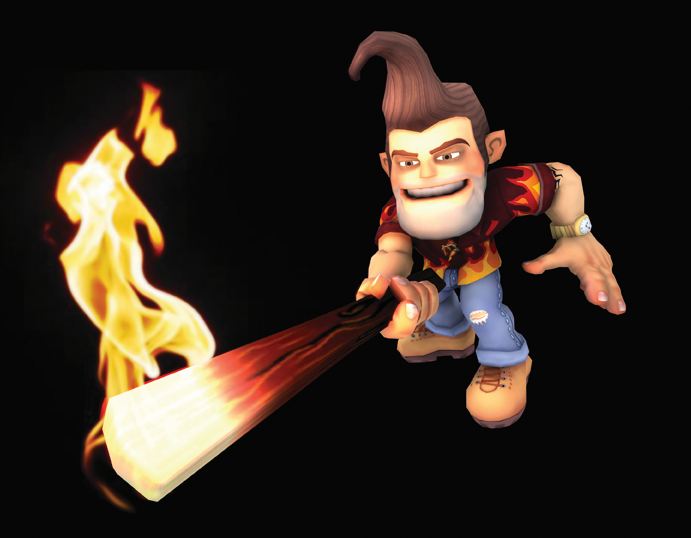 BZB plays much like another notable zombie-shooter Age of Zombies.  Bruce can strafe and auto-target (which you’ll use often) to make things a bit easier, drop dynamite and use other kooky tools and weapons (Exploding Zombie head…don’t shoot it right after you kick it…lesson learned…) to use to re-dead the undead.  The game is easy to control due to fully customizable controls for both the keyboard and gamepad.  Unfortunately, the keyboard controls don’t really work well in BZB.  Sure, you could always hold down the left mouse button and run through your ammo slowly, but when you get cornered, as you so often will, you’ll want to be shooting as quickly as possible.  And when that happens, be prepared for a sore mousing finger.  It’s quite possibly the one down-fall of this game. 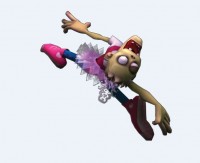 Enemies come in a wide variety with a wide variety of attack styles, and they’re always entertaining to watch.  The game also features challenges to keep things interesting as well, usually focusing on a new tool or focus point.  Unlockable challenges, enemy info, biographies, images, they add a tremendous amount of replay value to the game that is already going to keep you playing for quite some time.  The Steam’d edition of the game features a new Survival Mode and an Extreme Difficulty mode, just in case you found that the regular difficulty was too big of a cakewalk.

It’s not often that we play zombie-shooters that are more adorable than scary.  BZB takes the cake for being fun and addictive while being challenging at the same time.  And with a price point of $9.99, BZB offers a lot of bang for your buck.