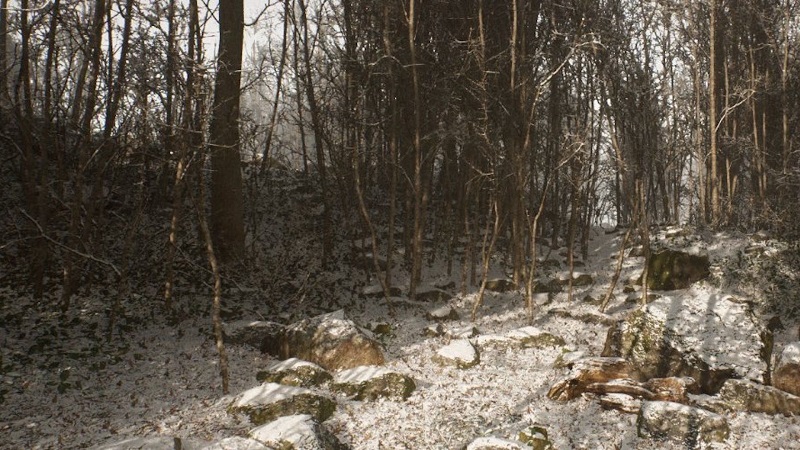 By now, many people are probably already aware of the upcoming horror survival shooter Abandoned, if not for the game itself, then for the ceaseless rumors claiming it’s a new Silent Hill title. Despite Dutch developer Blue Box Game Studios insisting it’s not related to Silent Hill or Hideo Kojima in any way, that hasn’t stopped fans from endlessly speculating. So much so that the game’s director Hasan Kahraman had to post on Twitter reiterating the fact that there are no ties to the influential horror franchise.

Uploading a short video clip of himself earlier today, Hasan took the opportunity to not only show the world what he looks like (and that he’s not, in fact, Kojima in disguise) but also to insist that Abandoned will NOT be a new game set in the Silent Hill universe. In the video, Hasan looks rather weary, perhaps suggesting that fan rumors about the upcoming game and its ties to the notable franchise are becoming tiresome. He also revealed that he’s hoping to conduct a Q&A soon, which should hopefully put the issue to rest.

For those who don’t know, Abandoned is a cinematic horror survival shooter that was announced in early April as a PS5-exclusive. While there’s was nothing to really hint at any connections to the Konami IP in the game’s announcement teaser, the developer did confuse things by posting a cryptic message on Twitter. The tweet (which has since been deleted) suggested that the name of the game was a code:

Since then, the studio has issued an apology, stating it never intended for people to make that connection and cause such theories to start circulating.

In a way, it’s understandable that fans might make that connection. However, since then, Blue Box has issued multiple statements about how none of the rumors are true, and this new video from Hasan only reinforces that. If he’s lying now, it would arguably only do the game more harm than good. Plus, it’s rumored that Microsoft is in talks with Kojima about publishing his next game, which could be a cloud-native Xbox title. Given that Abandoned will be a PS5 exclusive, and will eventually be coming to PC, this kind of quashes the theory as well.

At this point, it’s probably best to leave the team alone to work on the game and let it speak for itself. For now, you can check out the official Abandoned Announcement Teaser below.