The Fall of Leon S. Kennedy- Prologue - Rely on Horror 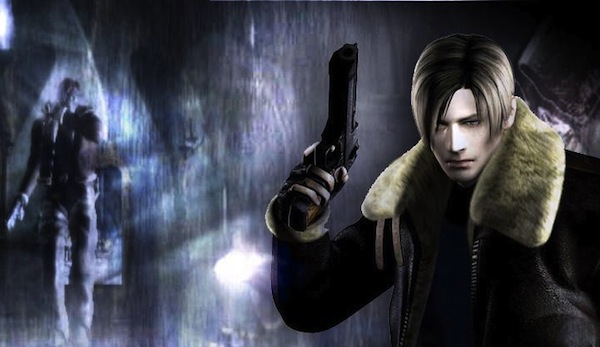 Hello Rely on Horror readers! I’m excited to present something that I’ve been working on for quite a long time. This project is not only for myself, but for the other Resident Evil fans out there that always wondered “What if…” when it came to the original Resident Evil 4 trailers, now dubbed “Resident Evil 3.5.” Without further ado, the prologue to my version of this untold tale…

The Fall of Leon S. Kennedy

This can’t be happening…

His primary objective was now just a feint memory. Leon S. Kennedy, Special Agent of the US Government, was infected. The Progenitor Virus coursing fresh in his blood, he felt it consuming him. His gaze met the barrel of his gun.

How much longer? How long until I’m like her?

The door creaked, and adrenaline rushed as he turned the gun back away from himself. It took everything Leon had to keep his aim steady, forcing it centered on the doorway. As the door opened, the endless darkness of night poured in like smoke, intermingling with the dimly lit room. He could hear painful, empty moans coming from outside. He could smell her rotting flesh, but her face was still masked in the shadows.

But she didn’t stop, and she wouldn’t.  Only hunger drove her now, he knew that, and soon, he would be no different. Leon clenched the grip of the gun tightly, afraid it would otherwise slip. His hand began to shake, and his eyes seared as he fought to keep them open, when they so badly wanted to close. Her shadowy figure staggered out from behind the door. The tattered dress she wore was as red as the blood she was hungry for. As red as the blood that was now smeared over her once beautiful face.

“Please, stop. I don’t… want to kill you.” Leon pleaded, begged. She kept coming, nearly falling, stumbling over her one broken heel. She stood still for only a second, staring at him with her empty eyes. Suddenly, as if a switch was flipped, she let out a shriek and lunged at Leon. She dove fast, but his well trained reflexes, although hampered, were still faster. The first shot hit clean, and she dropped at his feet. Leon shook his head in disbelief, but nothing changed. Ada Wong was dead. He couldn’t help but think to himself,

Looking forward to seeing how this tragic story unfolds? Be sure to check back in two weeks to see the first section of chapter one; Contamination. Please, feel free to leave feedback in the comments below, as well as through twitter, by tweeting using the hashtag #TheFallofLeon. You can also follow me @TheBrentonCook, where I will be giving updates on the story and the writing process for this story so far.

And, to all of our readers out there who are artists; we will be holding a contest to design the title picture for this story; I’m looking for something that really captures the vibe of the Resident Evil 3.5 trailers out there. The winning picture will be featured each time a new section of this story is posted to the site. All entries can be tweeted to me, and we will announce when we’ve picked a winner!

Lastly, be sure to check out the prologue to Resident Evil: Arklay Horror, written by Jorge.