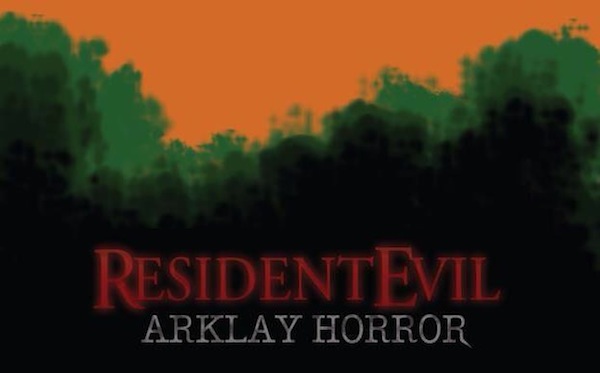 It all begins here! This is the first installment of an original story I’ve been working on for a few months, set a year after the Raccoon City outbreak. I’ll be posting a new chapter once a month. I hope you all enjoy this! Please let me know what you think in the comments below.

A dead raccoon is laid on the unkempt grass. No one will mourn its loss. The only tears being shed belong to the clouds above the Arklay Mountains on this eerie night.

A crimson red queen ant is gleefully crawling on the raccoon’s eye, reinforced by hordes of her worker ants swarming around the dead animal’s body. Some are crawling into and out of its gaping wounds. The twists and turns provided by the raccoon’s exposed intestines are giving the insects a thrilling walk to stretch their legs. It’s an unsettling sight, with the corpse posthumously serving dual roles as an anthill and a gory gymnasium.

Suddenly, a mysterious, humanoid creature approaches the body, reaching out to pick it up with a mostly skinless hand. This abrupt ascension comes as a surprise to the hundreds of ants that have claimed the lifeless animal as their home. A lot of them are shaken off with each disoriented step the creature takes. It carries itself with unease and discomfort, but complete certainty of its destination. It’s as if it calls these woods home.

The black-clothed creature is hooded, completely shrouded in darkness. It’s feverishly trembling, breathing profusely, as if a ticking time bomb has been tucked neatly beside its lungs. Its pounding heartbeat is going at a pace rivaling the rapid tune of the moonlight-invited band of crickets conducting their sonata on this otherwise quiet night. Despite all this, the creature continues to shamble onwards, grabbing the dead raccoon firmly by the skin on its back. Some of the ants have started to crawl upwards toward the creature’s arm, matching their queen’s color as the blood from its open wounds showers them. Then the bizarre creature sees it…

A campfire is in plain view, offering the only source of light for as far as one can see. It’s right in the middle of a vast cloth of emptiness in the heavily forested region. It feels as if something used to be here before, with the surrounding trees parting to make room for what could have possibly been a house of some sort, a huge house. Or maybe, as the lone tomb up ahead indicates, with the name George Trevor engraved, this area was actually a graveyard at some point in time. Regardless, just being here punctures any sense of safety, injecting one with utter dread and despair. The creature goes on to toss the dead raccoon on the campfire.

The residing ants start to burn collectively as the corpse is resting on its fiery grave, desperately attempting to make their last escape. The queen ant that was once crawling over the animal’s eye is squirming, letting off a disturbing screech as its legs start to shrivel up. Seeing all the ants burn on what’s left of the creature’s body is akin to seeing a city being wiped out by a bomb, all of its residents burning to a crisp. With nothing left to trace back anyone’s identities; charred bodies beyond recognition. All life reduced to ashes.

The unnerving creature proceeds to steal the raccoon, now just an unrecognizable mass of flesh, from the dancing flames. It rips a chunk of burnt flesh from the corpse and shoves it down its throat, struggling to eat it, as aurally evident by the choking and gagging sounds it’s making. Suddenly, it hears a shuffling somewhere in the bushes a couple dozen feet behind this campsite. For the moment, this abrupt intrusion is left ignored, until a light is flashed on the creature’s back.

An officer for the Orchard Park Police Department has found his way to this uninviting plot of empty land. Gun and flashlight raised, the officer stealthily approaches the creature with fear’s grip taking a tight hold of him. Finally, after mentally fighting the large dose of dread coursing through his veins, he stands just a few feet behind the monster, who is still struggling to devour the dead animal.

“Stand up and show yourself!” the officer demands.

The startled creature drops the corpse, starting to slowly turn its head toward the officer.

“Where are they?!” he screams.

The most horrid face stares back at the officer with a paralyzing gaze, as pale as the moon overlooking this terrifying encounter. It’s missing its tongue, eyes, nose, and ears, with blood flowing out of where they should be. The officer could barely make out the person this poor monster used to be. The creature stands, slowly approaching him with drunken steps.

Frightened at the grotesque sight before him, the officer manages to swallow his fear and disgust long enough to aim his gun right at the creature’s head. The deadly silence of this lingering moment is broken by this mentally scarring abomination.

“Kill me,” it pleads with an almost incomprehensible voice. “Please.”