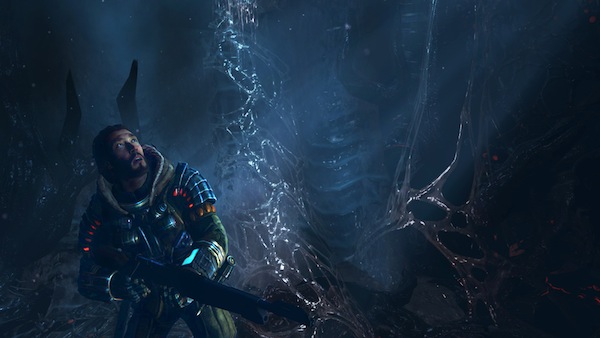 Out of all the games I played at E3, I wasn’t expecting Lost Planet 3 to be one of the most engaging. While it wasn’t my overall game of the show (that’s Resident Evil 6!), Lost Planet 3’s E3 demo was a satisfying and thrilling ride, and it also marked my first time playing the series.

Let’s get this out of the way first, Lost Planet 3 is somewhat similar to Dead Space– from audio logs and the way story is told to the way inventory is handled. But this doesn’t mean the game is just a clone, far, far from it. Being a survival horror title (unlike the previous two games) I just had to spend some time with it when I was lounging in Capcom’s booth. And I’m glad I did. Keep reading to find out why Lost Planet 3 is shaping up to be a solid sci-fi/ horror title. 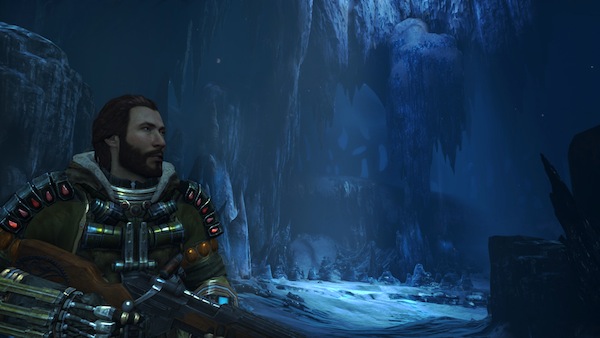 Right at the beginning of the demo, we’re introduced to Jim, who’s departed from Earth to take on a crazy contract on E.D.N. III for Neo-Venus Construction. The company wants to colonize the planet, and it’s up to Jim and his fellow pioneers at the Coronis base to survey the land for samples of the planet’s significant energy supply: T-Energy (Thermal Energy). Whenever someone would say T-Energy in the demo, I couldn’t help but think about the other big T in Capcom’s arsenal, the T-Virus.

This is a prequel to the series, and sadly it’s a series I haven’t really gotten into yet. So apologies for sounding like a total lost beginner to the series throughout this preview. But I must say, I’m really digging the atmosphere and how bits of the story are presented, despite being similar to Dead Space, and not just that, I also enjoyed the way it played. Having said that, let’s talk gameplay. 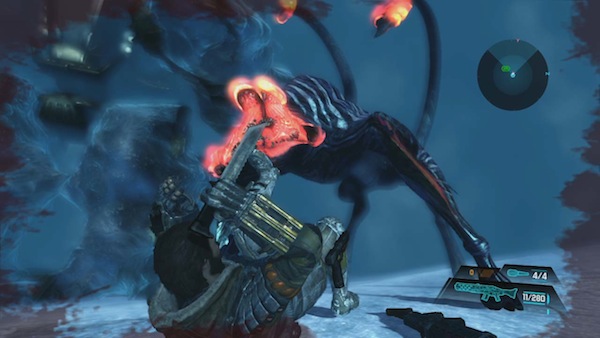 As you can imagine by seeing the image above, the game will have its share of quick time events. But even those were quite fun, as you were pinned down by a monster, having to aim a reticule at the enemy’s weak spot (which in the case of the demo was it’s mouth) to stab it with Jim’s knife. At first it took me a bit to get used to, as I’m used to just pressing indicated buttons in my QTEs, but this was a nice way of doing it, and it’s neat to see Jim digging his knife into a foe.

Shooting works like it does in Dead Space and other third person titles of this nature, with camera movement being similar, too. The weapon I had most fun using was the shotgun as it never got old to blast creatures that would jump at me (like the one pictured above). Things change once you jump into a giant rig, as traversal is slower but you’re packing more power. There’s even a part in the demo towards the end where you fight a boss inside the rig, which is pretty darn awesome. However, I opted to do most of the fighting outside of the rig. Yeah, boy, that’s skill! 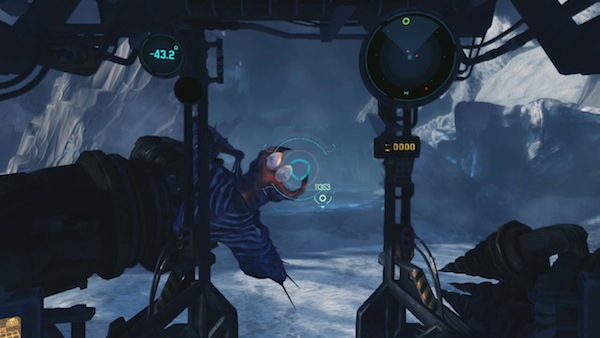 I also enjoyed the quiet moments, where you’re just walking through corridors or using the giant mechanical suit to traverse in the harsh freezing weather outside. It gives the game a solid sense of atmosphere and once again makes me remember The Thing. This is a survival horror title, but it isn’t exactly all that scary. There were some moments that were somewhat creepy where you would hear aliens and not have a clear view of them. But for the most part, there’s not much here to make you jump out of your seat. But again, the atmosphere is solid.

There’s also a neat grappling feature that was very bionic commando-ish. But Jim doesn’t really perform any Nathan Drake feats here. The evade roll mechanic is also useful to, especially when facing off against bigger monsters that charge at you, like the demo’s pair of boss battles. The first one you fight on foot while the other you fight inside the mech suit (if you’d like to). There was also an intense segment where your rig gets concealed in ice and you have to jump outside and shoot off the ice surrounding it. Sounds easy? Well, think again: there’s hordes of enemies coming at you as you’re doing this. As I mentioned before, this is my first time getting into the series, so I’m not sure if the previous games are like this, too. But I’m definitely eager to play the final product when it hits next year.

Playing through the demo, I really felt like I was taking part in a classic sci-fi horror film, being in a desolate planet with threatening alien life forms waiting for you. I’m sure there’s going to be massive battles as the game goes on, but I also hope there’s a good dose of quiet moments interspersed, where the game’s audio and visuals take center stage to bring on a sense of horror and unease. Hell, now I have another game to look forward to!