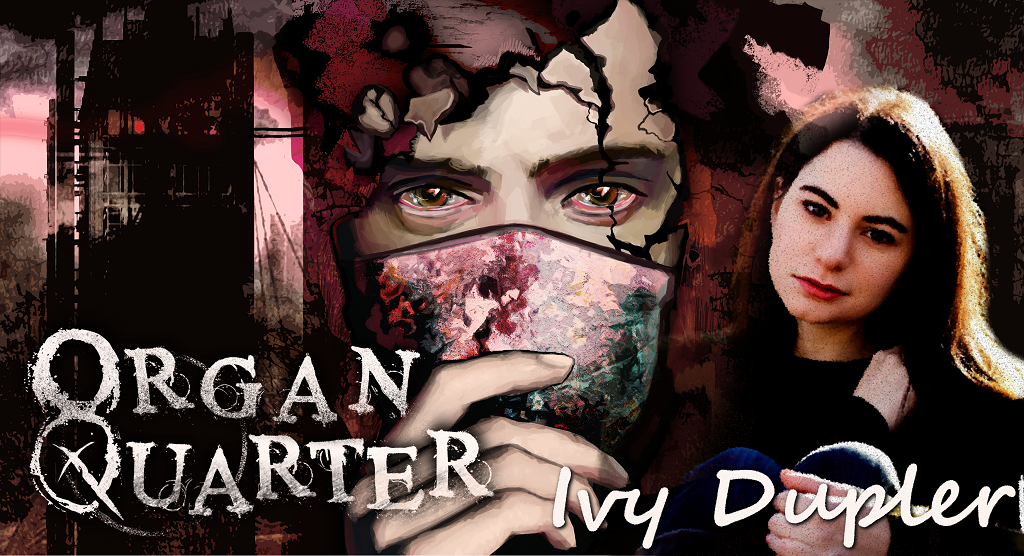 Last month, the new VR title Organ Quarter hit the Steam VR marketplace. The crowdfunded title was crafted from a belief that the VR world is currently lacking titles built on the foundation of traditional survival horror and seeks to fill that void by mixing a labyrinthine cityscape with bizarre puzzles and truly Cronenberg-esque body horror and creatures. The team used hand-tracking room-scale VR to pull the player into an experience physically less disconnected than anything else on the market — at least anything that’s also mixing in resource management and running for your life.

There’s a city full of bizarre creatures and even more bizarre situations, and of course your own sanity is probably worth re-evaluating. Any apocalyptic scenario involving guidance from a mysterious doctor is usually…. usually not going to pan out all that great for you.

Who it is panning out well for is Ivy Dupler, a rising star in the video game VO world who voices the lead (and I believe only?) female character in this title. We sat down with Dupler to ask a few quick questions about the world of VR VO, the state of the industry, and how to make yourself sound extra spooky. 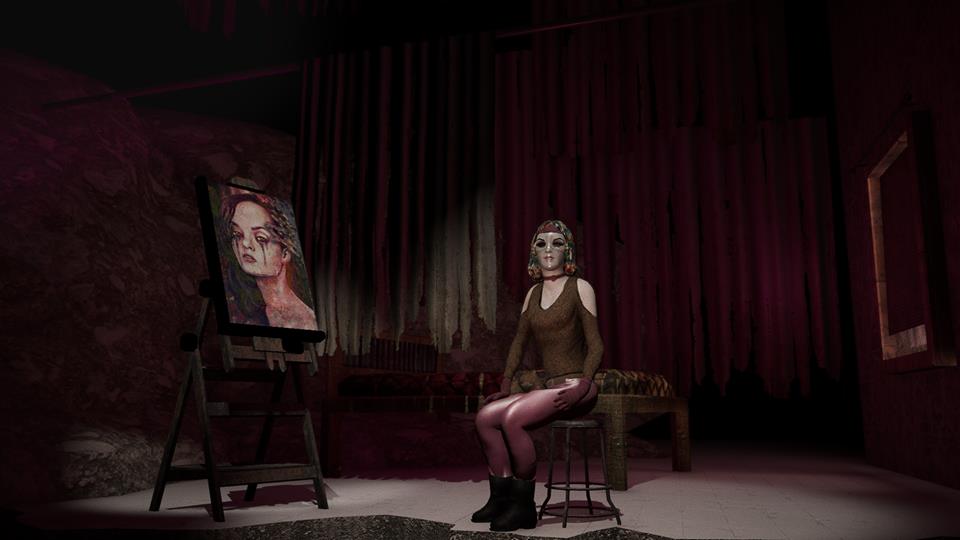 Q: As any good VO interview has to begin, how did you get into VO and what advice do you have for others?

An indie game developer whose work I absolutely love tweeted that he was holding open auditions for an upcoming project — the only requirement was that you had to be local to Brooklyn. Voice acting was something I’d wanted to pursue for years, but I’d never had the nerve to actually go for it. So that night, I fired up GarageBand and recorded an audition through the microphone built into my computer. I got such a rush from the experience, and I was pretty much hooked on the spot. With the encouragement of a close friend, I got in touch with the casting director, who quickly became my voice coach — I still work with her to this day.

As per the advice for others: do your research and don’t get intimidated. In the same way that you’d crack open a recipe book before baking a cake from scratch for the first time, take the time to develop your skills and (literally) find your voice before jumping straight into recording a demo reel. Also, don’t upgrade to the ad-free version of Spotify — you’re gonna want to listen to those radio commercials and take note of what you’re hearing.

Q: The sound you hear in the background is me downgrading my Spotify plan. Do you have a home rig? What advice do you have on VO reels? Have you ever booked a gig from a VO reel and how do you get that out there?

I’ve got my own little studio built into my closet. You’d be surprised how effective winter coats can be for soundproofing—at least, working in tandem with some audio foam.

For reels, my advice is twofold — don’t rush into recording one, and when you do feel that you’re ready for it, do it the right way. Your reel is oftentimes your first (and sometimes only) impression for a potential client, so a professional-sounding voice with professional-sounding production values go a long way.

I have definitely booked gigs from my VO reels. One commercial casting in particular called for a female voice that was capable of a multitude of ages and accents, since the actress would be required to voice several characters for the campaign. I sent in my animation demo reel for consideration, which includes six wildly different characters. They booked me the next day.

Q: In your work, how do you get the emotions across. Especially in horror/action stuff? What tricks do you use and what has a lifetime of acting taught you?

For video games, it’s all about creating an extraordinarily intimate bond with the player. You’ve got to keep in mind that you’re giving life to the “why” — why do they care about these characters, why do they want to fulfill these objectives, why do they want to spend hours and hours in this game world? A convincing performance with real emotion is what makes a character come to life in any medium, but for games in particular—where the audience is a dynamic part of the narrative with directly consequential actions—it’s amplified about a thousand percent. It’s not about just being vulnerable or evil or charming: you need to be vulnerable enough that a player is willing to risk “their” life to save you, evil enough that a player is driven to destroy you, charming enough that a player will willingly pour five, ten, 50 hours into a game and never grow tired of your voice.

Q: Tell me about the short film you’re in that on festival circuits now.

I was involved last year in a short horror film called “Beware the Beast I Worship”, directed by Adam Chitayat, which is now making the festival rounds. That was a particularly fun project, since my voice contributed to one half of the titular “Beast”, an enormous wolf-like husky dog with murderous intentions. They mixed my voice with the voice of another actor, a much older man with a very deep and intimidating tone, and then put a slight filter over the whole thing for an otherworldly effect. We were given the exact same lines but totally different direction. He was generally told to snarl and command, while I was asked to read the lines alluringly. The result was a pretty unsettling juxtaposition thanks to some really creative sound mixing.

Q: Tell us about your character in Organ Quarter.

Dmitry Pirag [lead developer and director of Organ Quarter] first described the character to me as “something like a ‘nihilist memes’ incarnate”. She’s a bit awkward and a little cheesy, sort of over-exaggerating death and despair in a seductive and jokey way — but it’s mostly just a way to mask some deep-seated fear and bitterness. She’s known as “The Painter” and is a bit of an enigma to the player. Since you encounter her a couple of times throughout the game, there was a definite flirty, mysterious quality that I had to bring to the character to keep the player intrigued at the thought of their next encounter.

Q: What kind of vocal work do you have to do for horror (and VR) that’s different than work you’ve done in the past?

With horror, it’s all about atmosphere. Whether your character is there to make the audience feel safe and grounded or completely on-edge and unsettled, you need to constantly keep them in that world.

Combine that with VR and you get the ultimate in immersion. When you’ve got a player believing that they’re a part of this virtual 3D world — that scary creature coming towards them can and will kill them! — the last thing you want is a lackluster voice over performance to break the illusion.

Q: What’s the hardest part of VO work for you?

I’d say the hardest part of VO work for me has been knowing when to take a step back from the mic for a moment and recalibrate. When even the smallest, nearly undetectable nuances can make or break a performance, it can be tempting to throw yourself at the copy again and again until you’ve “perfected” it. But I couldn’t tell you how many times I’ve ultimately ending up submitting my first or second take for a project and ended up with a very happy client. Overworking the copy is a very real thing that can happen, and oftentimes, your earlier takes are going to be your best and most natural.

Q: What’s it like to voice a character in the Marvel Universe? How did that come about?

Honestly? It’s one of the coolest things that I’ve ever achieved. I voiced Viv Vision, daughter of Vision, in Marvel’s Avengers Academy mobile game [produced by TinyCo]. Since this was Viv’s first ever appearance in a video game, I’m also the first person to have officially voiced the character, which was extra exciting. I may or may not have mentioned it to my local comic book shop owner, and he may or may have been supremely impressed. And let’s be real, the only people in life really worth impressing are local comic book shop owners.