An Interview With Rebellion On Their New IP Strange Brigade 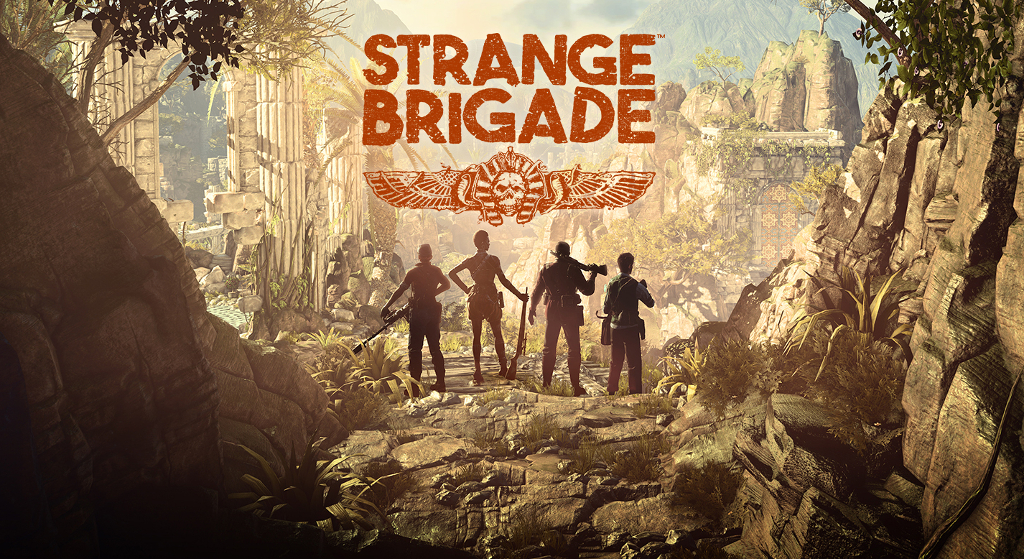 Rebellion Developments may be known for their classic PC titles, the resurgence of Battlezone, Sniper Elite, and the upcoming remaster of Rogue Trooper, but they’re also known for their horror co-op shooter franchise, Zombie Army Trilogy. Rebellion is bringing back the horror-adventure, but with a little less undead Nazis this time around. Strange Brigade has up to four-players shooting their way through an adventure set in a fictional 1920’s mythical world, with a story penned by Gordon Rennie.

Steve Bristow, Lead Designer of Strange Brigade, was able to answer a few burning questions we had about Rebellion’s upcoming game.

Q. What was the main motivation for making Strange Brigade? The reveal trailer evokes memories of classic Hollywood monster films, were there any specific films that influenced the creation of the game?

We were inspired by the spirit of adventure and sportsmanship the fiction of the early 20th century – things like H Rider Haggard, and Boys Own adventure stuff. This indeed spilled over into those early cinema matinee serial shows like King of the Rocket Men, and comics like The Phantom. There’s an open, sincere fun to the genre, and for us it’s a refreshing change of pace to work on something so high-spirited, as well as being able to employ a bit of tongue-in-cheek humour!

Zombie Army Trilogy was a great example of the importance of making stuff that’s inspired by stuff we love and that’s certainly true of Strange Brigade as well. We often experiment with projects here at Rebellion, starting things with a small team, seeing if we can find something with potential and then getting behind it if it works. Strange Brigade has got a pretty big team on it now which is a mark of the confidence we’ve got in it.

Q. What gameplay differences should players expect from other Rebellion mainstays like Sniper Elite, or Zombie Army Trilogy?

Strange Brigade is about exploration and adventure – traps, puzzles and mystery are going to be mainstays of the experience, and players who like to explore and discover new things are going to really enjoy that side of Strange Brigade. The combat is arguably more ‘in your face’ than Sniper Elite or Zombie Army Trilogy and there is a very strong side of magic and fantasy about it.

Q. Strange Brigade focuses itself around cooperative play, what kind of experience should players expect should they decide to go it alone? How will online matchmaking work?

As with most of our games, you’ll get a full single-player experience that can also be shared with friends (or other random online players if that’s your thing). You’ll be able to invite people into your game at any time or, if you fancy, drop in to someone else’s. We know some players will want to go it alone through the whole campaign, others will want to play the entire game in co-op, and some will want a bit of both – as ever, we’re striving to cater to everybody.

Q. Each playable character has its own unique design, what went into the process of designing each persona?

Again, a lot of the inspiration comes from the archetypes of the time that we’re setting the game in. The daring explorer, the scientist hero, the grizzled soldier, they are all in some way references to characters from the books and films of the time. We also want to offer the player the opportunity to play as a character that, perhaps, they haven’t been before, something novel and with a unique tone and flavour.

Q. Can you shine some light on what exactly the story entails? Will each character have their own narrative?

We don’t want to give away too much about the story just yet, but like the trailer says, it’ll be a rip-roaring adventure! The story we’ve put together is being fleshed out into a script by none other than Gordon Rennie, who’s written extensively for (amongst other things) our 2000 AD comic, and he’s really capturing the tone perfectly. It’s not going to be a game weighed down by lengthy cut scenes but rather the story comes through from your encounters and discoveries as you progress.

Strange Brigade is coming “soon” for PC, PlayStation 4, and Xbox One. 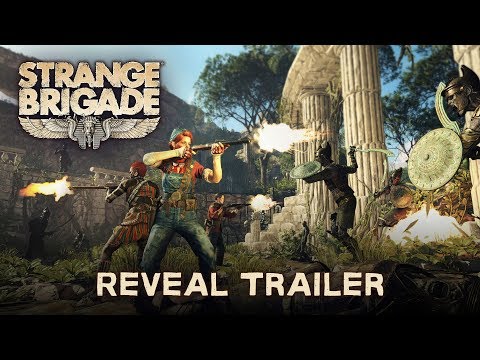