Interview: The Horrors of Dead Space 3 with John Calhoun 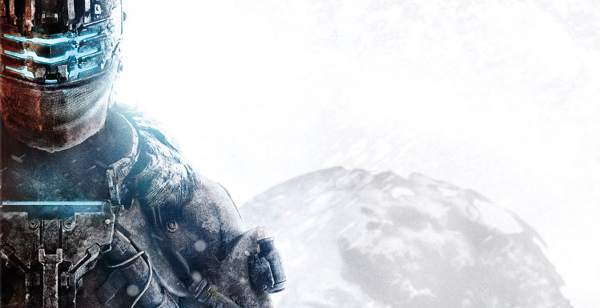 Along with my preview of Dead Space 3 I was also given an opportunity to interview the game’s producer John Calhoun. In this interview John discussed what makes Dead Space 3 tick and how the team thrives to make this their most ambitious Dead Space game yet.

“Horror is in the DNA of Dead Space,” as John said. Despite the game’s inclusion of co-op and cover based shootouts with human enemies, Visceral wants fans to know that Dead Space will remain a horror experience. I took the opportunity to ask John how the team will balance a true survival horror experience with these new gameplay inclusions. You can read my full interview with John Calhoun just below.

ROH: John Carver was revealed in the first teaser trailer for Dead Space 3 but we don’t know much about him. Who is Carver and what are his intentions in the game?

Carver is a merciless soldier who’s been deeply and personally affected by the Necromorph scourge. His wife and son were killed in an attack, so he joined up with a renegade group dedicated to finding a way to stop the Necromorphs once and for all. How Carver and Isaac end up working together is part of the bigger story in Dead Space 3.

ROH: Immediately after finishing Dead Space 2, the realization came to mind that Isaac may no longer have dementia in Dead Space 3. The psychological scares and hallucinations was something that I loved about Dead Space 2, what can we expect in their place? Will something similar return?

Horror is in the DNA of Dead Space; we’d never make a game without it. In Dead Space 3, our approach to horror includes heavy emphasis on audio, atmosphere, and thrills – areas where we’ve been really successful with horror in the past, and are more in line with our story and environments. Psychological horror is still present, but not to the degree that you saw Dead Space 2, as Isaac’s dementia was the primary theme of that game. We promise you will still be scared this time around, but we’d rather you try facing the terror together with a friend in co-op before you put down the controller!

ROH: Dead Space 3 is your fourth entry in this horror series, because of this, do you find it difficult to come up with new scenarios and scares that haven’t been done in the previous games?

Not at all. The Dead Space team runs an annual “horror contest,” where everyone on the team can submit their creepiest, grossest, or most thrilling horror idea. We’re all fans of horror games and movies, so you can only imagine the kinds of scenarios that our crew comes up with. The best ones from years past made it into Dead Spaces 1, 2, and Extraction; now, the best of the ideas we came up with this round will be featured in Dead Space 3.

ROH: In my preview with the game, I was dropped into a sidemission. What can we expect from this new inclusion?

Optional content is something we’ve always wanted to add to a Dead Space game. We think a level can be a lot scarier if you know it’s off the “alpha” or story path, where you have certain expectations of surviving (so the plot can advance). Not true with the optional side missions in Dead Space 3. It’s up to you whether or not you want to explore that derelict ship, or plunge into that subterranean cavern. We can’t guarantee your survival – just that the exploration will be worth it if you make it out alive!

ROH: Also noticed in my preview were the inclusion of more complex puzzles. This is very exciting, as puzzles are something survival horror fans covet. What can you tell us about Dead Space 3‘s puzzles?

Well, I can’t tell you much without giving away many plot details. Yes, puzzles are back, and in a big way. Should you choose to play in co-op, some of them have a co-op element to them. And all of them draw on Isaac’s background as an engineer.

ROH: What brought about the inclusion of co-op and how can it be compared to playing alone?

We reached out to Dead Space fans before making Dead Space 3, and they told us that almost all of them replayed the previous games’ single-player campaigns several times, on harder and harder difficulties. Unanimously, they also said they wanted the option to play the campaign with a friend, in co-op. (We also heard that some people were actually too scared to play alone!) So Dead Space 3 lets you play the entire campaign with a friend, with drop-in, drop-out co-op. But co-op is also optional. Just like in previous Dead Space games, you can play Dead Space 3 from beginning to end as a solitary, isolated adventure. Isaac Clark will be alone, with no AI followers, and you’ll have to survive the terror and hostile environment all by yourself. The two experiences are very different, and I hope people experience the game both ways, to see all the unique twists and story details that reveal themselves in both modes.

ROH: Why go with universal ammo in Dead Space 3? Also, will Isaac be sticking true to his roots and using tools along with actual weapons?

All the weapons in the Dead Space 3 are capable of using a generic ammo clip. This is tied into one of our biggest and deepest new features: Weapon Crafting. Sticking to his engineering roots, Isaac will be able to break down, modify, and recombine scavenged tools and parts he finds into a powerful, highly-customized arsenal. Every weapon is derived from engineering, archeological, surveying, or military style parts, giving you the ability to create thousands of tools to slice and dice the Necromorphs.

ROH: Dead Space Extraction‘s Lexine Murdoch was reintroduced in Dead Space 2‘s Severed DLC but the whole mystery surrounding her abilities have yet to be uncovered. This was something that personally drove me crazy. Can we expect her story to continue in Dead Space 3?

We absolutely will be answering questions set up in previous games, and giving fans a deep dive into the official Dead Space lore. But to say anything more about our plans would ruin the story. You’ll have to wait just a few more months!

ROH: What was the decision behind removing the competitive multiplayer?

Fans told us they wanted more Dead Space story content, and the ability to play with their friends in co-op. When we finally settled on a co-op design that actually worked with the Dead Space franchise, we realized we’d be doing a lot of trailblazing. Our co-op is drop-in, drop-out; it’s also entirely optional. And because we don’t have AI followers, this means our story has to adjust dynamically at every checkpoint to the presence of a second player. This feature is where we decided to spend our time innovating online for Dead Space 3.

ROH: How would you describe the balance of action versus survival horror in Dead Space 3? Is it much like Dead Space 2 or is the scale in favor of one or the other?

Neither action nor horror works when you’re constantly tense – you have to have peaks and valleys in your pacing in order to be thrilled. If you’re always “totally afraid” or “always on the edge of your seat,” then where can you go from there? So you have to have moments of relief, or an epic event, or a long lull without combat, to break up the tension of both action and horror. This is how we’re balancing Dead Space 3.

ROH: This is less of a question and more of a chance to directly talk to the hard core survival horror fans that fell in love with Dead Space but are worried that the series might be going full-on action due to co-op, universal ammo, and gun wielding human enemies.

Once you play the game or demo in person, you’ll see that the Dead Space formula hasn’t changed that much. The changes we do make are part of the natural evolution of Dead Space. The dev team wouldn’t be happy making the same game over and over, so we like to find room for innovation and improvement with each iteration. But at the same time, we’re super careful to stay within the “real space, real terror” bounds we set for ourselves in Dead Space 1. Judge the game for yourself with a controller in your hand, and you’ll know what I’m talking about. Our development team is both the biggest fan, and the most protective steward, of the Dead Space franchise. We won’t let ourselves or the survival-horror community down.

Thanks to John and Visceral for taking the time to talk with us.