Hands-On Preview: The Devil In Me 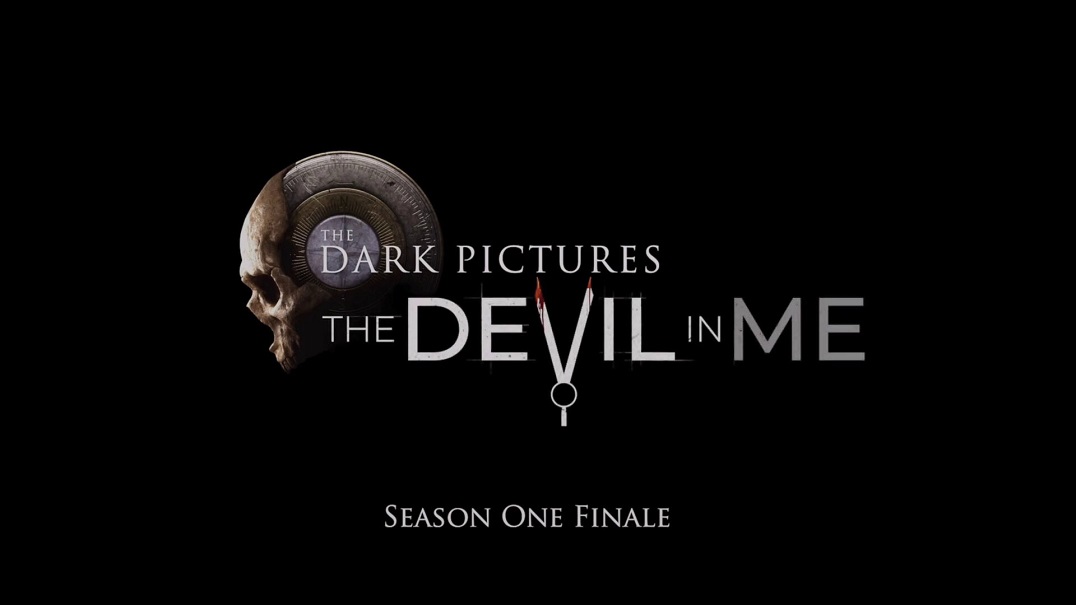 As we approach the release of the season one finale of SuperMassive Games‘ Dark Pictures Anthology in a few weeks, many may be wondering what to expect from the fourth game in the series, entitled The Devil in Me, and how it compares to the previous entries Man of Medan, Little Hope, and House of Ashes.

While the game may not be released just quite yet, we got to play a full 90 minutes a little bit early this time around, and I can confidently say that The Devil In Me is already blowing away the previous three entries from the series in every way, and here are some further impressions from our time with the game. 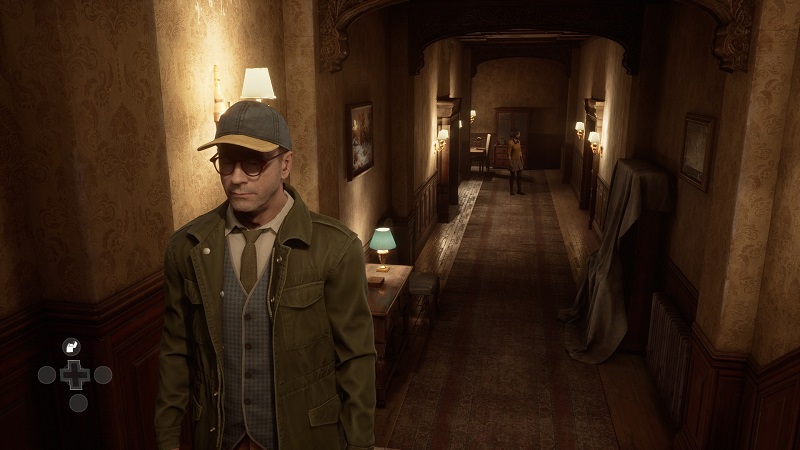 More than all of its predecessors, the gameplay system that The Devil In Me employs is much more complex and well-rounded, featuring a host of new and more fun gameplay mechanics, making it feel more like an actual horror game in a traditional sense, with more interactivity and immersion overall.

The previous games in the series focused on the cinematic and storytelling elements first, with gameplay that essentially only consisted of walking around, making narrative choices, and simply inspecting objects or quick-time events. 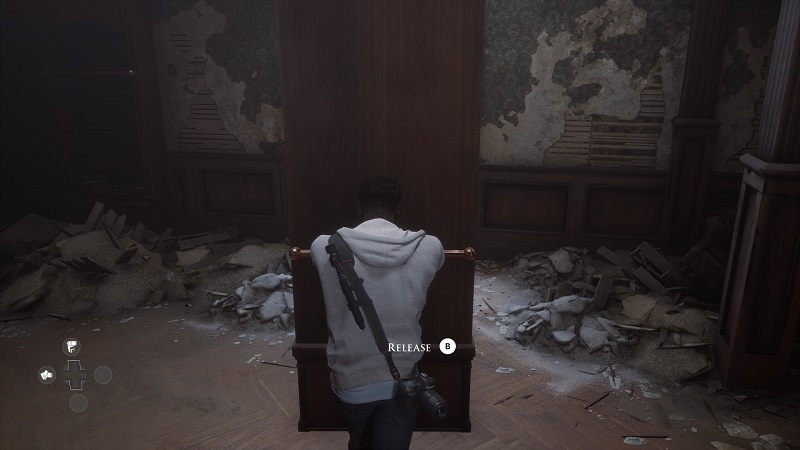 The Devil In Me goes much further, including both environmental and logic puzzles and an active inventory system where you choose which items to use to open doors, obtain items, or solve puzzles. Some characters also have certain abilities or items that the other characters don’t have, and these can be used to solve certain puzzles or problems. These features go a long way in making the game feel fresh and stand out from its peers, and they’ve truly transformed the experience so far.

While the puzzles may be simple overall in the grand scheme of horror games, they’re a very welcome addition to the Dark Pictures series, and just being able to input codes, use keys, and move objects around the environment feels like a huge step forward for these types of cinematic narrative games. 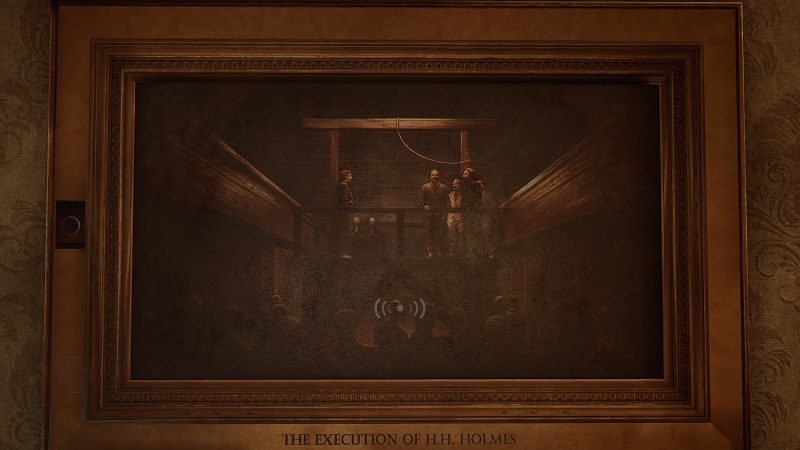 The storyline is so far cleverly written and creative, and taps heavily into real serial killer history by featuring many references to and information about the man who is typically considered to be the first known American serial killer, H.H. Holmes. It already has me invested to find out who or what is behind the strange happenings as the characters explore the mysterious re-creation of Holmes’ “Murder Castle” in Chicago where they’ve found themselves trapped.

Even the title of the game is inspired by a quote from Holmes, and the way the narrative here is twisting real history, fiction, serial killer mythology, and copycat killer elements just makes for a perfect mystery and I can’t wait to see how it all unfolds. 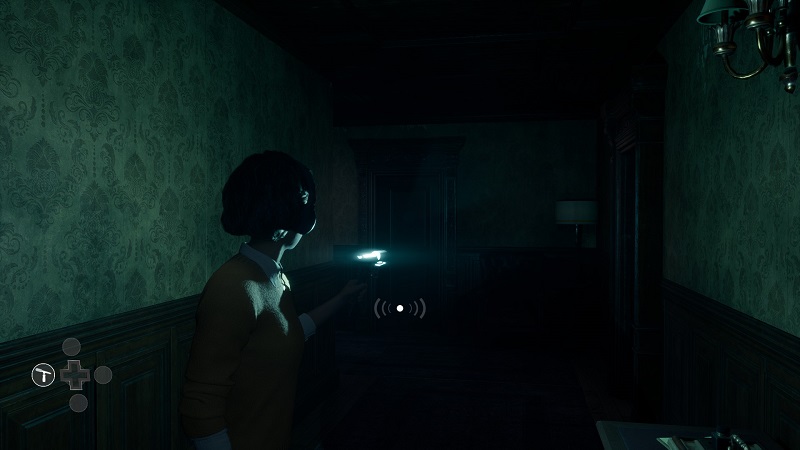 Also of special note here is the sound design for the game, which, just in the first chapter already had several moments that had me petrified to move forward just from the absolutely ominous and sometimes oppressive sound design. This is an impressive feat in how well the overall sound design sells the tension and fear here, and I can’t wait to experience more of it soon.

The scenes with the directional mic had me at a standstill and are one of the most memorable scenes of any horror game I’ve experienced in a while. 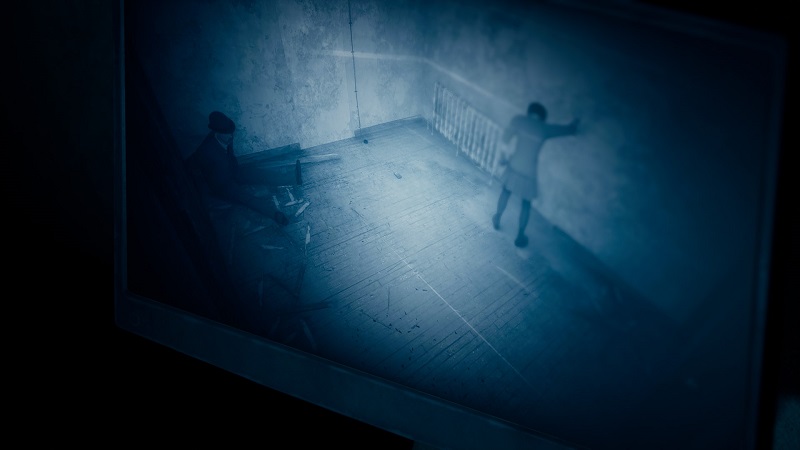 As another example of the sound design being so effective, there were no less than five very effective audio stingers that made me jump out of my seat just in the first 90 minutes, which is a rare feat in the modern horror gaming market for me, especially in these types of cinematic games.

Just as with the previous games in the series, the visuals and lighting/shadows are also top-notch and just heighten the immersion that much more, making for a visual treat across the board. 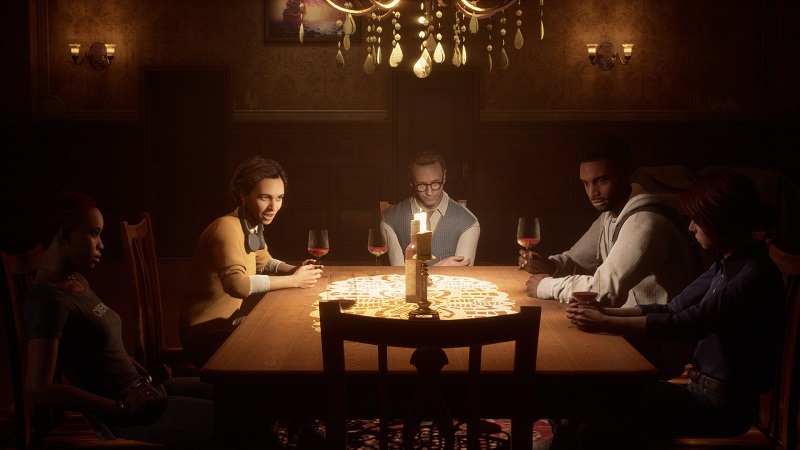 The game is due out in just a few weeks, and if the first 90 minutes are any indication, this could easily be the best game in the series so far, and possibly one of the best horror games of this year, so my excitement is currently through the roof.

The Devil in Me releases on November 18th, 2022, for PlayStation 5, Xbox Series X|S, and PC via Steam. You can wishlist it on Steam now or pre-order it on Xbox or PlayStation.