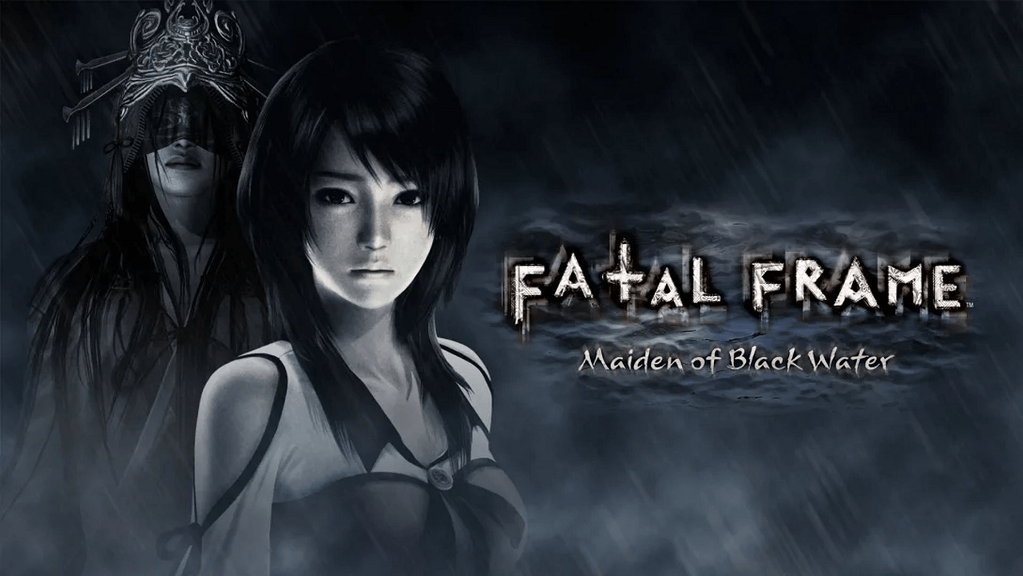 As most horror fans have already heard by now, the long-dormant and legendary Japanese horror series Fatal Frame is getting a remaster of its most recent entry, Fatal Frame 5, which is coming to all modern platforms on October 28th.

In celebration of the 20th anniversary of Fatal Frame this year, we got a chance to chat with the series creator/director, Makoto Shibata, and producer, Keisuke Kikuchi, to ask about their careers and the Fatal Frame series, both old and new.

Here’s what they had to say.

ROH: It’s been around 7 years since fans have been able to experience a new release from the Fatal Frame series, and since 2014, you’ve spent most of your time at work on the Deception franchise or on various JRPG titles. Have you wanted to bring out new Fatal Frame releases for all these years in between or did you feel like the series needed a break? Did you feel satisfied working on these other genres of games, or is the horror of Fatal Frame more where your passion lies?

Kikuchi: I have different personal feelings towards the Fatal Frame series, the Deception series, and other RPG series, and I enjoy working on them equally. During the development process for other titles, ideas and inspirations accumulate and are reflected in the next title. I’m a greedy person, so I want to make a lot of different kinds of things, but the whole time, I also wanted to continue the Fatal Frame series.

ROH: With the remaster of Fatal Frame 5 on the way soon, what are your biggest hopes for the upcoming re-release, and what would you like horror gamers to experience from the game? What do you feel are the biggest strengths of Fatal Frame 5?

Kikuchi: One of the strongest characteristics of the horror elements in the Fatal Frame series is the dilemma of having to lure something frightening towards you and wait until the very last moment to fight it. Another strong aspect is when a ghost seems to appear faintly, but ultimately doesn’t fully materialize, or when they appear suddenly and unexpectedly during normal exploration. I hope gamers are able to experience these facets of the Fatal Frame series on the current generation of game consoles.

ROH: Many early horror games developed in Japan have been set in the West, such as Silent Hill and Resident Evil. What inspired you to break that mold and set the Fatal Frame series in Japan, and what would you say separates “Eastern” style horror from “Western” horror?

Shibata: I would say the reason it’s set in Japan is simply because I live in Japan. When I thought about making the scariest game I could, I thought it would be more realistic to re-create scary events that I have seen or heard about myself. I like games set in Europe and the United States very much, but by basing Fatal Frame on scary events that have happened in places I have been to in real life, I can create an atmosphere where spirits seem like they might appear at any time, and where just walking around is scary. In a horror game, there are always some times when there are no enemies, so it’s important to know how to create a foreboding atmosphere where you feel they might appear, whether they actually do or not.

ROH: Have you taken inspiration for Fatal Frame’s scenery and imagery from any traditional artists, including painters and sculptors, or any specific regions or areas of Japan?

Shibata: Throughout the series, I have not been influenced by any particular painters, sculptors, or other artists. I was influenced by the houses I lived in throughout my life and the houses of my relatives. They were mostly old Japanese houses, but they have since been demolished. It’s often said in superstitions that those old houses were like a pathway for spirits to connect between two shrines, so sometimes spirits would come into the house.
As for the stages in Fatal Frame 5, I gathered all the famous haunted places in Japan and concentrated them into one sacred mountain. The fact that there are many different haunted spots on one mountain was influenced by Mount Osore in Aomori Prefecture. With this setting, I thought it was a good opportunity for me to be able to include the strange events I experienced on this mountain while I was there.

ROH: You have described symmetry as a central theme for Fatal Frame 2, stating that “tragedies and fear are what happens when you tear things apart.” Aside from the butterflies and the twins, can you give any more examples of this symmetry theme that you used in the game?

Shibata: In this series, each title has a different theme, and I aim to create a different kind of horror every time. In “Crimson Butterfly”, one of the themes was “symmetry”, and the visual motifs such as butterflies and twins were symmetrical, but I was also conscious of symmetry in the structure of the story. The tragedy that happened in the village in the past and the tragedy that is happening now, which the player controls, are symmetrical.
For “Maiden of Black Water”, we made the central theme of the story a type of fear which roughly means “connected to water.”

ROH: Fatal Frame 4 was never released outside of Japan and I think it’s one of the best games in the series that fans from all over the world would love to experience. Would you also like to release a remastered version of Fatal Frame 4 as well? Or remasters of the original trilogy?

Kikuchi: We have received many requests for all of the older games to be remastered, so we will continue to explore what is possible in the future.

ROH: Is there still hope of seeing a brand new game in the Fatal Frame series if the release of this remaster goes well enough? You had spoken about this possibility in some interviews earlier this year, but I’m curious to know if that still holds true.

Kikuchi: This is the game we prepared for the 20th anniversary of the series, so we currently don’t have any plans for other titles yet. However, the response has been more positive than we expected, so we would like to continue thinking about it in the future.

ROH: If you do continue with the series at some point, would you like to return to the stories of any of the classic characters from the franchise, such as Miku, the Amakura sisters, Rei, Ruka, or Misaki? Some characters appeared as NPCs in future installments, but it would be interesting to return to some of the previous protagonists as main characters when they are older and see how they’ve dealt with the trauma of their paranormal experiences later in life.

Kikuchi: We have always created independent stories for each installment in the Fatal Frame series, so if there is a new entry in the series, it will be with a new character and a new story. However, the world of Fatal Frame is interconnected, so even if it features new main characters, there will likely still be a connection between these new characters and the Camera Obscura or some characters from the series’ past.

ROH: Are there still any ongoing efforts to create another Fatal Frame movie at some point? There have been several different film projects announced over the years, and most have fallen through except the Japanese film from 2014. Are there any new updates on a new film or maybe even TV projects?

Kikuchi: It’s still in the works, but there is nothing worthwhile to say as of now, so please be patient on new details on any film-related projects.

ROH: Any final words or thoughts you’d like to share with fans of the Fatal Frame series or horror gamers in general?

Kikuchi: For the past 20 years since the first title, the series has been supported by its fans, so we are able to release this updated Fatal Frame 5 as a big thanks to them. I would like to thank you all very much for your continuous support. Fear is an instinctual emotion that all humans share, so I would like to continue to offer new scary moments whenever I get the chance. 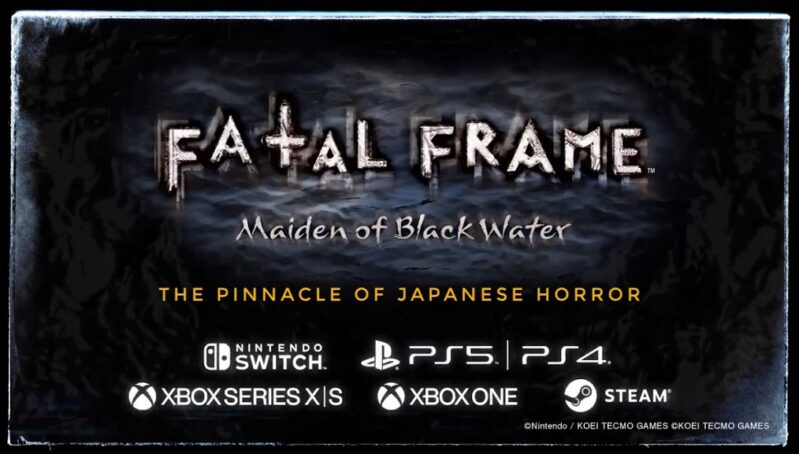 We hope you enjoyed this exclusive look into the minds of these excellent creators and their unique perspectives. Stay tuned for a full review of Fatal Frame: Maiden of Black Water when it launches next week.

Meanwhile, you can pre-order the game on every modern platform’s digital storefront and show support for the series, which has been rumored to possibly be continuing if this remaster gets enough support from us fans!