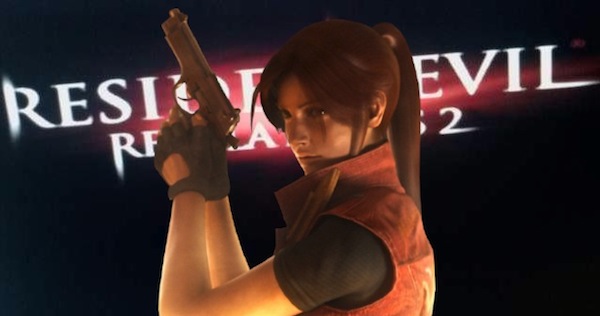 Today brought forth a refreshing rumor for Resident Evil fans. Said rumor included a leaked promotional image for Resident Evil: Revelations 2, which indicated that the game, if legit, will be landing on the Nintendo 3DS on December 3rd of this year. Yeah, this year. This is all just a rumor for now, of course, but it’s fun to speculate!

This may sound quite silly, but just hear me out. It’s a comparison I just have to make. I think, if real, Capcom will be taking a Pokémon-like approach with Revelations 2 as far as color schemes go. Think about it. The original Revelations’ main color was a Jill-inspired blue, and by the looks of this leaked promotional image, Revelations 2 will utilize a red color scheme. Resident Evil Aqua Blue and now Resident Evil Blood Red!

In all seriousness, though, the color could indicate something much more important: the return of Claire Redfield.

Remember that rumor from a while ago regarding Resident Evil: Downfall for the Nintendo 3DS? Coupled with that, we also got a rumor that mentioned a bundle coming out exclusively for the handheld, compiling Downfall with the two CG films, Degeneration and Damnation. That didn’t happen, but never say never. Downfall could very well be something coming to fruition, or more specifically: a game with Claire in the lead role.

Ms. I-don’t-know-if-I-could-punch-boulders-like-my-brother has been out of the spotlight for far too long. It’s time to change that, Capcom. A potential sequel to the excellent Revelations could do that, a sequel which is very likely due to producer Masachika Kawata’s willingness and interest in developing one (as expressed to IGN). It’ll keep the trend of not only superbly blending horror with survival action, but also starring one of the series beloved heroines. As much as I love Jill (and trust me, I LOVE her), it’s time to hand the torch to Claire for this outing. 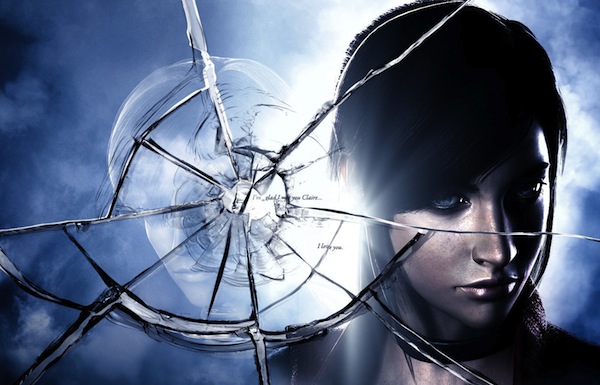 As for the game’s actual story, it would make sense to have it be another title that bridges the gap between two main numbered entries. Naturally, this time it should take place between the events of Resident Evils 5 and 6. After Chris’ war on bioterror in Africa, Claire could be caught in another outbreak scenario. But this time, it’s more contained and not exactly on the scope of the previous games, so the BSAA or DSO aren’t brought in, due to its secrecy. It should be more in line with the original game and its iconic mansion. The original Revelations had an entire ship, this rumored sequel should follow that up with another memorable and eerie locale. While I would love to see the sequel focus more on the horror aspects, I wouldn’t mind playing through some action-oriented segments, and these could even come in the form of flashbacks.

The action-packed chapters in the game could have Claire remembering certain parts of her past and her experience with BOWs. So, these segments can include set-piece moments from Resident Evil 2, CODE: Veronica and Degeneration. I can see it working, and it’ll serve the story well by building up Claire’s character even more for the player, which is needed since the newer fans of the series today are accustomed to seeing Chris and Leon taking lead roles, and Jill, as far as the female leads go. This will also have Capcom brutally teasing us with bits of what could’ve been a full-blown Resident Evil 2 remake!

And, of course, just like the original Revelations had its twists and turns, the sequel should do the same, and continue to stay true to this sub-series’ title. By the end of this game players should find out exactly why Claire isn’t present during the events of Resident Evil 6. Maybe some big tragic revelation dawned on her, leaving her emotionally and mentally unable to continue the fight against bioterror. Maybe the big revelation here has to do with Steve. Perhaps the main setting of the game could be a creature-filled lab, with traditional traps and puzzles, with a reanimated Steve waiting for Claire at the heart of the complex. It’s just a theory, but I think the relationship between Claire and Steve is a story thread that could be revisited, and it could definitely bring about a strong emotional connection to Claire from players.

What do you guys think? Do you think we’ll be seeing a sequel to Revelations? Would you want to see a sequel? If so, do you agree that it’s time for Claire to make her glorious return? Let me know in the comments below! Also, feel free to follow my daily craziness on Facebook and ask me about anything Resident Evil (or anything really)!