Due to the upcoming release of the downloadable content for Resident Evil 5 and today being the infamous Valentine’s Day we thought its time to celebrate our top 5 Resident Evil Couples!

Ever since they became comrades, Barry had an eye for the young and beautiful Jill Valentine, while at the same time having family and children waiting at home. The call for support at the Arklay Mountains ties them and they share things all the way through the mission. While his attempts at flirting include “why don’t you, the master of unlocking, take this lock pick?” are very well received, he goes a bit too far when he suggests a “Jill-sandwich” in the middle of one of their most serious missions ever. Barry’s clumsy, yet cute attempts to relive just a bit of something that never really existed failed. A pretty short relationship, thus our number 5. 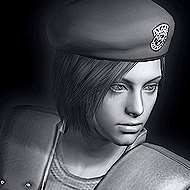 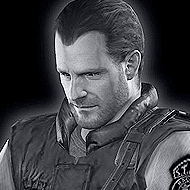 Misunderstood love. After all, Forest only wanted to to hang out on the balcony of the Spencer Mansion, watching his favourite animal, the Crow, while wrapping a blunt full of finest marijuana, given to him by Enrico Marini, Bravo Team’s leader (known for his efforts to legalize marijuana for use on military personnel to relieve stress during missions). Apparently Forest was able to relieve stress so much that he was unable to shoot down some slightly mutated crows flying arround in the most clumsy way possible. 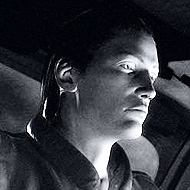 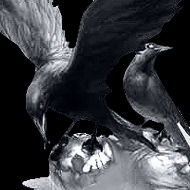 One of the more romantic love stories in Resident Evil history. Policewoman catching bandit. Sent in to investigate mysterious murders in the Arklay mountain region, Rebecca gets cut off from her team.  She only knows that an assumed serial killer has fled into the deep forest. A short time later, in a seemingly abandoned train Rebecca first meets this big, musuclar and sexy man.  You could read a special wish from her eyes… Billy, however is not really interested in “Dollface” and has to end “their little chat time.” He soon cannot get “Dollface” out of his head, and begs for “team action” in their next encounter. This is where it all started. Together they were unbeatable, until the fact that Billy should actually get sentenced to death due to the murder of 26 people had them having to re-think things. Rebecca had to let go Billy for good… a story to be continued? 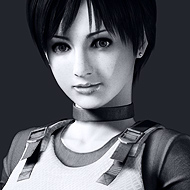 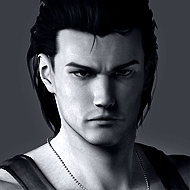 Heavy feelings in only 1 day. It’s possible, but only in Raccoon City during the most catastrophic viral outbreak in American history. It must have been love at first sight for Leon, not so much for Ada, since she prefers to head off immediately when chances of deeper feelings are about to arise. “Ada, wait!” “Waaaait”. If she had just waited when Leon begged her to, she might not have experienced a heavy fall into the darkness of inevitable death. “Ada, noooooooo!” Leon could not hold back his feelings anymore, fought himself and a bitch he could really care less for through the zombie infested city. To forget the drama with Ada he put alot of work on his shoulders and even became a direct agent taking care of the US president’s daughter… another bitch he could care less for…only Ada is of interest to him, even after all this time. Somehow he couldn’t belive his “Adaaaaa!” was really dead. For good reason, because Ada survived the fall and they met again in a Spanish village just so he could receive the same form of treatment like in Raccoon City. At the end he seriously considers Ashley “the bitch’s” offer of “some over-time”… 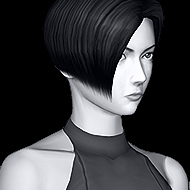 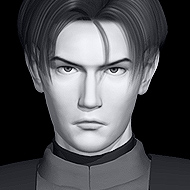 Over a timespan of more than 10 years, neither of these two have forgotten about each other.  Being the perfect couple back in 1995, no one thought Albert would betray Chris like he did. Soon realizing his mistake, Albert injected himself with a virus just to stay alive after suffering a deadly injury and search for Chris thereafter.  To relive their love… or for whatever reason. They finally had their reunion on Rockfort Island “Long Time no see Chris”.. hate-love in the way only Chris and Albert understand. A sad story continued when they had their ultimate cat fight on a volcano with Albert’s final begging, “Why don’t you understand Chris?” Chris however puts an end to this everglooming love and agrees that “this is worth fighting for” while smiling at both Sheva and Jill sitting in the helicopter to loveland. Not another serious relationship again he thinks.. 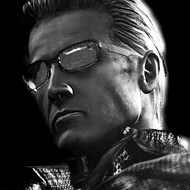 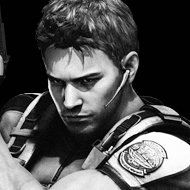