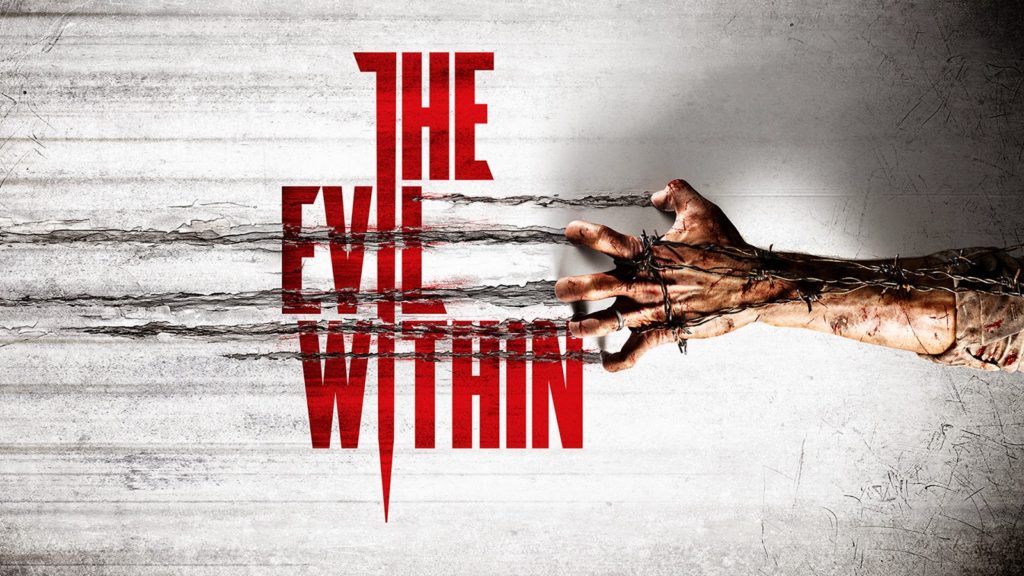 With the world on hold, and daily news proving far more terrifying than anything the human imagination could conjure, I like many am using the extra time to revisit old favourites. Lockdown has given me the opportunity to go back to some familiar friends in the forms of games, movies, and music that I remember fondly to help distract myself from the maelstrom outside my front door.

One such friend I have been spending time with lately is 2014’s The Evil Within — a game that I was lukewarm on when it was released, as it didn’t live up to the ‘Resident Evil Killer’ status I had hyped it up to be in my head, but has since grown on me over the years to become one of my favourites within the survival horror genre. 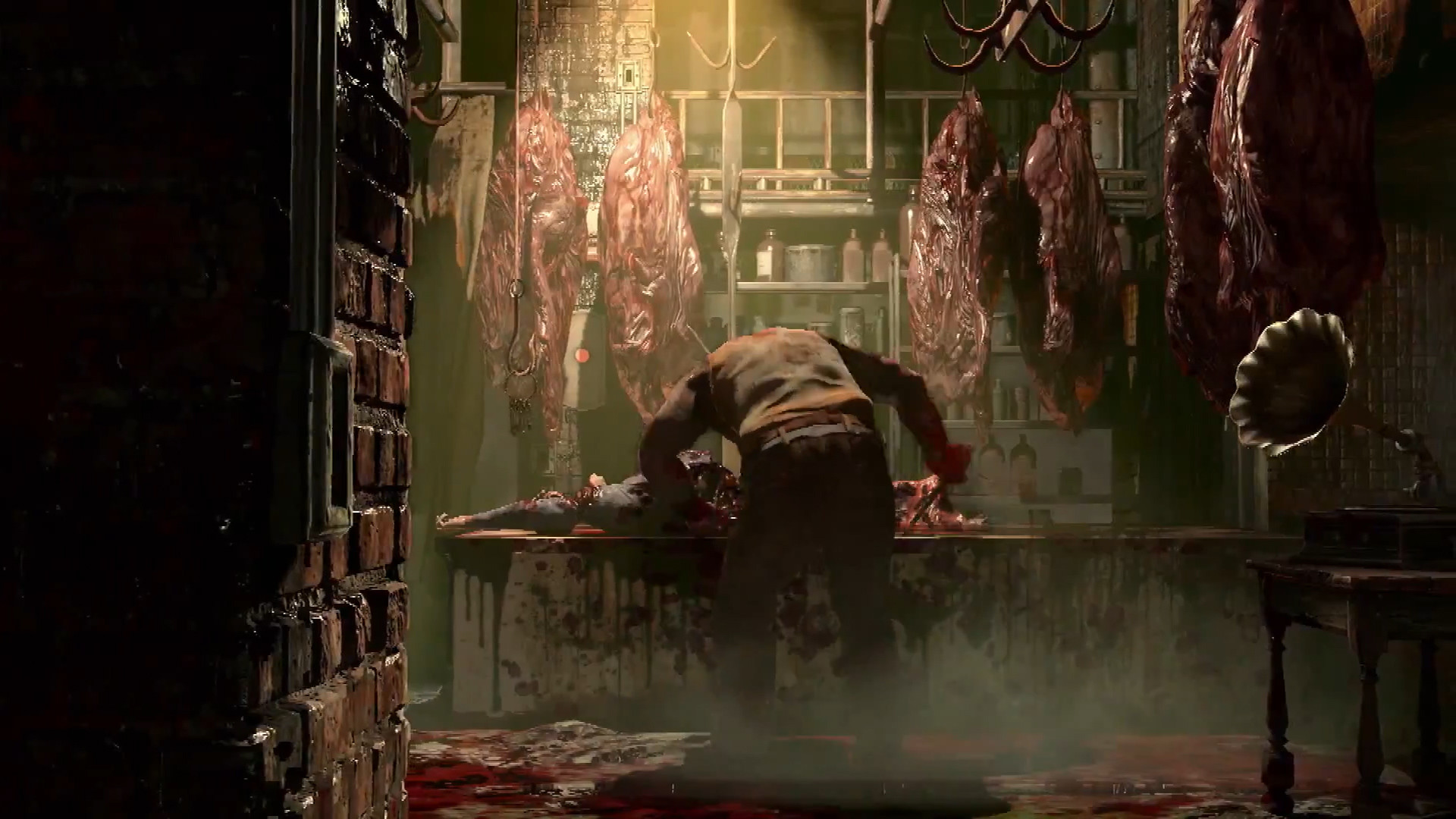 With the rumoured Resident Evil 4 remake apparently brewing away with the blessing of original director and gaming legend Shinji Mikami, I thought now would be a good time to revisit what may be one of his best works. It is far from the perfect Mikami game, that honour, in my opinion, falls to his remake of the original Resident Evil, but what makes The Evil Within so special is its clear love for all things horror and its commitment to showing this love in the most balls to the wall insane ways it can.

2014 was a weird year in gaming. It was the year that most games were transitioning over to the latest generation and nothing felt like it was going to hit as hard as The Last of Us and Grand Theft Auto V from the year before. Sure, there were some hits coming out on the scarier side of things, the ungodly abomination that is Five Nights at Freddy’s came out that summer after all, but blockbuster horror games were few and far between. The two biggest of the year were set to be Alien: Isolation, a game that surprised many with just how good it was, and The Evil Within, which I and many others hoped would breathe new life into the genre after the awful Resident Evil 6.

What Mikami and his new studio Tango Gameworks unleashed onto the market was not quite the Resident Evil beater we had hoped for, but instead a rough around the edges gorefest that would take as many influences from the horror genre it could and mash them together into a barely comprehensible but undeniably enjoyable romp.

The Evil Within tells the story of the awfully named Sebastian Castellanos, a detective in the equally awfully named Krimson City. Sebastian, along with his partner Joseph and rookie officer Kidman (voiced by the lovely Jennifer Carpenter of Dexter fame), respond to a bloody mass murder at the Beacon Mental Hospital. What follows is a sixteen-chapter fever dream that can be best described as a mixture of A Nightmare on Elm Street and the Jennifer Lopez movie The Cell, which is absolutely meant as a compliment.

The head-trip chaotic nature of the game’s story is in fact precisely what enables The Evil Within to be such a great time. As Sebastian is thrown across different locations by antagonist Ruvik (expertly played by Jackie Earle Haley), Tango Gameworks are given the opportunity to present some of the best environments seen in this kind of game.

The Evil Within jumps from one set piece to another, all of which will be instantly recognizable to a horror fan. In one level Sebastian battles crazed farmers in a rundown European village, another takes place in a derelict castle before jumping to a Silent Hill style hellscape of rust and barbed wire. We even get the genre favourites of a creepy mansion and evil research centre for good measure. While it may not win any prizes for originality, the environmental and level design on display throughout The Evil Within is excellent. Everything is presented in such blood-splattered glory that it is clear to see it has come from a team that loves the genre and has tried to cram as many homages as it can into one game.

Equal attention has been paid to the enemy design in The Evil Within, and it comes together with the environments to be the strongest of what the game has to offer. Want a crazed madman with a chainsaw? It’s here. Along with your typical cast of grotesque zombies, deformed wildlife, and even a freaky long-haired woman with spider arms that may have well done a Samara and crawled straight out of a demonic VHS tape. Special mention also needs to be given to The Keeper, and enemy so cool he was given his own DLC.

What prevents this clear impersonation of other horror movies and games from falling into generic territory is the skill in which it is presented. It is hard to find a creepy industrial complex boring when it looks like all my favourite death metal album covers come to life. I found myself pushing through the game largely to see what macabre environment or grotesque enemy I was going to face next. 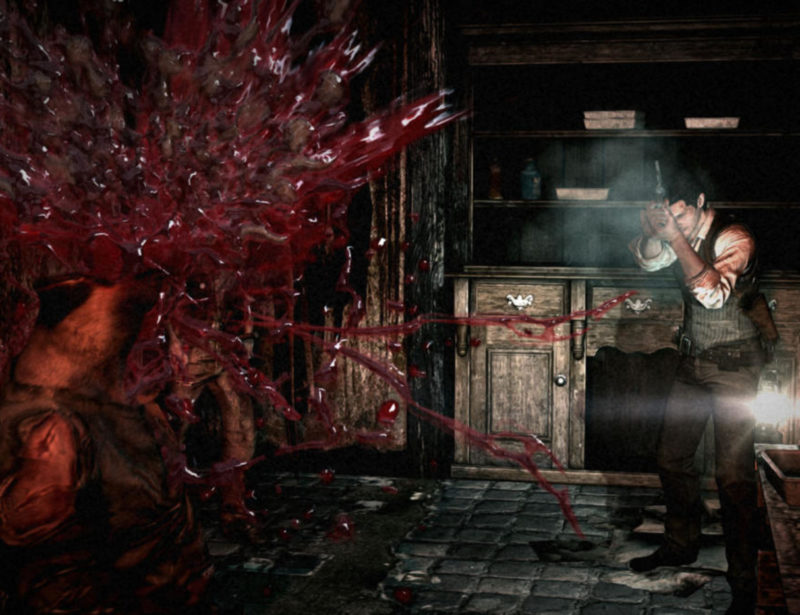 When it comes to gameplay, Resident Evil 4 was undoubtedly the template for The Evil Within. Considering the mind behind both games, this is unsurprising; the gunplay, weapon upgrades, and emphasis on item management will be familiar to anyone who has played Mikami’s earlier works. It is a solid, enjoyable core of moment to moment gunplay and puzzles that has been emulated a hundred times over the years but is entertaining all the same.

However, the game does its best to separate itself from its estranged uncle. Stealth plays a big part in The Evil Within, with Sebastian able to hide in closets or under beds, which is particularly essential on harder difficulties. It also plays around with a crafting and light leveling system that sees Sebastian extracting green gel from the brains of enemies to increases his stats and weapon capabilities (with a giant needle no less).

The Evil Within is by no means perfect. The controls can be frustrating at times, and some of the later boss fights become exercises in patience more than pleasure as pretty much all of them have one-hit kill moves that are tough to avoid. It also drags a little during the later chapters despite the final boss fight being one of the most bonkers things I have ever seen in a game; honestly, it is Chris Redfield in a volcano levels of crazy.

It is precisely because The Evil Within doesn’t do anything new however that I enjoy it so much. It reminds of the classic B Movies that I love. It isn’t perfect and all its part don’t quite fit together, but it is delivered with enough passion and care that you can’t help but enjoy it. Shinji Mikami set out to make an off the wall, bloody mess of a videogame that showcases everything good about horror and that’s exactly what he did. It’s never going to win any awards for originality or even quality, but The Evil Within is a game made by horror fans for horror fans. Once I looked at is this way instead of an attempt to outdo Resident Evil, I grew to love it.

If Silent Hill is The Exorcist of games and Resident Evil is Night of the Living Dead, then The Evil Within is Hellraiser 2. It’s a bloody good time made by a genre master that might not make it into the hall of fame any time soon, but you’ll probably turn to it when the world goes to hell.

As I write this I am about half way through a new run of The Evil Within 2. A more than decent follow that saw Mikami step away from directorial duties. While not quite as beloved as the first game I think the sequel has a lot to say, and is definitely worth exploring in more depth. So watch this space.