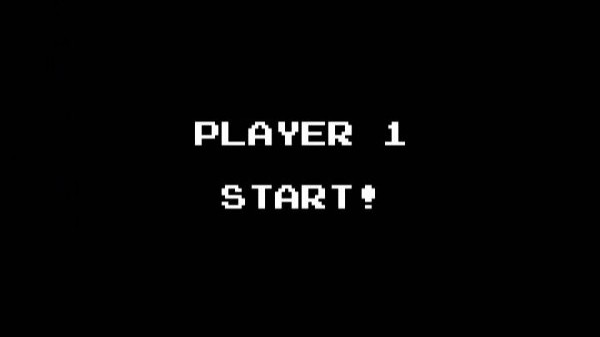 When I was a kid, I was pretty superstitious.  I was telling a friend of Friday the 13th, on Friday the 13th and the two of us suddenly grew fearful of everything after the sun went down.  I had left something in her backyard treehouse and before I left, the two of us debated on going to get it, deciding that the both of us should just go together.  We were both scared, but we knew we wouldn’t be as scared if we were together.  When her father knocked over something in the garage before driving me home, my friend and I screamed and freaked out until he turned on the garage lights and showed us it was a shovel and not an axe.  Come to think of it, he probably orchestrated the whole thing.

The point of the whole embarrassing introduction here is that things aren’t so scary when you’re among others.  Had I been alone when the shovel fell, this article would never have been written, for I would have died. 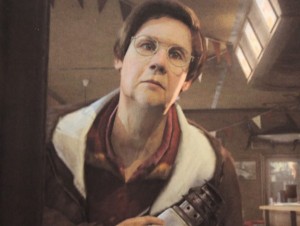 Or vowed to live in the light forever

With so much power given to a particular situation just by subtracting other people,  you really have to wonder why a survival horror behemoth like Resident Evil needs co-op or online play at all.  Look at the traumatic event above as an example.  My friend and I are squad-mates and we hear an ear-shattering ‘twanggg!’ at 8 o’clock.  We start firing at the location (because we were eight, and something that sound that close could only be evil) and our third squad-mate turns on the lights to reveal it is a shovel, now ridden with bullet holes and grenade shrapnel.  We rely on our teammates to hold the line and save us should we need saving and relying on those team mates takes out an uncertainty that survival horror depends on to be an effective genre. 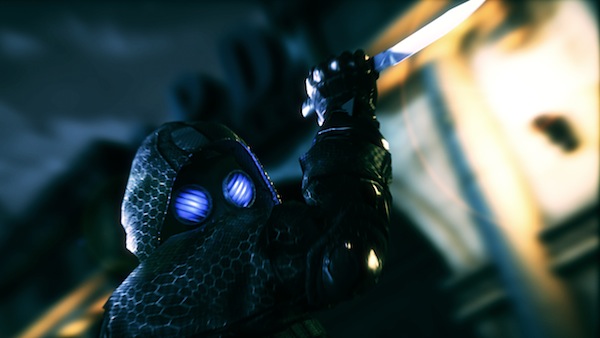 I won’t lie here – ORC had a lot of potential.  I mean think about it; you’re going back to Raccoon City *as the bad guys!* What’s not to love?  An iconic location, a zombie outbreak!  How can that be a bad thing? However whatever promise ORC had was killed on what in essence was a heavy reliance on multiplayer.  Add to the mix broken mechanics and a disappointingly bland narrative and you’ve got yourself possibly the worst game in the franchise’s history.

**Our Editor in Chief gave the game a hearty 7/10 – he liked it.  There are a lot of people that like it and I respect those opinions – but it’s not one that I feel a particular need to share.**

I had a feeling this sort of thing would happen back when Capcom issued a statement saying that they were outsourcing much of their development for their most popular franchises.  While I was excited for more Resident Evil games, I knew that deep down, this didn’t bode well for the series as a whole.  Having a basic grasp on how business works, outsourcing means cutting costs.  Cutting costs oftentimes means cutting quality.  Basically, Capcom was looking for the biggest bang for the least amount of cash required.

Imagine if you will a bunch of suits sitting around a big table discussing ideas to keep the Resident Evil franchise relevant in today’s marketplace.  And just so we’re clear, I refer to ‘suits’ as in executives who rarely know what is good for the franchise.

Big Exec: We need to have multiplayer in our next game at all costs.
Exec2: Well we already had multiplayer in our last numbered entry and the fans hated it, but we sold an assload of copies…
Exec 3: Multiplayer it is then! But how?  Let’s look at what’s popular right now.  Everybody likes Call of Duty, right?  Did you know Call of Duty has zombies in it?  It’s a whole zombie mode!
Big Exec :  Hell, this is Resident Evil we’re talking about here!  Zombies are pretty much our thing!  That and semi-sentient parasites.
Exec 2: Hey, we can set the game during the events of Resident Evil 2!  In Raccoon City! Fans have a perpetual hard-on for nostalgia!
Big Exec: I’ve heard enough.  We need to make this happen NOW!  Let’s flip a coin to decide whether we use zombies or the parasites.

Overly exaggerated, but you get the point.  Why does Resident Evil even need multiplayer? After all, an important – if unadvertised – component of the classic Resident Evil titles involved isolation.  It’s where that coveted ‘Resident Evil feeling’ comes from.  Your characters were isolated, the player was probably isolated too.  Even Noritaka Funamizu, a producer with the series argued that part of what makes Resident Evil scary is the lack of multiplayer – you have to play the game on your own. 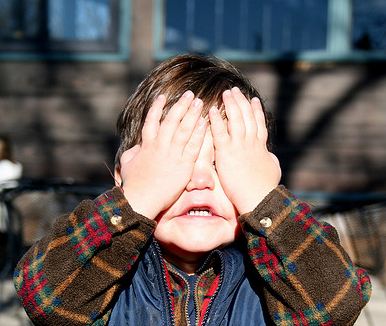 Sorry kid, you’re going to have to fight through that army of the undead, so eyes open!

That aspect of gaming alone makes horror video games the most powerful medium to tell a good horror story.  Video games don’t let you skip pages, fast forward or even hide your eyes til it was over.  You have to face your fears.  Advancement and failure are all on your shoulders as the game will not play itself.

Resident Evil: Revelations took a page from the isolation book and put their main setting out in the middle of the Mediterranean.  Revelations was an amazing game, without a trace of multiplayer to be found.  You had a co-op partner with you, but they were a soulless AI while not being a super aim-bot like Sheva.  They missed and hell, half the time they didn’t even use the best guns for the job. 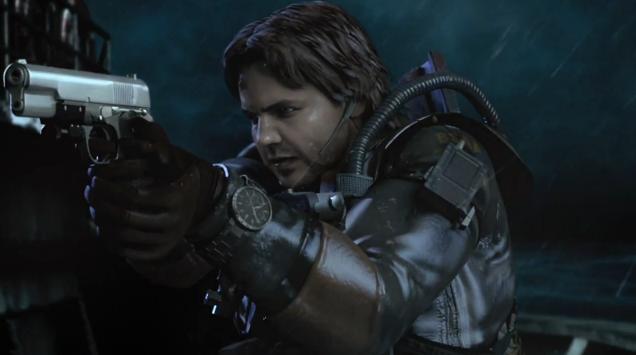 This guy can take a beating. AI controlled partners do not incur damage

So despite the fact that some of the producers themselves felt that multiplayer shouldn’t be included in the games, it still persists.  Why?  Why is it that to succeed in today’s gaming market, your game needs to have multiplayer?  Even games that don’t need multiplayer are making the stretch to throw it in just to boast that they have it.  How have we gotten to the point where a game needs to have multiplayer just to be seen as having some sort of replay value or longevity?  How has the single-player campaign fallen to the wayside in favour of Team Deathmatch, Deathmatch, Capture the Flag and Infiltrate? 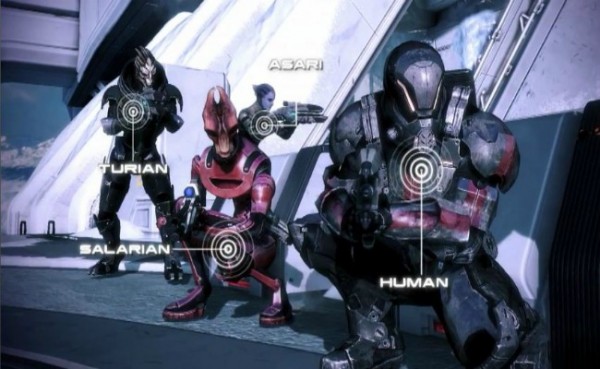 Why do we need this?

Operation Raccoon City wasn’t the first to have online multiplayer as a feature.  Resident Evil 5, love it or hate it, implemented co-op in its campaign pretty well.  However the mechanics of the game, the way your character moved, the weapon set and the levels themselves didn’t bode well for any kind of competitive multiplayer.  As such Versus was an absolute nightmare to play.  Run out in front of someone, shoot them and hope that your gun is more powerful than theirs, run away, run around and try to get behind them, curse the inability to duck or use cover, die. 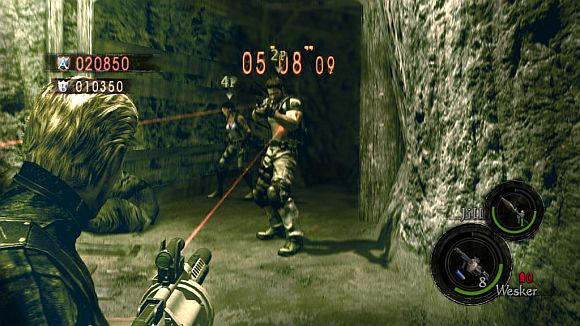 We both know how this is going to end. Accept your fate!

However even Resident Evil 5 isn’t even the first time that the RE universe has traversed the multiplayer campaign battlefield.  Staying far, far away of Deadly Silence here, back on the Playstation 2, the Outbreak spinoff series was teaching the world a thing or two about online multiplayer.  You’d think that being a trend-setter in the online multiplayer world, Capcom would have their game perfected, right?  Well, at least there’s something to be said about learning from mistakes of the past.

The inability to effectively communicate with the rest of your team was a serious problem.  A set of pre-determined responses were available, but sometimes the ‘ad-lib’ responses just didn’t cut it.  For instance, there was really was no response for “Hey, wait for me!” or “Don’t take all the ammo ya dick!”  or even “Help!  You barricaded the only exit and I’m trapped back here with zombies!!!!” 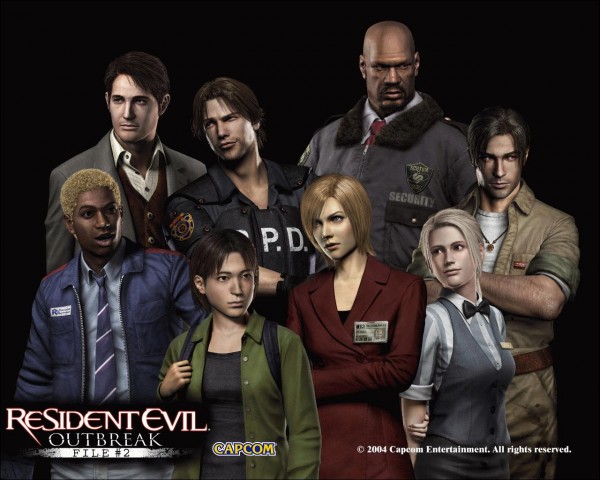 We’re all friends for the press shots, but once the cameras disappear, all bets are off

The ad-lib system was implemented due to the fact that the development team thought that full blown communication ruined the atmosphere – which in a sense is true.  Unfortunately, crippled communication makes for a rather frustrating multiplayer experience, but a good survival horror experience.  I think we’re seeing a pattern here.

The game does have its fans and it would be nice to bring the game back with an updated communication system, running on next gen hardware and an arguably improved network experience, even just for the nostalgia.  However, Capcom being the killjoys that they have been lately, this seems unlikely to happen like I see in my dreams.

All of this really makes you wonder if Capcom, with the Resident Evil series should just leave multiplayer alone and go after what they know.  Revelations was an awesome experience with no multiplayer to be found.  It had the potential to, with the 3DS’ online capabilities and there was even a canned multiplayer component almost completed, but in the end Revelations remained a single player affair.

Resident Evil 6 so far hasn’t advertised any kind of multiplayer and if we’re lucky, they won’t bother to include it.  The pessimist in me however bets the odds that they’ll leave it out completely somewhere near the odds of pigs flying.  However as a longtime fan of the series, I remain forever hopeful. 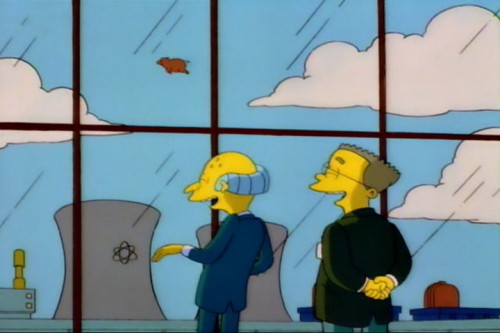 You don’t win friends with salad