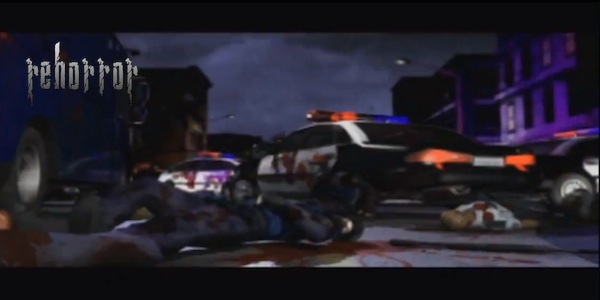 Halloween is my favorite time of year. I’m sure that’s also the case for many of you that read this site on a regular basis. Horror movies are playing on TV all day, people are visiting local haunted sites, pumpkins are being brutally carved, and gamers are revisiting their cherished horror games. It sounds better than Christmas to me!

For this year’s Halloween season, I decided to go back and replay all the main entries in the Resident Evil series. I was going to branch out beyond Resident Evil and play entries from other horror series (though I am also busy with Castlevania: Lords of Shadow – Mirror of Fate HD), but time isn’t as plentiful as it used to be. During my marathon, I found myself caught in a deadly silence at the following revelaiton (yes, I went there): I’m pretty worried for the future of my favorite series. I’ll be devoting an entire article to my major concern with Capcom’s future plans for the series at a later date, but for this piece I’d like to focus on exactly what made me realize this now more than ever. Besides the obvious being horror, it all basically comes down to one major element that’s now missing from the series: Raccoon City.

While we watch and read (and play) The Walking Dead and expose ourselves to other zombie media quite frequently to get ourselves ready for the zombie apocalypse, we all fear the day a viral outbreak will actually cripple our society. Oh, who am I kidding?! We all can’t wait for that day to come! City-wide outbreaks are beloved scenarios by horror fans, and we owe that to George Romero and Resident Evil, specifically Resident Evil 2 and 3 as far as the series goes.

The original Resident Evil pit players in a mansion situated in Raccoon City’s backyard, the Arklay forest. Resident Evil 2 took things a step further. It kept that classic sense of being holed up in a confined area, in this case a police station, for a good chunk of the game, but it also opened up part of the corpse-adorned city as well. Players could traverse a few of the city’s blood-splattered streets in the beginning of the game. For all intents and purposes, this was one of the first (if not the actual first) games to popularize the aforementioned city-wide outbreak scenario, giving players a new level of horror not experienced before (but already seen in Romero’s films).

Zombies in confined halls and rooms are scary enough, but now players were immersed in a city filled with the undead. The beginning of Resident Evil 2 showed us that Raccoon City had turned into hell on earth, and then once you got to the police station you couldn’t help but fear those monsters breaking in in hordes. That level of tension was always there throughout the entire game. The moans outside were constant reminders that while you were “safe” inside the walls of the police station, those zombies were just waiting for you, threatening to flood in at any moment. And flood in they do, which ended up being one of the most thrilling moments in the game for me, and one of the most memorable.  Do you use the cable to activate the shutters for the hallway near the evidence room? Or the hall leading to the basement? Whichever you went with yields a nice shock when you play as the alternate character in their own scenario. Whatever hall you left unsecured gets blessed with a horde of zombies pouring in through the windows. This classic scare perfectly reinforced the fear players had of the horrors lurking outside. Whenever the remake of the game does come out, it should have more moments like this.

Then I had to finally break up the faithful relationship my Resident Evil 2 disc had with my PlayStation, making it go its separate way (thankfully without a scratch) to make room for Resident Evil 3. Resident Evil 3 hit along with a monster that made all of Umbrella’s previous creations pale in comparison: Nemesis. But just as importantly, the game truly opened up Raccoon City for us to explore. While not open-world, we got to traverse key locales and many streets and alleyways throughout the city. Knowing that you were surrounded by countless zombies with no easy escape in sight was enough to maintain the fear throughout the game, especially with Nemmy hot on Jill’s sexy tail, and an increased number of zombies (with their moans in the distance being just as scary). The game’s intro cinematic is one I’ll never forget. Seeing how even the city’s officers weren’t enough to contain the outbreak, and just witnessing everything going straight to hell was both terrifying and beyond awesome. Capcom’s “world of survival horror” was finally fully realized with this game in the form of Raccoon City. While not as deep as the titular town in the Silent Hill series, at this point, Raccoon City had became a character in and of itself for Resident Evil. 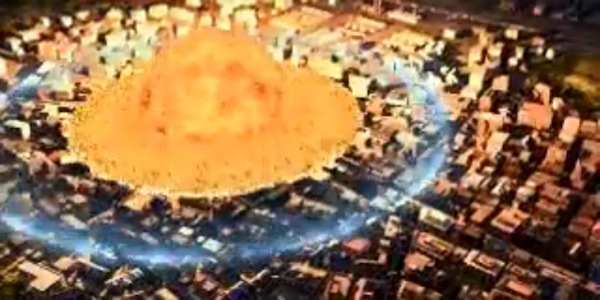 Then the city got wiped from existence, along with hope of a return to the series’ glory days not seen since the saga of the classic trilogy.

The main games that followed Resident Evil 3 all failed to hold a setting that could rival Raccoon City, let alone a setting that can be prominent throughout another trio of games. Most recently, Capcom tried with Tall Oaks in Resident Evil 6, but it didn’t succeed. Granted, I still think the game is great (go on, attack me!), but Tall Oaks just didn’t feel as engaging a setting as the original trilogy’s. It felt almost lifeless compared to Umbrella’s urban playground. Resident Evil 4’s setting was extremely memorable, but again, it couldn’t conquer Chief Iron’s town (as amazing as the village sections were), and the same goes for Resident Evil 5 and its, sad to say, mostly generic shooting galleries. Revelations is the only recent game in the series with one of the best settings, but that’s more of a throwback to the original game’s singular mansion than an actual city to traverse. So what am I proposing?

Well, Capcom should consider going backwards with their next Resident Evil game. By that I mean, back to Raccoon City (let’s ignore Operation Raccoon City, k?). There’s still a lot of stories to tell when you think about it ,especially ones that could star everyday normal residents as opposed to cops or mercenaries. Doing so would bring back those long lost survival horror elements (Revelations was a good start!). You’d feel helpless and underpowered to take on the hordes of walking corpses in Raccoon City, making the threat feel even more real. Another Outbreak game would be nice, and it would definitely make a lot of fans happy, especially after the disappointment many of them felt with Resident Evil 6. Let’s go back to the Outbreak spin-off series and perhaps develop that further, exploring other survivors experiencing their lives sinking to hell because of Umbrella. Or, better yet, Capcom should just remake Resident Evils 2 and 3, combining both their stories into one epic tale of survival horror.

Though that all may just be wishful thinking. Which is why I’ll still be playing the original trilogy for God knows how many more years to come. I always revisit them because I consider Raccoon City my home away from home, and it’s a home I always dearly miss. For me, these games are the perfect ones to play during the Halloween season. And by Halloween season I mean 365 days a year. It’s always Halloween for me.